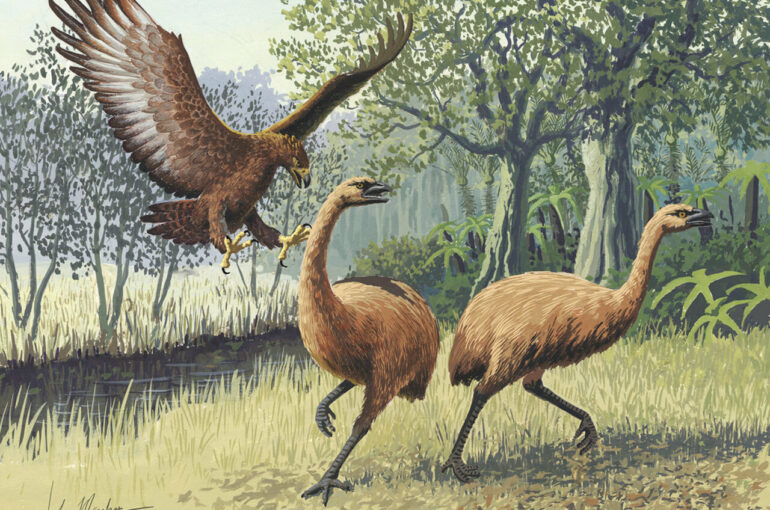 Ancient moa DNA has provided insights into how species react to climate change, a University of Otago study has found.

By analyzing ancient DNA of the extinct eastern moa, researchers from the Department of Zoology found the giant birds altered their distribution as the climate warmed and cooled.

This is in comparison to the heavy-footed moa, which retreated to both southern and northern regions of the South Island, while the upland moa inhabited four different areas.

“The eastern moa’s response had consequences for its population size and genetic diversity—the last Ice Age lead to a pronounced genetic bottleneck which meant it ended up with lower genetic diversity than other moa living in the same areas,” Dr. Verry says.

The study, published in Biology Letters, is the first time high throughput DNA sequencing, which simultaneously sequences millions of pieces of DNA, has been used to investigate moa at the population level.

The findings highlight how past climate change impacted species in different ways and that a “one size fits all” model is not practical.

“It makes us wonder what is going to happen to species as they attempt to adapt to climate change today and into the future? Will they also attempt to move to new areas in order to survive?

“For some species this will not be possible, some species will run out of space, such as alpine species which will have to move upward but can only go so far until there is no more ‘up’,” he says.

Co-author Dr. Nic Rawlence, Director of Otago’s Palaeogenetics Laboratory, says the research is a rare example of the impacts of past climate change on extinct megafauna from New Zealand.

It also demonstrates how fossil remains and museum collections can be used to answer new questions about the past.

“This is really bringing the power of palaeogenomics to New Zealand research questions, whereas previously most research and interest has focused on Eurasian or American species. We are really starting to build capacity for this research in New Zealand,” he says.

Provided by
University of Otago