Fight or flight? How birds are helping to reveal the mysteries of evolution 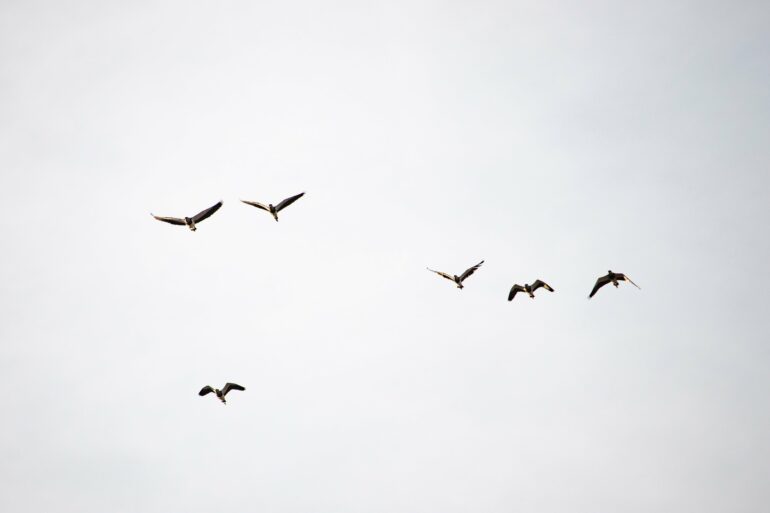 New research from the University of Massachusetts Amherst uncovers the negative link between flightworthiness and fight-worthiness in birds. Evolutionary pressure demanded that birds could either fly or arm themselves—but not both. Furthermore, the new research suggests that developing wings and not bony spurs involved both sexual and natural selection. This insight helps us better understand how the enormous diversity of life and earth came to be.

Beetles do it, deer do it, even crabs in the sea do it. But birds don’t. Carry weapons that is. “It’s kind of puzzling,” says João C. T. Menezes, graduate student in the Organismic and Evolutionary Biology Program at UMass Amherst and lead author of the new paper, published recently in Ecology Letters. “Birds have such spectacular songs, plumage and dances, but they mostly don’t have specialized weapons. It’s strange because dancing, singing, fancy feathers and fighting are all ways of successfully obtaining a mate, and often go together.”

To understand why, Menezes and his co-author, Alexandre V. Palaoro of Clemson University, went searching for two things: a dependable estimate of how many species of birds do in fact carry weapons, and a way of measuring how much, and how well, different species fly.

It turns out that, although the vast majority of birds are unarmed, a small percentage, 1.7% do pack weapons in the form of bony spurs on their legs. To measure different species’ flight aptitude, the researchers relied on the hand-wing index, or HWI, an enormous dataset that evaluates more than 10,000 species of birds and which lets researchers compare how efficiently different birds are at taking wing.

Menezes and his coauthor then compared the two sets of data and found a striking correlation: “the best fliers tend to lack spurs,” says Menezes, “and the most heavily armed fighters tend to struggle in the air.” All of which immediately begged the question, why?

To answer that, the researchers ran a number of simulations and models, which showed that bony spurs could impose a heavy evolutionary cost. While it’s true that weapons, like plumage, dancing and the ability to sing helps attract a mate and so are an advantage in sexual selection, the spurs make flying a more energy-intensive activity. Though it’s remarkably difficult to pin down exactly how this affected the course of evolution, it seems likely that spurs decreased an individual’s ability to fly fast, far and takeoff easily. This is where natural selection should kick in: spurs might make birds more likely to get eaten or require more food to meet their daily energy requirements, while their unspurred counterparts can get away, eat less and live to breed another day.

“This helps explain why birds have an amazing range of plumage, song and dance, while almost totally lacking in the weaponry department,” says Menezes.


Citation:
Fight or flight? How birds are helping to reveal the mysteries of evolution (2022, February 24)