Forest wildflowers and their overstory trees are changing with climate, but not always keeping pace 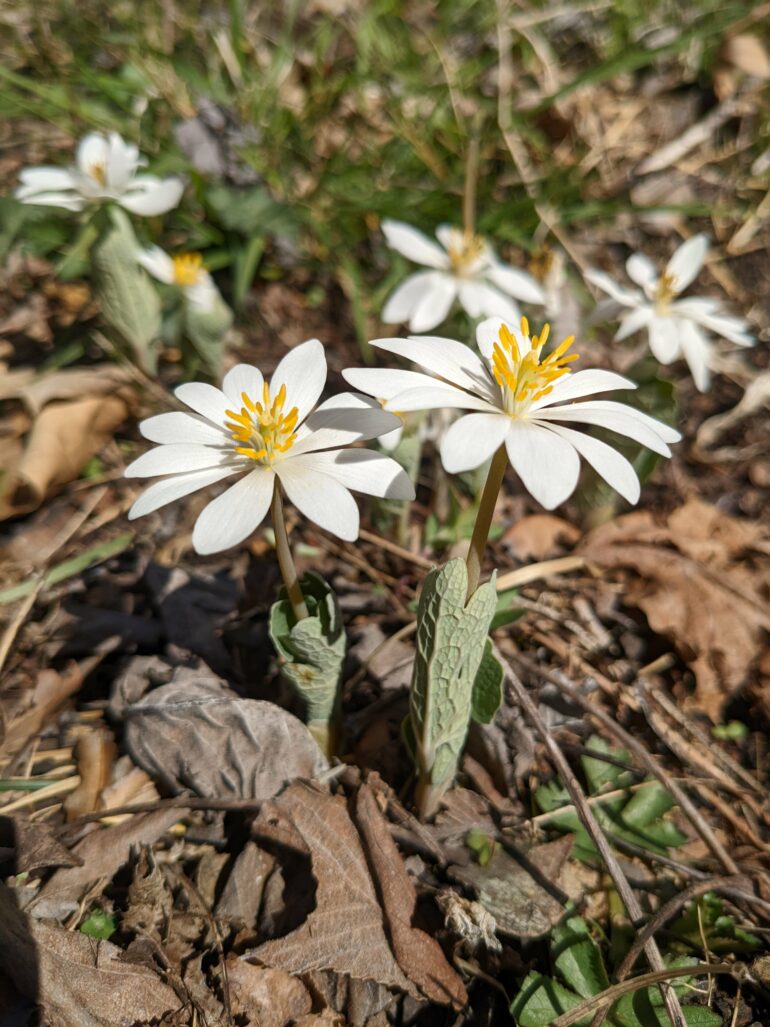 For spring ephemerals, timing is everything. These special wildflowers grow in temperate forests around the world, early in spring before the trees leaf out. Come out too early and it’s still winter, too late and it’s too shady under the forest canopy.

But our world is changing, and its plant life with it. We already see plants shifting their timing in response to warming temperatures, like cherry blossoms arriving earlier and earlier each year. When one part of the ecosystem shifts, will the other organisms that depend on it shift too, or will they be out of luck?

Researchers have been asking these questions about phenology under climate change for years, but most focus on plant-animal interactions, like pollinators coming out at the wrong time for flowers. Much less attention has been given to plant-plant interactions, like spring ephemerals that need time to grow before the trees above them leaf out.

In a recent Nature Communications study, an international team of researchers looked at spring ephemerals around the globe and over time to see how these flowers, and the canopies that threaten to shade them, have changed with climate. The work was led by Ben Lee, a National Science Foundation postdoctoral researcher; Mason Heberling, with the Carnegie Museum of Natural History; Sara Kuebbing, director of the Yale Applied Science Synthesis Program in The Forest School at the Yale School of the Environment; and Richard Primack at Boston University.

For the new work, colleagues around the world poured over herbarium specimens from their respective continents. These specimens give a snapshot of plants, preserved forever as they were at a certain date and location. The researchers tabulated data on thousands of understory wildflowers, noting whether they were flowering, what date they were collected, and where. They looked at spring trees, too, noting how developed the leaves were, when, and where. And they translated it all into English.

Lee and his team found that trees in North America were significantly more sensitive to warmer temperatures in the spring—meaning they shifted their timing more—than the understory wildflowers. If this shift continues, the already-short window for spring ephemerals could close.

But they didn’t see the same pattern on other continents. In Europe, wildflowers and canopy trees seemed to be shifting together over time. And in Asia, the understory wildflowers were shifting more than the trees—meaning they might actually get more light in a warmer future.

“One of the primary values that we have in herbarium specimens is access to past data,” says Lee. “We can’t go back and do field studies in the 1920s. But what we can do is look at plants that were collected in the 1920s, and have a rough approximation of what they were doing and where they were.”

Lee earned his Ph.D. in 2020 and is currently working with David Burke, the Vice President for Science and Conservation at Holden Forests & Gardens, to see how communities of beneficial plant root fungi called mycorrhizae have changed over 120 years, again using herbarium specimens.

“We can sequence DNA of mycorrhizal fungi from 100-year-old root tissue—that’s crazy,” says Lee. “Herbaria are incredibly useful, and they have only increased in value and increased in their utility as more people start to use them.”

Citation:
Forest wildflowers and their overstory trees are changing with climate, but not always keeping pace (2022, December 6)