Half-century of protection pays off for sea turtles 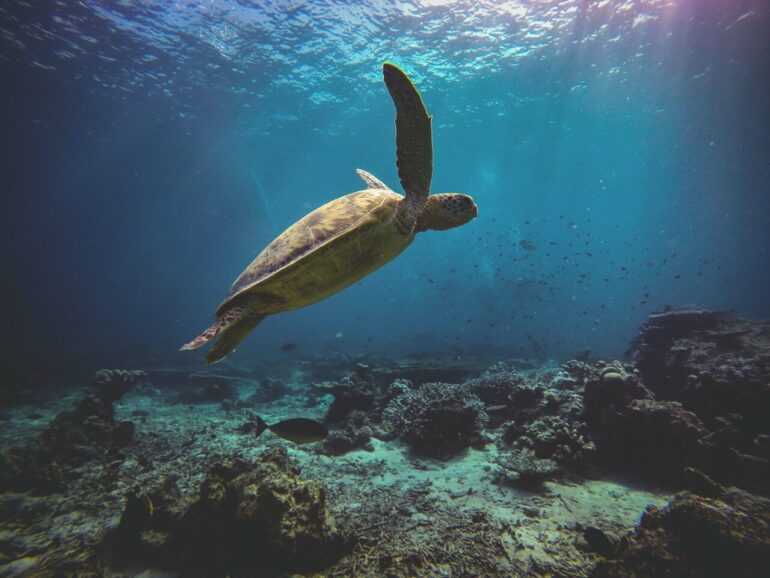 Green turtle numbers continue to rise on a group of islands where the species has now been protected for more than 50 years, new research shows. Turtles were hunted at Aldabra Atoll in the Seychelles until a ban in 1968.

The population has been tracked by estimating how many clutches of eggs are laid—and that figure has risen from 2,000–3,000 per year in the late 1960s to more than 15,000 per year in the latest data (2014–19). The study was carried out by a team of researchers from the Seychelles Islands Foundation with analytical support from the University of Exeter.

“Green turtles have suffered massive historical population declines due to intensive harvesting of nesting females,” said lead author Adam Pritchard, from the Centre for Ecology and Conservation on Exeter’s Penryn Campus in Cornwall. “Aldabra Atoll was the first green turtle nesting site to be protected in the Western Indian Ocean, with a ban on turtle capture in 1968, followed by continued long-term monitoring by Seychelles Islands Foundation researchers.”

Professor Brendan Godley, who helped supervise the research, added: “It’s been an honor to support the analysis of the decades of work by the Seychelles team. The ongoing population increase of Aldabra’s green turtles is testament to long-term protection, and offers some clear evidence of the fact that we can be optimistic about marine conservation, well enacted.”

The study’s results reveal that green turtle clutches have increased at Aldabra by 2.6% per year overall, with the greatest increase at Settlement Beach on Picard, where exploitation of nesting females was historically the most intense.

Co-author Cheryl Sanchez, who is currently doing a Ph.D. on Aldabra’s turtles, said: “This study demonstrates the importance of long-term monitoring, which is often seen as less glamorous and valuable than targeted research. It has taken decades of tireless commitment to collect the data to confirm this increase, and the foresight to protect the nesting population before it was too late. Aldabra’s green turtles should continue to be an incredible conservation success story that we can follow for decades to come.”

The study’s figures confirm Aldabra as the second-largest monitored green turtle rookery in the region. The research also shows the considerable contribution of Aldabra to regional green turtle numbers and clearly demonstrates the benefits of long-term protection and monitoring. Furthermore, with Aldabra’s turtle population still being well below estimated pre-exploitation population numbers, the increase is likely to continue.

The paper, published in the journal Endangered Species Research, is entitled: “Green turtle population recovery at Aldabra Atoll continues after 50 yr of protection.”

How a contagious cancer spread among clams


Citation:
Half-century of protection pays off for sea turtles (2022, March 10)