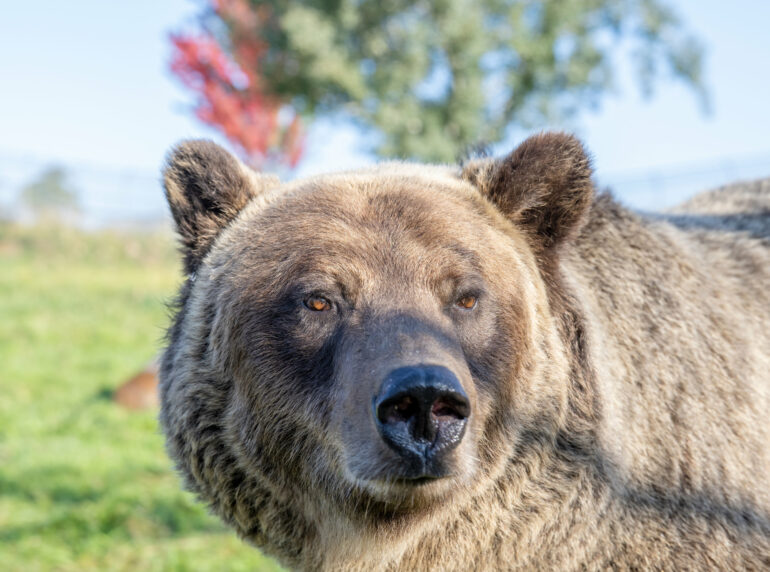 Feeding honey to hibernating bears helped Washington State University researchers find the potential genetic keys to the bears’ insulin control, an advance that could ultimately lead to a treatment for human diabetes.

Every year, bears gain an enormous amount of weight, then barely move for months, behavior that would spell diabetes in humans, but not for bears whose bodies can turn insulin resistance on and off almost like a switch. In the hunt for the bears’ secret, scientists at WSU observed thousands of changes in gene expression during hibernation, but now a research team has narrowed that down to eight proteins.

“There seem to be eight proteins that are working either independently or together to modulate the insulin sensitivity and resistance that’s seen in hibernating bears,” said Joanna Kelley, a WSU evolutionary geneticist and corresponding author of the study published in iScience. “All of these eight proteins have human homologues. They’re not unique to bears. The same genes are in humans, so that means maybe there’s a direct opportunity for translation.”

The research team analyzed changes in bear cell cultures that were exposed to blood serum drawn from grizzly bears housed at the WSU Bear Center. Both the cells and the blood serum were taken from the bears during active and hibernating seasons as well as from an interrupted hibernation period when researchers fed the bears honey-water.

In the lab, the researchers combined different cell cultures and serums, such as a cell culture from a hibernation season with serum from the active season, to analyze the genetic changes that occurred.

Through all the combinations, it was the serum from the mid-hibernation feeding period that helped the most in identifying the key proteins.

“By feeding the bears just for two weeks during hibernation, it allowed us to control for other things like daylength and temperature as well as food availability,” Kelley said.

Bears do typically get up and move a little during hibernation, but they usually do not eat, urinate or defecate. The researchers used these waking moments to offer the bears honey-water, one of their favorite treats, as part of another study, which found the extra sugar did disrupt their hibernation behavior. Kelley and her colleagues then used the samples from that study period to do their genetic analysis.

When the researchers put the serum from the disrupted hibernation onto a cell culture taken from regularly hibernating bears, they found that those cells started to exhibit changes in gene activity similar to that of active season cells.

Next, the team plans to investigate how those proteins specifically work to reverse insulin resistance, research which could ultimately lead to the development of ways to prevent or treat human diabetes.

“This is progress toward getting a better understanding of what’s happening at the genetic level and identifying specific molecules that are controlling insulin resistance in bears,” said Blair Perry, the study’s co-first author and a WSU post-doctoral researcher.

The tools for understanding genetics are becoming more sophisticated, and recently Kelley, Perry and their colleagues published an updated genome assembly for brown bears, of which grizzly bears are a subspecies. This more complete, contiguous genome may help provide even better insights into bear genetics including how they manage hibernation.

“There’s inherent value to studying the diversity of life around us and all of these unique and strange adaptations that have arisen,” said Perry, who has also studied the genetic makeup of snake venom. “By understanding the genomic basis of these adaptations, we gain a better understanding of what we share with other species, and what makes us unique as humans.”

Other researchers on this study include co-first author Michael Saxton along with co-authors Brandon Evans Hutzenbiler, Shawn Trojahn, Alexia Gee, Anthony Brown, Omar Cornejo, Charles Robbins and Heiko Jansen all of WSU as well as Michael MacCoss, Gennifer Merrihew and Jea Park of University of Washington.