How fluctuating oxygen levels may have accelerated animal evolution 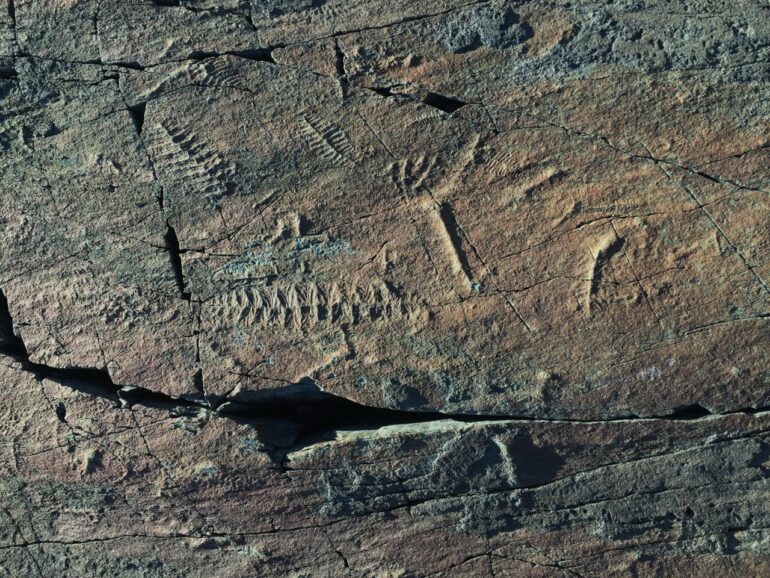 Oxygen levels in the Earth’s atmosphere are likely to have “fluctuated wildly” 1 billion years ago, creating conditions that could have accelerated the development of early animal life, according to new research.

What is uncertain is what happened during the second stage, in a time known as the Neoproterozoic Era, which started about 1 billion years ago and lasted for around 500 million years, during which time early forms of animal life emerged.

The questions scientists have tried to answer are: Was there anything extraordinary about the changes to oxygen levels in the Neoproterozoic Era that may have played a pivotal role in the early evolution of animals? Did oxygen levels suddenly rise or was there a gradual increase?

Fossilized traces of early animals—known as Ediacaran biota, multi-celled organisms that required oxygen—have been found in sedimentary rocks that are 541 to 635 million years old.

To try and answer the questions, a research team at the University of Leeds supported by the Universities of Lyon, Exeter and UCL, used measurements of the different forms of carbon, or carbon isotopes, found in limestone rocks taken from shallow seas. Based on the isotope ratios of the different types of carbon found, the researchers were able to calculate photosynthesis levels that existed millions of years ago and infer atmospheric oxygen levels.

As a result of the calculations, they have been able to produce a record of oxygen levels in the atmosphere over the last 1.5 billion years, which tells us how much oxygen would have been diffusing into the ocean to support early marine life.

Dr. Alex Krause, a biogeochemical modeler who completed his Ph.D. in the School of Earth and Environment at Leeds and was the lead scientist on the project, said the findings give a new perspective on the way oxygen levels were changing on Earth.

He added, “The early Earth, for the first 2 billion years of its existence, was anoxic, devoid of atmospheric oxygen. Then oxygen levels started to rise, which is known as the Great Oxidation Event.

“Up until now, scientists had thought that after the Great Oxidation Event, oxygen levels were either low and then shot up just before we see the first animals evolve, or that oxygen levels were high for many millions of years before the animals came along.

“But our study shows oxygen levels were far more dynamic. There was an oscillation between high and low levels of oxygen for a long time before early forms of animal life emerged. We are seeing periods where the ocean environment, where early animals lived, would have had abundant oxygen—and then periods where it does not.

Dr. Benjamin Mills, who leads the Earth Evolution Modeling Group at Leeds and supervised the project, said, “This periodic change in environmental conditions would have produced evolutionary pressures where some life forms may have become extinct and new ones could emerge.”

Dr. Mills said the oxygenated periods expanded what are known as “habitable spaces”—parts of the ocean where oxygen levels would have been high enough to support early animal life forms.

He said, “It has been proposed in ecological theory that when you have a habitable space that is expanding and contracting, this can support rapid changes to the diversity of biological life.

“When oxygen levels decline, there is severe environmental pressure on some organisms which could drive extinctions. And when the oxygen-rich waters expand, the new space allows the survivors to rise to ecological dominance.

“These expanded habitable spaces would have lasted for millions of years, giving plenty of time for ecosystems to develop.”

The research is published in Science Advances.