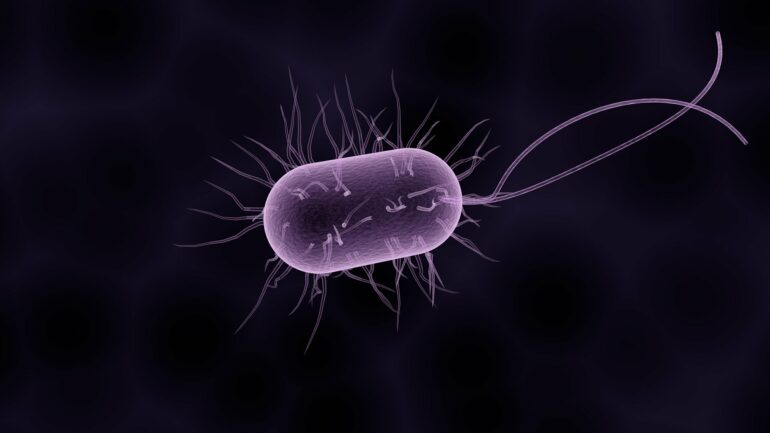 The largest terrestrial carbon sink on earth is the planet’s soil. One of the fears that many scientists have is that a warming planet will liberate significant portions of the soil’s carbon, turning it into carbon dioxide (CO2) gas, and so further accelerate the pace of planetary warming. One of the key players in this story is the microbe: Invisible, and yet the predominant form of life on earth.

“Microbes are everywhere and in everything,” says Kristen DeAngelis, professor of microbiology at the University of Massachusetts Amherst and senior author of the study, recently published in ISME Communications. “There are billions of microbes in one teaspoon of soil; a trillion times more microbes than stars in the known universe. And yet, we don’t know that much about them.”

It seems that microbial activity has a large effect on the atmosphere, especially in how microbes help convert organic carbon—think of all the fallen leaves, rotting tree stumps, grasses and other organic matter—into soil, keeping that carbon out of the atmosphere. It’s this soil organic matter, or SOM, that acts not only as a carbon sink but also gives soil its ability to absorb water and prevent flooding as well as to be a nutritious source of energy for plant life.

And yet, it’s not entirely clear how microbes form SOM. “Our study sheds light on the relevance of microbial community composition and activity to shape the composition of SOM,” says lead author Luiz A. Domeignoz-Horta, now at the University of Zurich’s department of evolutionary biology and environmental studies, but who completed his research for this paper as part of DeAngelis’s lab at UMass Amherst. “Before our study, no one knew that the particular composition of microbial communities was important for the formation of SOM.”

The team conducted an experiment in which they inoculated “model soils,” or sterile mixtures of sand and clay, with different microbial communities, and then fed the microbes sugars and vitamins so that they could grow over the course of four months, building SOM the whole time. The group was then able to measure the SOM generated by these different communities, as well as to test how persistent the SOM was depending on the microbial community that created it.

To do this, the team subjected the soils to a controlled process of pyrolysis—or heating, up to 650 O C, in the absence of oxygen. “As we heated the soils, we recorded when the soil began to release carbon gas. More ‘thermally stable’ samples of SOM reached temperatures above 400O C, while the less thermally stable samples emitted more carbon in the 200—300O C range,” says Domeignoz-Horta, who led the team’s international collaboration. “This assay was performed by our soil biochemists’ collaborators in Switzerland, and it is a great example of the importance of a multidisciplinary research team to advance science,” observes Domeignoz-Horta.

What the researchers discovered is not only further evidence linking microbes to SOM formation, but that different microbial communities shaped the composition of SOM in distinct ways, including the SOM’s ability to withstand being turned into CO2. While it seems that bacteria are primarily responsible for driving the creation of SOM in this model system, it is the presence of fungal communities that render soil able to withstand warming temperatures.

“I see this invisible world of bacteria and fungi, the microbial world, everywhere,” says DeAngelis. “Most microbes help us, and we need to know more about them to ensure the health, safety and wellbeing of our own world.”


Citation:
How the secret world of soil microbes helps keep carbon in the ground (2021, November 15)