Is it safe? Why some animals fear using wildlife crossings 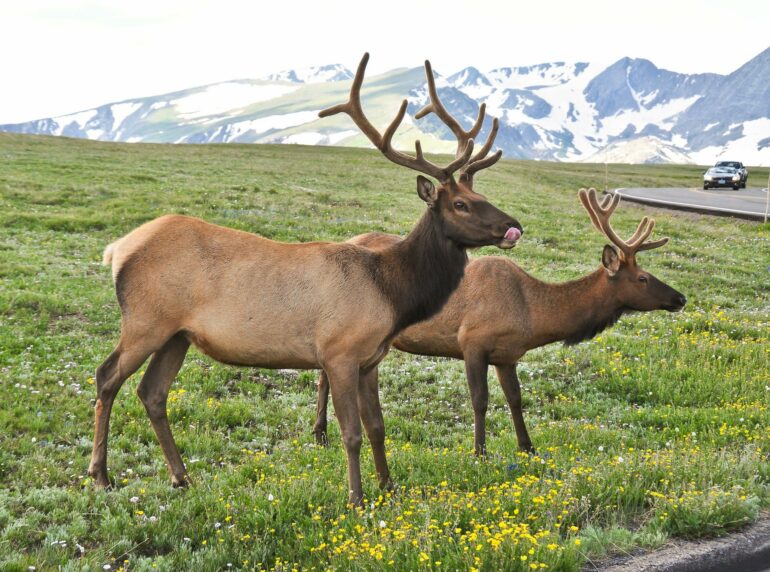 The recent capture and euthanizing of Los Angeles’s well-known mountain lion P-22, whose numerous injuries were likely the result of being hit by a car, has highlighted the need for safe wildlife crossings in cities and other high-traffic areas.

Wildlife bridges and tunnels not only protect animals from vehicle collisions, but help to prevent inbreeding among small and vulnerable populations hemmed in by roadways and other human development by connecting them with a wider pool of potential mates.

But whether animals feel safe using these crossings is another story, say UCLA researchers and colleagues who studied the reactions of deer and elk around a wildlife tunnel beneath a four-lane highway.

Their study, published in the journal PLOS One, shows that these animals were less likely to use the undercrossing after they had displayed a “vigilant” (fear-based) response to passing vehicles on the road over the crossing.

The team’s findings suggest that wildlife managers should focus closely on animals’ perceptions of their environment when designing wildlife under- and overcrossing structures in order to signal that a crossing area is safe. This type of research, the study authors said, could help inform the construction of crossings in Los Angeles County and throughout U.S., which currently has only about a thousand of these structures.

“It’s only through studies like this that focus on how animals perceive and react to the stimuli in their environment—which can either attract them or repel them—that we’ll gain the necessary insights to develop effective wildlife crossings,” said co-author Daniel Blumstein, a UCLA professor of ecology and evolutionary biology. “Importantly, different species are likely to respond differently, and other external contextual cues might also influence how a given species responds.”

Corresponding author Eric Abelson, who worked with Blumstein on the study as a postdoctoral fellow at UCLA’s La Kretz Center for Conservation Science, noted that while prior research has demonstrated that the passage of many vehicles affects animals, the current study is the first to observe animals’ roadside behavior in real time, both before and after vehicles passed.

For the study, Abelson and Blumstein worked with UCLA undergraduate student Mehdi Nojoumi to review a set of nearly 600 animal-activated videos collected by Montana State University road ecologist Anthony Clevenger that showed elk and white-tailed deer in the vicinity of a Trans-Canada Highway wildlife undercrossing near Banff National Park in Alberta. Nojoumi observed the behavior of the animals before and after vehicles passed and counted the vehicles.

The videos showed that elk and deer on the roadside near the tunnel often shifted from foraging for food to fleeing or becoming vigilant after vehicles passed; those animals that showed fear or vigilance were much less likely to use the crossing. If they continued grazing when vehicles passed, as some did, they were more likely to use the crossing.

Surprisingly, the animals reacted more strongly when vehicles passed infrequently than when the traffic flowed steadily.

“We are not certain why animals are more responsive to fewer vehicles,” said Abelson, who is now a research scientist at the University of Texas at Austin. “It is possible that when there are many cars barreling down the road, they can be heard from farther away and don’t surprise the animals as much.”

The study reinforces that animals respond dynamically to human activities in ways that can influence if and how they use wildlife crossings. Abelson pointed out that some animals, like racoons, may be so accustomed to human activities that they don’t respond negatively at all, while others may be much more cautious. Behaviors differ from species to species, he stressed, and further research can help reveal these species-specific patterns.

First structure of human protein complex with ‘licence to kill’

“If we can figure out ways to leverage wildlife behaviors, we may be able to make wildlife crossings more effective,” Abelson said. “For example, walls to dampen sound or to reduce the visual effects of passing headlights may encourage use of crossing structures. We hope that this this study is just one of many that will examine different wildlife species and levels of traffic to better develop tools that increase the use of crossing structures by wildlife and, ultimately, protect the lives of humans and wildlife.”


Citation:
Is it safe? Why some animals fear using wildlife crossings (2022, December 22)