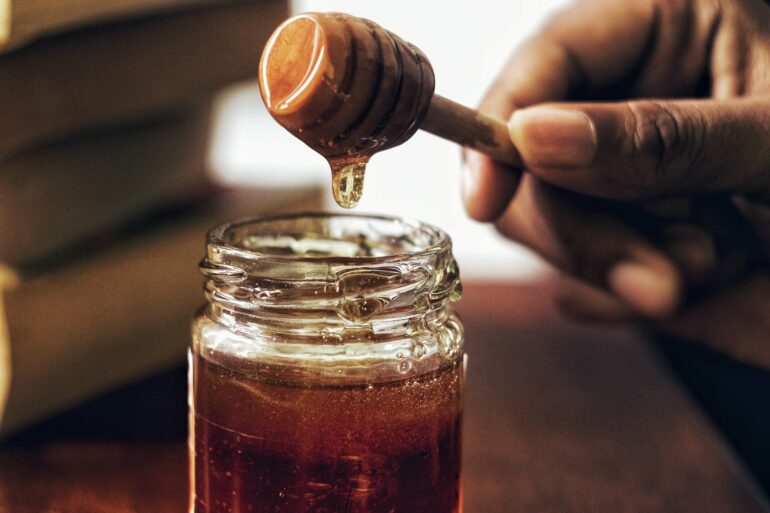 A potential new treatment combining natural manuka honey with a widely used drug has been developed by scientists at Aston University to treat a potentially lethal lung infection and greatly reduce side effects of one of the current drugs used for its treatment.

The findings, which are published in the journal Microbiology, show that the scientists in the Mycobacterial Research Group in the College of Health and Life Sciences at Aston University were able to combine manuka honey and the drug amikacin in a lab-based nebulization formulation to treat the harmful bacterial lung infection Mycobacterium abscessus.

Manuka honey is long known to have wide ranging medicinal properties, but more recently has been identified for its broad spectrum antimicrobial activity. Now scientists have found that manuka honey has the potential to kill a number of drug resistant bacterial infections such as Mycobacterium abscessus—which usually affects patients with cystic fibrosis (CF) or bronchiectasis.

According to the Cystic Fibrosis Trust, CF is a genetic condition affecting around 10,800 people—one in every 2,500 babies born in the UK—and there are more than 100,000 people with the condition worldwide. The NHS defines bronchiectasis as a long-term condition where the airways of the lungs become widened, leading to a build-up of excess mucus that can make the lungs more vulnerable to infection..

In the study, the researchers used samples of the bacteria Mycobacterium abscessus taken from 16 infected CF patients. They then tested the antibiotic amikacin, combined with manuka honey, to discover the dosage required to kill the bacteria.

As part of the study, the team used a lab-based lung model and nebulizer—a device that produces a fine spray of liquid often used for inhaling a medicinal drug. By nebulizing manuka honey and amikacin together, it was found they could improve bacterial clearance, even when using lower doses of amikacin, which would result in less life-changing side-effects to the patient.

In the UK, of the 10,800 people living with CF, Mycobacterium abscessus infects 13% of all patients with the condition. This new approach is advantageous not only because it has the potential to kill off a highly drug resistant infection, but because of the reduced side effects, benefiting quality of life and greatly improving survival chances for infected CF patients.

Mycobacterium abscessus is a bacterial pathogen from the same family that causes tuberculosis, but this bug differs by causing serious lung infections in people (particularly children) with pre-existing lung conditions, such as CF and bronchiectasis, as well as causing skin and soft tissue infections. The bacteria is also highly drug resistant.

Currently, patients are given a cocktail of antibiotics, consisting of 12 months or more of antimicrobial chemotherapy, and this treatment often doesn’t result in a cure. The dosage of amikacin usually used on a patient to kill the infection is 16 micrograms per milliliter. But the researchers found that the new combination using manuka honey, required a dosage of just 2 micrograms per milliliter of amikacin—resulting in a one-eighth reduction in the dosage of the drug.

Until now Mycobacterium abscessus has been virtually impossible to eradicate in people with cystic fibrosis. It can also be deadly if the patient requires a lung transplant, because they are not eligible for surgery if the infection is present.

Commenting on their findings, lead author and Ph.D. researcher Victoria Nolan said, “So far, treatment of Mycobacterium abscessus pulmonary infections can be problematic due to its drug resistant nature. The variety of antibiotics required to combat infection result[s] in severe side effects.

“However, the use of this potential treatment combining amikacin and manuka honey shows great promise as an improved therapy for these terrible pulmonary infections.

“There is a need for better treatment outcomes and in the future we hope that this potential treatment can be tested further.”

Dr. Jonathan Cox, senior lecturer in microbiology at Aston University, said, “By combining a totally natural ingredient such as manuka honey with amikacin, one of the most important yet toxic drugs used for treating Mycobacterium abscessus, we have found a way to potentially kill off these bacteria with eight times less drug than before. This has the potential to significantly reduce amikacin-associated hearing loss and greatly improve the quality of life of so many patients—particularly those with cystic fibrosis.

“I am delighted with the outcome of this research because it paves the way for future experiments and we hope that with funding we can move towards clinical trials that could result in a change in strategy for the treatment of this debilitating infection.”

Dr. Peter Cotgreave, chief executive of the Microbiology Society, said, “The Microbiology Society is proud to support the scientific community as it explores innovative solutions to overcome the growing global challenge of antimicrobial resistance. This study demonstrates one of many ways in which microbiologists are pioneering new methods to tackle drug-resistant infections, by incorporating natural products, like manuka honey, into existing therapies.”