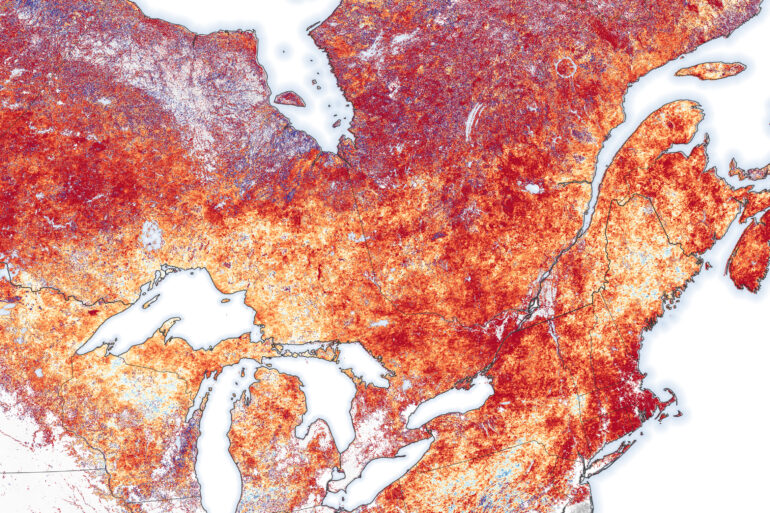 Tick bites transmit Lyme disease. But even knowing where these ticks live doesn’t necessarily mean you can predict the disease in humans. It’s only one part of a broader picture which includes human behavior and the habits of the parasite’s carriers.

Researchers at UC Santa Barbara have discovered that the ecology of the small mammals upon which ticks feed can explain rates of human Lyme disease, at least in California. As a result, scientists and health officials may be able to predict future disease risk by studying the response of these animals, and their tick parasites, to changing climate and land use. The findings appear in the journal Environmental Research Letters.

“This study is unique because it tries to quantify the links connecting climate to mammals to ticks to humans, which requires different types of data, research techniques and academic backgrounds,” said co-author Sam Sambado, a doctoral student in the Department of Ecology, Evolution, and Marine Biology.

Lyme disease is primarily caused by the bacterium Borrelia burgdorferi by way of tick bites. However, the western blacklegged tick isn’t born with the bacterium. It can only contract the pathogen by feeding on an infected host, which serves as a reservoir for the microbe.

The ecology of the tick’s hosts should affect the distribution of the disease in humans, but the connection isn’t always straightforward. “It’s challenging to link the ecology to the epidemiology—or where people get sick—because humans change their behavior based on risk,” said first author Andy MacDonald, an assistant professor at the Bren School of Environmental Science & Management. Where people go, how they interact with the landscape, and whether they take precautions against tick bites all influence where people contract Lyme disease.

The researchers had two questions in mind. First, what environmental factors affect the infection rate in tick populations? Second, can this knowledge be used to predict human infections?

For this project, the team used geo-referenced locations where infected ticks had been collected across California. They then employed machine learning to correlate tick infection rates with different environmental characteristics and included habitat suitability for different small mammals that can serve as a reservoir for B. burgdorferi.

Small mammals are most likely to acquire and then transmit infection to an uninfected tick, MacDonald explained. Large mammals don’t build up significant pathogen levels, and reptiles’ immune systems may even kill the bacteria. Meanwhile, the role of birds is less understood, but scientists believe they aren’t significant contributors to the amount of Lyme disease in tick populations in North America.

When the dust settled, the algorithm showed a clear link between infected ticks and one of their frequent hosts. “The most important predictor, by far, of B. burgdorferi in ticks is the ecology of dusky-footed woodrats,” MacDonald said. “This species acquires infection from ticks easily, and it transmits infection to new ticks easily as well.” Western gray squirrels also served as a reservoir for the bacterium, but not to the same extent as the woodrat.

Remarkably, there is no real evidence that the bacteria harm small mammals. “The animals that have co-evolved with these parasites, and the pathogens that they transmit, seem to weather these infections just fine,” MacDonald said. Put another way, B. burgdorferi infections are just part of life as a woodrat.

The authors also investigated the influence of biodiversity. Hypothetically, areas with low diversity have species that acquire and transmit the bacteria easily. They’re likely to be those that live fast and die young, not placing a lot of energy into their immune systems. Surprisingly, diversity seemed to have no effect on the incidence of infected ticks.

This study considered a large, heterogenous area—the entire state of California—so individual species that are important to disease transmission stood out in the results. “The woodrat in particular—and the gray squirrel to some extent as well—overlap with where ticks live,” MacDonald said. “It’s the overlap in the distribution of the ticks and those particular small mammals that I think is a major reason we’re seeing them pop out of the models so much.”

In other words, there’s nothing coincidental about which mammals predict infection in ticks; it all comes down to co-incidence. Namely, the range of gray squirrels and dusky-footed woodrats overlaps with the habitats where ticks tend to live, and the Lyme disease transmission cycle likely developed through this close association.

Turning this ecological information into epidemiological insights though can be tricky. “We wanted to understand whether this ecology was actually predictive of human disease,” MacDonald said. “And that’s often not the case because humans respond behaviorally to disease risks.” For instance, people might avoid high-risk areas, decoupling human infection from the underlying disease ecology.

That said, the distribution of infected ticks was a strong predictor of where people become infected in California. This contrasts with studies in the eastern United States, where the ecology is not tightly linked to the epidemiology.

Novel artificial genomic DNA can replicate and evolve outside the cell

MacDonald suspects this may be because Lyme disease is relatively rare in the Golden State, so there’s a lot less awareness of the disease, risk factors and symptoms among the public and doctors alike. The results suggest a straightforward way to combat Lyme disease in California: education. The CDC has resources on preventing, recognizing and treating Lyme disease.

The strong correlation between Lyme disease ecology and epidemiology also means researchers in the Western U.S. can focus on ecology to understand how human disease is likely to change in the future. “Stressors like climate and land-use change are altering entire ecosystems, but impacting individual species at different rates,” Sambado said. “Understanding what creates these differences will be an important challenge for all researchers, especially those working in multi-species systems like Lyme disease.”

The authors have a follow-up study planned to quantify how human behavior influences Lyme disease on the West Coast. They also plan to apply this technique to other diseases. They’re investigating the ecology of West Nile virus in California’s Central Valley as well as malaria and leishmaniasis in the Amazon in collaboration with a team from Lima, Peru.

“I think that this sort of approach—trying to tie the ecology to the epidemiology—could be really valuable for lots of disease systems,” MacDonald said.