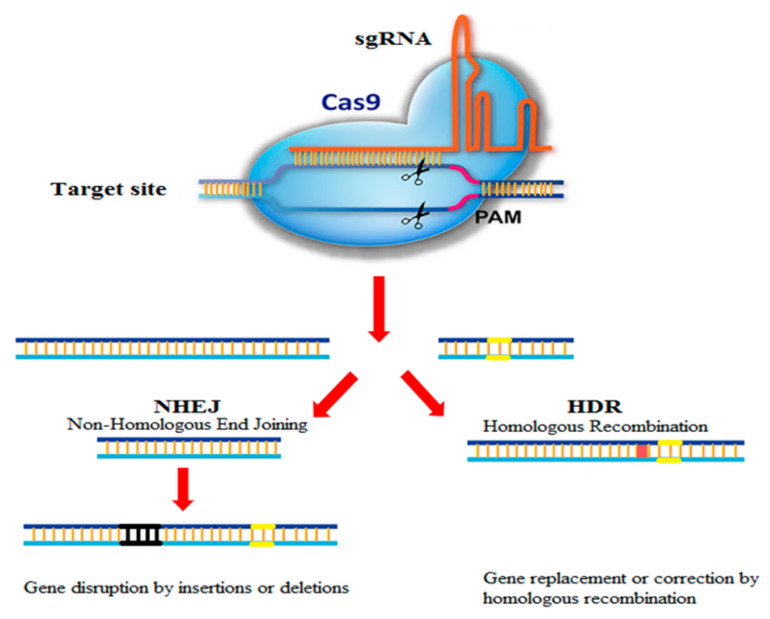 Many genetic diseases are caused by diverse mutations spread across an entire gene, and designing genome editing approaches for each patient’s mutation would be impractical and costly.

Investigators at Massachusetts General Hospital (MGH) have recently developed an optimized method that improves the accuracy of inserting large DNA segments into a genome.

This approach could be used to insert a whole normal or “wild-type” replacement gene, which could act as a blanket therapy for a disease irrespective of a patient’s particular mutation.

The work involves the optimization of a new class of technologies called CRISPR-associated transposases (CASTs), which are promising tools for large DNA insertions that can be easily targeted to a desired genomic site via a reprogrammable guide RNA.

However, in their natural state, CASTs have undesirable properties for genome editing applications—namely, suboptimal product purity (how often only the intended DNA sequence is inserted into the genome) and a relatively high rate of unwanted off-target integration at unintended sites in the genome.

In their research published in Nature Biotechnology, a team led by first author Connor Tou, a graduate student at MIT and MGH, and senior author Ben Kleinstiver, Ph.D., an Assistant Investigator in the Center for Genomic Medicine at MGH and an Assistant Professor at Harvard Medical School, addressed these shortcomings by using protein engineering approaches to modify the properties of CAST systems.

They found that adding a certain enzyme called a nicking homing endonuclease to CASTs resulted in a dramatic increase in product purity towards the intended insertion.

The researchers called the new and improved system “HELIX,” which is short for Homing Endonuclease-assisted Large-sequence Integrating CAST-compleX.

“We demonstrated a generalizable approach that can be used to modify a variety of CAST systems into safer and more effective versions that have high product purity and genome-wide specificity,” says Tou.

“By combining our insights, we created HELIX systems with greater than 96% on-target integration specificity—increased from approximately 50% for the naturally occurring wild-type CAST system. We also determined that HELIX maintains its advantageous properties in human cells,” Tou continues.

Kleinstiver notes that the technology could have applications beyond the ability to restore normal healthy genes to individuals with disease-causing mutations.

The study is also co-authored by Benno Orr.