Native bee key to social evolution: Bridge between flying solo or as a colony 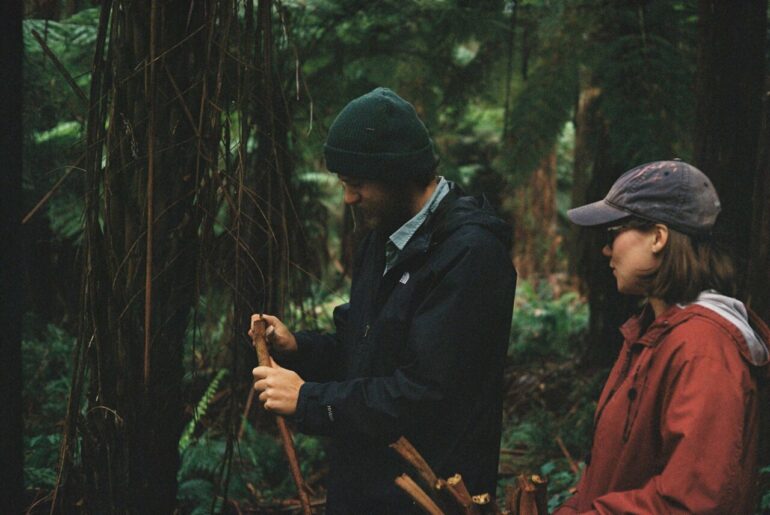 Studying the unusual social behavior of an Australian native bee has enabled Flinders University researchers to obtain a clear understanding about the earliest stages of social evolution.

Evidence of how individuals that live a solitary lifestyle can transition to colonial life, involving sterile castes that seemingly defy Darwin’s natural selection theory, unlocks a key biological question about evolution, they say.

Organisms living in highly complex and organized societies, such as honeybees, termites and ants, can explain how altruistic behavior is maintained, but evidence of their early steps into sociality has been eroded over geological time scales.

To overcome this obstacle, the Flinders University team has studied Amphylaeus morosus, a unique Australian native bee that only recently crossed the threshold from individual reproduction to “selfless” behavior within a colony.

It is the only social species in its large and diverse family and therefore represents a very early stage in social evolution, which can be used to understand the transition from solitary to social living.

“The existence of life as we know it can be broadly separated into the major transitions that define changes in complexity,” says lead author, Flinders University Ph.D. Lucas Hearn. “This includes the evolution of multicellular life from single-celled organisms or, the origin of sophisticated communication in the form of human language.

“The ramifications of this understanding are very far-reaching.”

The Australian native bee species Amphylaeus morosus lives in tall montane forests along the Australian Great Dividing Range, where it builds nests in tree-fern fronds. Its social nests are tiny, rarely containing more than two females, and females do not exhibit the kinds of queen-and-worker morphologies that are common in advanced eusocial species such as honeybees.

The study used genomic data to analyze how females in a colony contributed to reproduction, finding that each social colony has a single female who lays all the eggs and another related female who guards the nest but does not reproduce.

“This kind of extreme reproductive skew and high relatedness is very unexpected and challenges our theories about how social complexity evolves,” says senior author, Flinders University Associate Professor Michael Schwarz. “It seems that some species can quickly skip multiple rungs of the evolutionary social ladder.

“This provides some of the first evidence that kin selection can promote worker sterility at the initial transition from solitary to social living.”

The paper—”Extreme reproductive skew at the dawn of sociality is consistent with inclusive fitness theory but problematic for routes to eusociality” (2022) by Lucas Hearn, Olivia Davies and Michael Schwarz—has been published in the Proceedings of the Royal Society B journal.

More information:
Extreme reproductive skew at the dawn of sociality is consistent with inclusive fitness theory but problematic for routes to eusociality, Proceedings of the Royal Society B: Biological Sciences (2022). DOI: 10.1098/rspb.2022.0652. rspb.royalsocietypublishing.or … .1098/rspb.2022.0652


Citation:
Native bee key to social evolution: Bridge between flying solo or as a colony (2022, June 14)