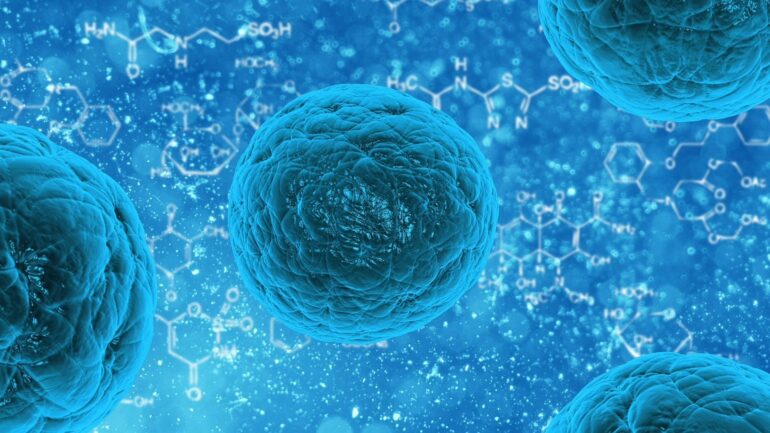 Realizing the vision of culturing organs for use in life-saving transplantation procedures is still a long way off. However, the work of Prof. Jacob Hanna on stem cells is paving the way for this to become a reality.

Hanna and his team from the Weizmann Institute of Science’s Molecular Genetics Department have found a way to culture human stem cells in a much earlier state than was previously possible. Not only that, the stem cells they created are far more competent, meaning that they are able to integrate more efficiently with their host environment. This substantially improves the chances of obtaining what is called a cross-species chimera—allowing cells from one creature to play a substantial role in the development of another.

The recently published findings demonstrate that very early human cells can be created and then successfully integrated into mice, owing to their undifferentiated (or “naïve”) state, wherein they can develop into any type of cell in the body, including other stem cells. Additionally, the researchers lay out a protocol for significantly increasing the efficiency (or competence) with which these cells can integrate. Improving our ability to create and study these cell types could be used in the future to transfer cells—if not organs—from one animal to another, humans included.

Hanna’s lab broke ground in 2013 when they were the first to inject human stem cells into mice and show that they can successfully integrate into the latter’s developing embryos. Eight years after this study was first published, Hanna and his team felt that they could go one step further by attempting to produce an even earlier, “fully” naïve form of stem cells for use in similar procedures. As they were mulling over the idea, Hanna knew that this might be nearly—if not altogether—impossible to achieve. “Our experience with producing similar cells in mice has taught us to expect challenging obstacles along the way,” says Hanna.

These cells normally suffer from genetic as well as epigenetic instability, and in the end they don’t differentiate too well, which is key to proper embryonic development and a prerequisite for their integration into another animal’s embryo. In fact, only about 1-3 percent of cells that have been transferred between species actually manage to integrate and contribute to development.

To boost these numbers, the researchers in the new study inhibited two additional signaling pathways to produce naïve human stem cells having a stable genome, relatively few gene regulation glitches, and most importantly, the ability to differentiate perfectly. The researchers also mutated an important gene that contributes to genome stability, which resulted in not only competent but also competitive stem cells that can integrate well without causing damage to the host. “We found a way to make human stem cells more competent, and competitive, increasing the chances for a successful transfer by about fivefold compared to what we were able to do in the past,” concludes Hanna.

While the previous study showed that human naïve stem cells can differentiate into primordial germ cells—the progenitors of egg or sperm cells—the fully naïve stem cells produced in the present study can also differentiate into extraembryonic tissues, the placenta and yolk sac cells that sustain the developing embryo. Such cells could be used, for example, as the source for developing synthetic embryos without the need for donor eggs. “Reaching this state with mouse stem cells is particularly difficult to accomplish,” Hanna explains, noting that “human cells are apparently different.”

This is perhaps the most surprising finding that the researchers made—highlighting the differences between the behavior of human and mouse stem cells, and between the different states of naïve cells. These differences expose the work that still needs to be done in making the dream of developing “made-to-order” organs a real-world actuality.

According to Hanna, understanding these differences will be pivotal for overcoming myriad issues still facing the field of stem cell research and application: “If in the future we should wish to grow a pancreas in pigs for human transplantation, for example, we will have to take into account these massive evolutionary differences between species, beginning with mice and humans.” For now, it would seem that Hanna and his team have taken a constructive leap in that direction.

‘One of the botanical wonders of the world’: Giant waterlily grown at Kew Gardens named new to science

Provided by
Weizmann Institute of Science