Professional ‘guilds’ of bacteria gave rise to the modern microbiome 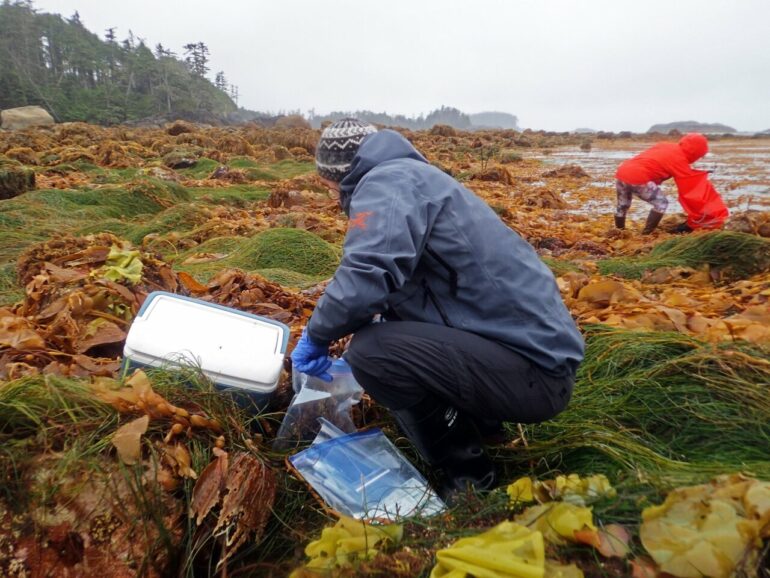 Even the smallest marine invertebrates—some barely larger than single-celled protists—are home to distinct and diverse microbial communities, or microbiomes, according to new research from University of British Columbia (UBC) biologists.

The study underscores that a vast diversity of animals have microbiomes, just as humans do. But more surprisingly, there’s little correlation between how closely related most animals are and how similar their microbiomes are—something widely assumed to be true based on the study of humans, larger mammals, and insects.

“This says a lot about how microbiomes originated and how they evolve today,” says UBC evolutionary microbiologist Dr. Patrick Keeling, senior author of the paper published today in Nature Microbiology.

“People might intuitively think the purpose of a microbiome is to be of benefit to the host animal, and that they co-evolve together. But the bacteria could care less about helping the animal host—they have their own agenda.”

“Most animals harbor a community of bacteria that are simply good at living in animals. From this ‘professional guild’ of animal specialists likely evolved the more elaborate, co-evolving microbiomes that are well studied in humans and insects. But as we looked at a broader set of smaller marine animals, it became clear that the microbiomes of bigger creatures are likely exceptions, not the rule.”

Digging into the microbiomes of marine invertebrates

In what might be the broadest study of its kind, Dr. Keeling and colleagues sequenced the microbiomes from 1,037 animals from 21 phyla—covering most animals. Some of the lineages of animals sampled more broadly included Annelida (ringed worms), Arthropoda (the largest phylum in the animal kingdom) and Nematoda (a phylum of unsegmented, cylindrical worms). The researchers also collected samples from the surrounding habitats in British Columbia, Canada and Curaçao, a Dutch Caribbean island.

“Studying such a broad range of animals was crucial–in a smaller study a number of prevalent bacteria may have been mistaken for host-specific symbionts,” says Dr. Corey Holt, a postdoctoral fellow at UBC and one of the study’s first authors.

“We found most bacteria were only present in some individuals of a species, and most of these were also present other host species in the same environment.”

“This survey was designed to look at an incredibly broad diversity of animals,” says Dr. Keeling. “The next step is to take a few of the more interesting groups and dig deeper to see how microbiomes evolved within that group to clarify the time scales at which different evolutionary processes are operating.”


Citation:
Professional ‘guilds’ of bacteria gave rise to the modern microbiome (2022, May 26)