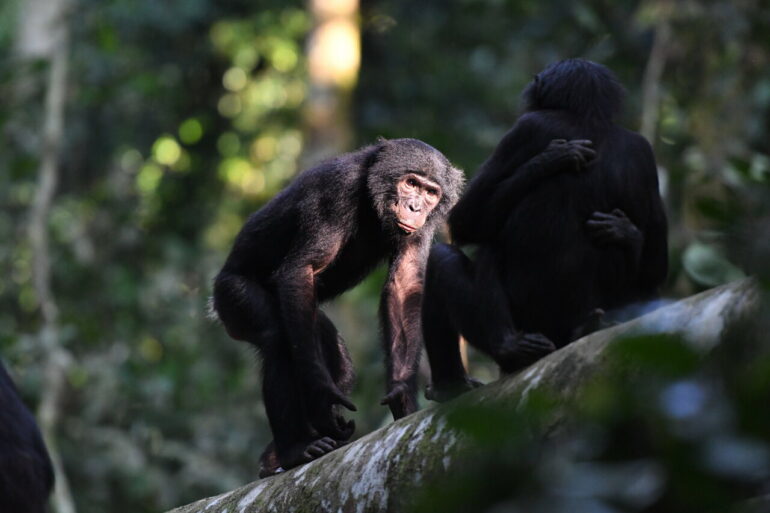 Giraffes have the highest blood pressure of all mammals—up to 300/200, more than double that of a typical human. But pregnant giraffes don’t suffer from pre-eclampsia, a dangerous disorder caused by hypertension.

The giraffe’s protection against pre-eclampsia is just one case in which females of numerous species have a resistance to maladies that affect women, including cardiovascular disease, cancer, infertility and more.

UC Santa Barbara associate professor of anthropology Amy Boddy and her colleagues want to understand how this happens. More broadly, they’re interested in the shared health vulnerabilities of female animals across species—mammalian, reptilian, avian, piscine—and how awareness of them can improve women’s health.

To that end, they’re proposing a global initiative that would focus on the health of female animals at a time when climate change is accelerating environmental degradation, which disproportionately affects women and girls.

As the paper published in PNAS Nexus notes, “The health of female mammals, birds, reptiles and fish living in and around human communities has become increasingly relevant to women’s health as anthropogenic changes blur the boundaries that once demarcated human versus animal environments. In the 21st century, all female animals—including every human female—have become canaries and the Earth, a shared, planetary coal mine.”

Led by Dr. B Natterson-Horowitz, a cardiologist and evolutionary biologist at UCLA and Harvard University, the initiative would bring together specialists from human medicine, veterinarians, wildlife biologists and more. It’s an ambitious project and still in its infancy, but necessary, Boddy said.

“There are many field ecologists and wildlife veterinarians that observe health problems/chronic diseases in the field populations and wildlife they study,” said Boddy, whose research focuses on evolutionary applications to human health and disease. “For example, I can only speak on my work, but we have been able to observe tumors in wildlife if they are external. For these cases we can do a better job of documenting them, but also the collection of more information, including pathology diagnosis. This obviously requires more resources, but I think it can be achievable. I think that’s just the first step, but we can be more creative.”

The relationship between animal and human health, especially zoonotic diseases that spread between species, has been the focus of significant research. Programs like the UC Davis One Health Initiative in the School of Veterinary Medicine take a multidisciplinary approach to address the health of people, animals and the environment.

It’s important work, Boddy said, but this new initiative aims to reach a broader audience. She notes that Natterson-Horowitz is a physician, “and one of our main target audiences is a call to other human health care professionals to consider how important animal and planetary health is to human patients. Secondly, we recognize that many One Health programs focus specifically on communicable diseases (e.g., zoonoses or infectious disease), while here we suggest a broadening of that net to include non-communicable diseases, such as cancer, in these programs. Thirdly, we would love to explore some of these ‘evolutionary solutions’ to some of the health conditions that impact women’s health—there is such diversity across the tree of life—we can be inspired by these novel solutions.”

But with climate change pushing all life on Earth to the brink, the time for creative and innovative work is now, Boddy said. Untold numbers of canaries died in British mines; we don’t have to sacrifice today’s sentinel species.

“As research has shown, climate change will have impacts on human and animal health,” she said. “I don’t think that is much of a surprise to anyone, especially during our current pandemic. Here we suggest these impacts on human and animal health will disproportionately affect females. The fact that female health has historically been underfunded will exacerbate these issues further. Our worry is that we will recognize this impact too late, whereas these signals of disease will emerge in female populations (i.e., the canaries) before we act on it. It’s just another argument that we must be proactive to protect planetary health and biodiversity.”