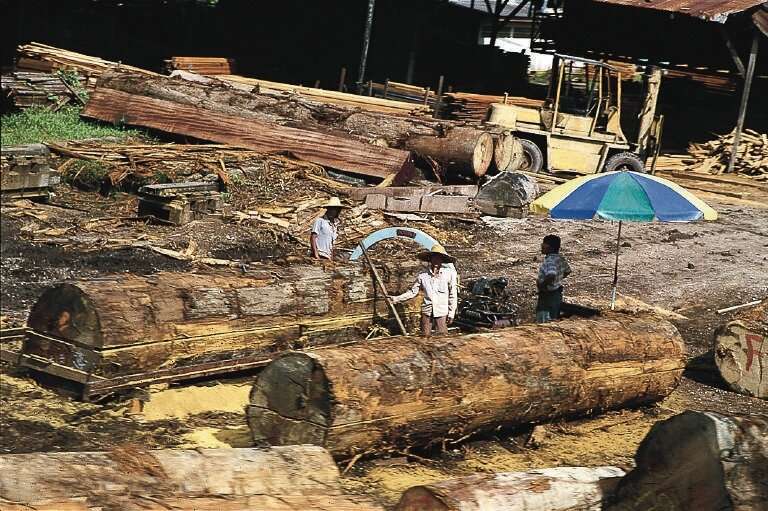 Forest cover is being lost in South-East Asian protected forest areas at almost the same rate as non-protected areas in many countries amid ballooning populations, says a new eight-country study.

Forests play an integral part in the carbon cycle, support livelihoods and supply goods and services that can drive sustainable growth according to the International Union for Conservation of Nature (IUCN).

The IUCN defines a protected area as an area of land especially dedicated to the protection and maintenance of biological diversity. Protected areas now cover more than 17 million square kilometers, or 15 percent of the earth’s land area.

Yet results of the study published December in Nature show that protected areas in Indonesia lost just four percent less than unprotected regions.

That’s significant because regional deforestation trends in South-East Asia are influenced largely by Indonesia, where about 40 percent of protected areas are located and where over half of the region’s forests remain.

While the overall rate of forest loss across South-East Asia was three times lower inside protected areas during 2000—2018, the period studied, than in unprotected landscapes, there are significant variations.

However, at the other end of the scale, protected areas in the Philippines lost more forest cover than in unprotected areas, due to the fact that the protected regions see high levels of human activity, a trend particularly evident on the island of Palawan which suffered more forest loss than expected, the study said.

Victoria Graham, an author of the study and researcher at the Department of Earth and Environmental Sciences, Macquarie University, Sydney, Australia, says that as human pressure intensifies, protected areas become less effective at conserving biodiversity, unless there is adequate investment.

“Protected areas in the Philippines have higher levels of human pressure than other countries. This, coupled with diminishing forest cover in unprotected landscapes across the country, means that protected areas must withstand escalating deforestation pressure due to a lack of choice in available forest resources,” Graham said.

Overall, the expanding South-East Asian human population has contributed to the loss, degradation and fragmentation of its forests over the past decades, according to World Population Prospects, 2019, a UN publication.

The Philippines alone could lose almost a third of a million hectares of forests by the end of the decade unless there is a “transformational change in the country’s approach to dealing with deforestation”, says a separate study published November in the Journal of Threatened Taxa.

Geetha Gopinath, environmental educator and assistant professor at the Central University of Hyderabad, India, says that higher levels of management resourcing are necessary for greater reductions in carbon emissions and protection of South-East Asia’s forests. “Good governance, sound design and plans for effective management are notable yardsticks to assess the standard of successful conservation outcomes,” she said.

What we’re still learning about how trees grow