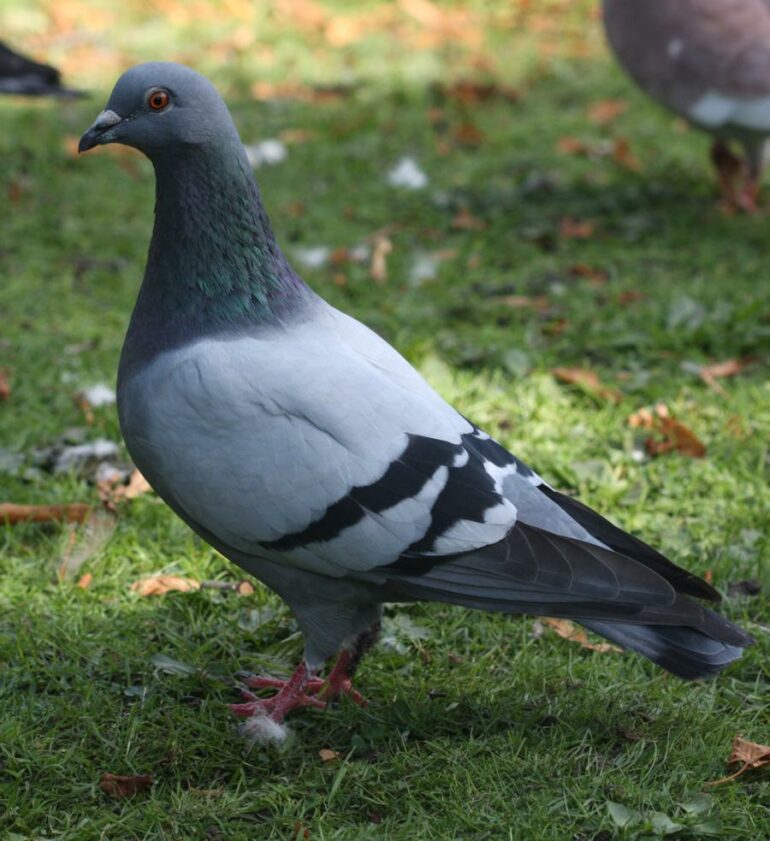 Researchers led by members of Oxford University’s Department of Biology have found rare colonies of the wild ancestors of common domestic and feral pigeons.

Already extinct in England and Wales, the wild Rock Dove (Columba livia) has been found on secluded Scottish and Irish islands, providing insights into how the domestic pigeon came to be.

“Feral” pigeons originate from escaped domestic birds and can be seen in towns and cities all over the world. These domestic pigeons are descended from wild Rock Doves, who nest in sea caves and mountainous areas.

Despite the success of feral pigeons, the Rock Dove has been declining throughout its global range—which once encompassed vast areas of Africa, Asia and Europe. University of Oxford DPhil student and lead author Will Smith says that “studying the decline of the Rock Dove has been challenging for researchers because of such extensive interbreeding and replacement with feral pigeons.”

Rock Doves now persist in only small, relict populations where feral pigeons have not yet been able to colonize. In fact, due to the interbreeding of feral pigeons and Rock Doves, and their resulting hybrids, many ornithologists believe that there are no truly wild Rock Doves left. However, there are potential colonies in certain places, including, in Europe, the Faroe Islands, parts of the Mediterranean and parts of Scotland and Ireland.

The researchers studied populations of birds thought to be Rock Doves in Scotland and Ireland by analyzing DNA to determine whether the birds were truly wild, and to estimate how much genetic influence from feral pigeons different wild populations had experienced.

Through a combination of expeditions and collaboration with British Trust for Ornithology bird ringers, the research team caught both feral pigeons and putative Rock Doves in places like North Uist (Uibhist a Tuath) in the Outer Hebrides, Orkney, and Cape Clear Island.

The team took feather samples from the birds for DNA analysis. By sequencing the pigeons’ DNA, they were able to show the differences between feral pigeons and Rock Doves, and also measure the degree of interbreeding between the two forms of the species.

The results confirmed that the Rock Doves of the UK and Ireland descended from the undomesticated lineage from which all feral and domestic pigeons originate, with varying degrees of interbreeding. Rock Doves in Orkney have experienced extensive interbreeding with feral pigeons and are at risk of getting hybridized to the point of their extinction as a distinct lineage. In contrast, Rock Doves in the Outer Hebrides remain almost free of feral pigeon influence.

“We identified feral pigeon ancestry in most of the Scottish and Irish Rock Dove populations we sampled, and there have been feral pigeons in Europe for hundreds of years. It was therefore really surprising to discover that the Outer Hebridean Rock Doves showed negligible signs of hybridization,” explained Will Smith.

However, feral pigeons have been reported on these islands with increasing frequency, so it might be that the distribution of wild Rock Doves in the UK continues to shrink as a result.

In the wider context of conservation, increasing understanding of “extinction by hybridization” will help efforts to prevent many other plants and animals, such as the Scottish wildcat, from undergoing the same fate as the Rock Dove.

The paper is published in iScience.