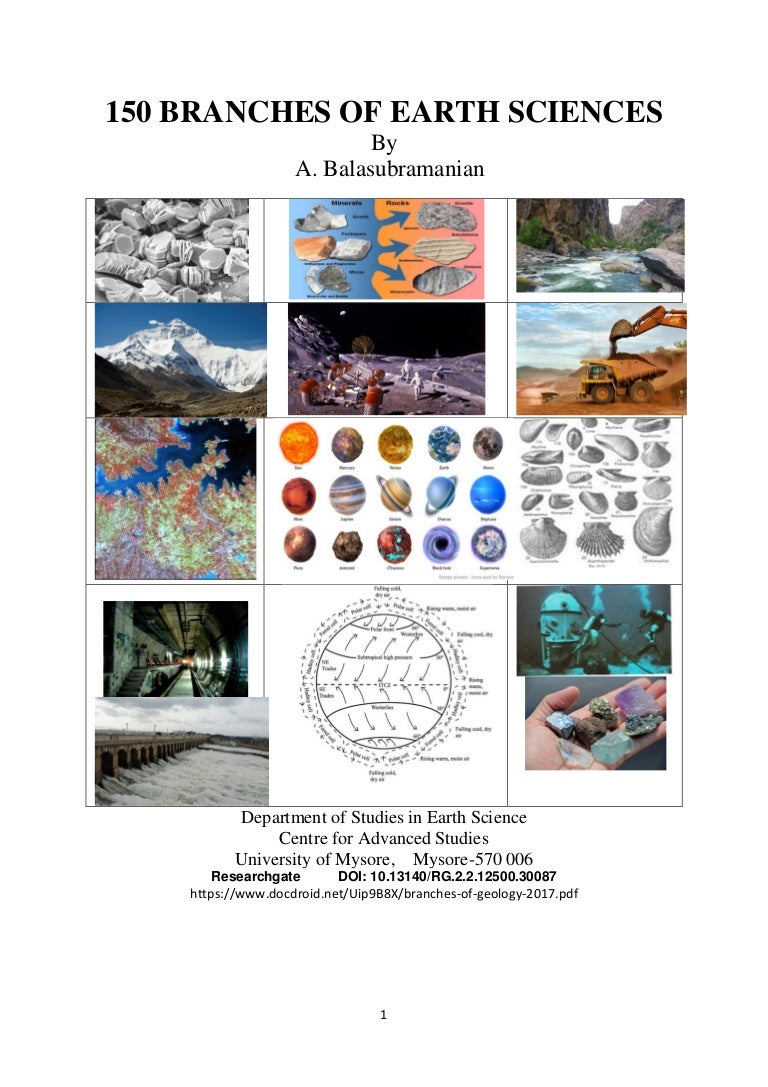 A 15-year study led by the Carnegie Institution for Science details the origins and diversity of every known mineral on Earth, a landmark body of work that will help reconstruct the history of life on Earth, guide the search for new minerals and ore deposits, predict possible characteristics of future life, and aid the search for habitable planets and extraterrestrial life.

In twin papers published today by American Mineralogist and sponsored in part by NASA, Carnegie scientists Robert Hazen and Shaunna Morrison detail a novel approach to clustering (lumping) kindred species of minerals together or splitting off new species based on when and how they originated.

Once mineral genesis is factored in, the number of “mineral kinds”—a newly-coined term—totals more than 10,500, a number about 75% greater than the roughly 6,000 mineral species recognized by the International Mineralogical Association (IMA) on the basis of crystal structure and chemical composition alone.

“This work fundamentally changes our view of the diversity of minerals on the planet,” says Dr. Hazen, Staff Scientist with the Earth and Planets Laboratory, Carnegie Institution for Science, Washington DC.

80% of Earth’s minerals were mediated by water

“For example, more than 80% of Earth’s minerals were mediated by water, which is, therefore, fundamentally important to mineral diversity on this planet. By extension, this explains one of the key reasons why the Moon and Mercury and even Mars have far fewer mineral species than Earth.”

“The work also tells us something very profound about the role of biology,” he adds. “One third of Earth’s minerals could not have formed without biology—shells and bones and teeth, or microbes, for example, or the vital indirect role of biology, such as by creating an oxygen-rich atmosphere that led to 2,000 minerals that wouldn’t have formed otherwise.”

“Each mineral specimen has a history. Each tells a story. Each is a time capsule that reveals Earth’s past as nothing else can.”

According to the paper, nature created 40% of Earth’s mineral species in more than one way—for example, both abiotically and with a helping hand from cells—and in several cases used more than 15 different recipes to produce the same crystal structure and chemical composition.

Of the 5,659 recognized mineral species surveyed by Hazen and colleagues, nine came into being via 15 or more different physical, chemical and/or biological processes—everything from near-instantaneous formation by lightning or meteor strikes, to changes caused by water-rock interactions or transformations at high pressures and temperature spanning hundreds of millions of years.

And, as if to show she has a sense of humor, Nature has used 21 different ways over the last 4.5 billion years to create pyrite (aka Fool’s Gold)—the mineral world’s champion of diverse origins. Pyrite forms at high temperature and low, with and without water, with the help of microbes and in harsh environments where life plays no role whatsoever.

Composed of one part iron to two parts sulfide (FeS2), pyrite is derived and delivered via meteorites, volcanos, hydrothermal deposits, by pressure between layers of rock, near-surface rock weathering, microbially-precipitated deposits, several mining-associated processes including coal mine fires, and many other means.

To reach their conclusions, Hazen and Morrison built a database of every known process of formation of every known mineral. Relying on large, open-access mineral databases (mindat.org and rruff.ima/info), amplified by thousands of primary research articles on the geology of mineral localities around the world, they identified 10,556 different combinations of minerals and modes of formation, detailed in the paper, “On the paragenetic modes of minerals: A mineral evolution perspective.”

In all, minerals have come into being in one or more of 57 different ways, according to that paper and a sister paper published simultaneously by the same journal, “Lumping and splitting: toward a classification of mineral natural kinds,” co-authored by Drs. Hazen and Morrison in collaboration with mineralogists Sergey Krivovichev of the Russian Academy of Sciences and Robert Downs of the University of Arizona.

The goal of their efforts: “To understand how the diversity and distribution of minerals have changed through deep time and to propose a system of mineral classification that reflects mineral origins in the context of evolving terrestrial worlds.”

Distinguishing minerals based on how and when each kind appeared through Earth’s 4.5 billion+ year history

In earlier studies over more than a century, thousands of mineralogists worldwide have carefully documented almost 6,000 different “mineral species” based on their unique combinations of chemical composition and crystal structure. Dr. Hazen and colleagues took a different approach, emphasizing how and when each kind of mineral appeared through more than 4.5 billion years of Earth history.

“No one has undertaken this huge task before,” says Dr. Hazen, honoured by the IMA with its 2021 medal for his outstanding achievements in mineral crystal chemistry, particularly in the field of mineral evolution.

“In these twin papers, we are putting forward our best effort to lay the groundwork for a new approach to recognizing different kinds of minerals. We welcome the insights, additions, and future versions of the mineralogical community.”

The papers’ new insights and conclusions include:

Water has played a dominant role in the mineral diversity of Earth, involved in the formation of more than 80% of mineral species.Life played a direct or indirect role in the formation of almost half of known mineral species while a third of known minerals—more than 1,900 species—formed exclusively as a consequence of biological activities.Rare elements play a disproportionate role in Earth’s mineral diversity. Just 41 elements—together constituting less than 5 parts per million of Earth’s crust—are essential constituents in some 2,400 (over 42%) of Earth’s minerals. The 41 elements include arsenic, cadmium, gold, mercury, silver, titanium, tin, uranium, and tungsten.Much of Earth’s mineral diversity was established within the planet’s first 250 million yearsSome 296 known minerals are thought to pre-date Earth itself, of which 97 are known only from meteorites (with the age of some individual mineral grains estimated at 7 billion years—billions of years before the origin of our solar system)The oldest known minerals are tiny, durable zircon crystals, almost 4.4 billion years oldMore than 600 minerals have derived from human activities, including over 500 minerals caused by mining, 234 of them formed by coal mine fires

Diamonds, for example, composed of carbon, have originated in at least nine ways, including condensation in the cooling atmospheres of old stars, during a meteorite impact, and under hot ultra-high-pressure deep within the Earth.

The authors propose that, complementary to the IMA-approved mineral list, new categorizations and groupings be created on the basis of a mineral’s genesis (paragenetic mode).

For example, science can group 400 minerals formed by condensation (whereby a substance transitions directly from gas to solid without passing through a liquid state) at volcanic fumaroles—openings in the Earth’s surface that emit steam and volcanic gasses.

The papers detail other considerations in the clustering and classification of minerals, such as the eon in which they formed. For example, Earth’s “Great Oxidation Event” about 2.3 billion years ago led new minerals to form at the planet’s near-surface.

And about 4.45 billion years ago, when water first appeared, the earliest water-rock interactions may have produced as many as 350 minerals in near-surface marine and terrestrial environments.

It appears too that hundreds of different minerals may have formed on Earth prior to the giant impact that vaporized much of our planet’s crust and mantle and led to the Moon’s formation about 4.5 billion years ago. If so, those minerals were obliterated, only to reform as Earth cooled and solidified.

“The sharp contrast between Earth’s large complement of minerals and the relative mineralogical parsimony of the Moon and Mercury, as well as the modest diversity found on Mars, stems from differing influences of water,” the authors say.

In addition to accidental mineral creations in mining fires, humanity has manufactured countless thousands of mineral-like compounds that don’t qualify for recognition by the IMA—building materials, semiconductors, laser crystals, specialty alloys, synthetic gemstones, plastic debris and the like. All, however, are “likely to persist for millions of years in the geologic record, thus providing a clear sedimentary horizon that marks the so-called ‘Anthropocene Epoch’.”

Meanwhile, there are 77 “biominerals,” according to the paper, formed by a variety of metabolic processes—everything from corals, shells, and stinging nettles, to minerals in bones, teeth and kidney stones.

Another 72 minerals derive directly or indirectly from the guano and urine of birds and bats. That list includes the rare mineral spheniscidite, which forms when the urine of penguins (order Sphenisciformes, hence the mineral name) reacts with clay minerals beneath a rookery on Elephant Island in the British Antarctic Territory.

Mineral evolution and the origins of life

The authors note that the formation of oceans, the extensive development of continental crust, and perhaps even the initiation of some early form of subduction (the process that drives plate tectonics today) in the early Hadean Eon 4.0 to 4.5 billion years ago, meant many important mineral-forming processes—and as many as 3,534 mineral species—occurred in Earth’s first 250 million years.

“If so, then most of the geochemical and mineralogical environments invoked in models of life’s origins would have been present 4.3 billion years ago,” they say.

If life is “a cosmic imperative that emerges on any mineral- and water-rich world,” the authors say, “then these findings support the hypothesis that life on Earth emerged rapidly, in concert with a vibrant, diverse Mineral Kingdom, in the earliest stages of planetary evolution.”

“What mineral-forming environments occur on the Moon, Mars, and other terrestrial worlds? Enumerating paragenetic modes, and placing each mineral species into one or more of those categories, offers an opportunity to evaluate extraterrestrial mineralogy with a new perspective. If Mars had (or still has) a hydrological cycle, what mineralogical manifestations might we expect? For example, are there Martian hydrothermal sulfide deposits and, if so, were a variety of metals mobilized? On the other hand, if the Moon is truly dry, then what paragenetic processes are excluded? And do extraterrestrial bodies display paragenetic processes not seen on Earth, such as cryo-volcanism on Titan?”

Twin papers to debut July 1 in American Mineralogist are: “On the paragenetic modes of minerals: A mineral evolution perspective,” and “Lumping and splitting: toward a classification of mineral natural kinds.”

5,659: Mineral “species” recognized by the International Mineralogical Association at the time of this research. (That number has since risen to more than 5,800 species) 10,556: Combinations of minerals species and means of origin (“mineral kinds”)57: different physical, chemical or biological processes that created Earth’s minerals40%: Proportion of mineral species that originated in more than one way3,349 (59%): Minerals that occur in just one process (paragenetic mode)1,372 (24%): Minerals that occur in two ways458 (8%): Minerals that occur in three ways480 (8%): Minerals that occur in four or more ways9: Minerals that came into being via 15 or more ways21: Ways in which pyrite (Fool’s Gold) has formed—the most of any mineral9: Ways in which diamonds have formed in environments from outer space to deep Earth 80%: Minerals that water played a dominant role in creating~50%: Minerals in which biology played a direct or indirect role in creating1,900 (about 1/3rd): Minerals formed exclusively by biological processes41: Rare elements (constituting less than 5 parts per million of Earth’s crust) involved in forming 2,400 (over 42%) of minerals296: Mineral thought to pre-date Earth itself97: Minerals known only from meteorites7 billion years (pre-dating our solar system by billions of years): The age of individual mineral grains discovered in meteoritesUp to 350: Minerals created in near-surface marine and terrestrial environments when water first appeared on Earth ~4.45 billion years ago4.4 billion years: Age of the oldest known mineral created on Earth: zircon crystals3,534: minerals thought to have formed within Earth’s first 250 million years600+: Minerals derived from human activities, including 500+ caused by mining, 234 from coal mine fires77: Biominerals (formed by metabolic processes)72: Minerals derived directly or indirectly from the guano and urine of birds and bats