The Juul e-cigarette ban: Will it make a difference? 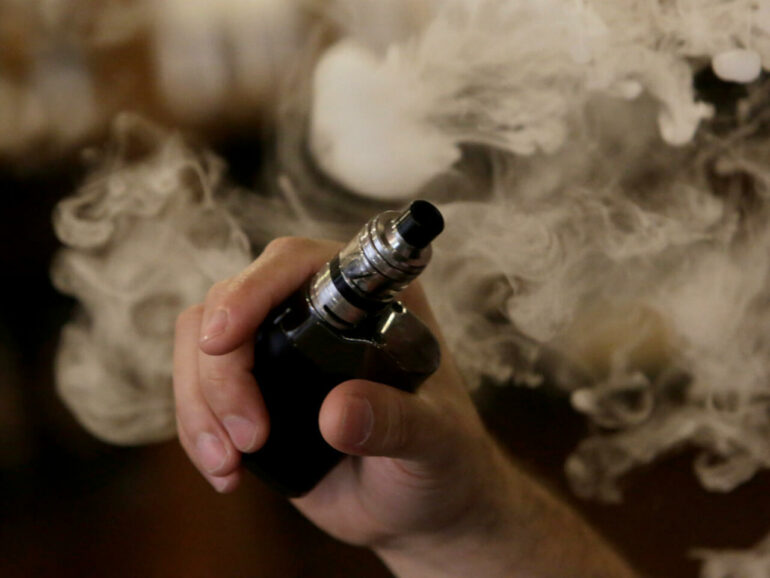 In late June, the Food and Drug Administration (FDA) ordered Juul Labs Inc. to remove all of its e-cigarettes from the U.S. market, a move applauded by many concerned about e-cigarette use among youth. (Soon after, a U.S. court of appeals granted the company an emergency stay, temporarily blocking the FDA’s order; Juul is now pursuing a formal stay.)

Juul came under the FDA’s scrutiny in recent years when the company’s fruit- and candy-flavored e-cigarettes became popular with teenagers who had never used tobacco products before. E-cigarettes are handheld, battery-powered devices that heat a liquid, which usually contains nicotine and flavorings, among other things. A user inhales the vapor, which is why using an e-cigarette is often called vaping.

E-cigarettes, which arrived in the United States around 2007, were originally intended for adults as a way to quit smoking traditional or “combustible” cigarettes. However, the various flavors and flashy marketing campaigns attracted the attention of teenagers, public health experts say.

In 2018, the FDA warned of an epidemic of teens who were becoming addicted to nicotine through these products. More than 2 million middle and high school students use e-cigarettes, and almost 85% of them use flavored products, according to the 2021 National Youth Tobacco Survey from the FDA and the Centers for Disease Control and Prevention (CDC).

To address these concerns, in early 2020 the FDA announced an order that would stop most flavored vape pods (also known as cartridges) from being sold. Then, in April 2020, the agency began reviewing all U.S. e-cigarette products to determine which could stay on the market and which should be removed. The decision for each is based on whether the products offer more public health benefits (helping smokers quit) rather than harm (hooking youth on nicotine).

The review process is called “premarket evaluation.” A federal judge ordered the FDA to complete its process by September 2021. On the deadline last year, the FDA said it had ruled on 93% of the products, but needed more time to decide on Juul and other major applicants. In October 2021, the first product to receive an “okay” from the FDA was R.J. Reynolds’ Vuse Solo refillable device and corresponding tobacco-flavored pods.

The FDA’s recent ruling on Juul is only the latest in a heated public health debate about e-cigarettes, including whether or not they help smokers quit and what risks they pose to youth.

Below, our Yale Medicine experts in pulmonology, oncology, and tobacco addiction discuss the history of this debate as well as potential implications from these latest developments.

How e-cigarettes came to the U.S.

A pharmacist in China created what would be the first commercially successful electronic cigarette in 2003. “He wanted to develop a pure form of nicotine that could help smokers quit, but without the thousands of harmful chemicals that come from burning cigarettes,” explains Suchitra Krishnan-Sarin, Ph.D., co-director of the Yale Tobacco Center for Regulatory Science.

E-cigarettes were imported into the U.S. a few years later. In 2009, the FDA attempted to stop imports of e-cigarettes on the grounds that they were unapproved drug delivery devices that required pre-approval, registration, and listing with the regulatory agency.

In response, an electronic cigarette company based in the U.S. sued the FDA and claimed that because e-cigarettes contain nicotine, they should be regulated as tobacco products, and not drug or medical devices. A federal judge agreed, ruling that the FDA could not block imports of e-cigarettes and that they should be classified as a tobacco product.

Krishnan-Sarin wishes this had happened differently. “I would really like to see e-cigarettes approved as drug delivery devices or as drugs for smoking cessation. If they had been considered either of these two, there were would have been strict regulations,” Krishnan-Sarin explains. “Instead, the FDA’s hands were tied.”

This is because under federal law, although the FDA has the power to regulate the tobacco industry, they can do so with certain limitations. For example, nicotine and cigarette products cannot be banned, but flavorings such as mint (sold as menthol) and fruit can.

Meanwhile, e-cigarettes became popular among adolescents, who were drawn to the fruit and candy flavors (combined with nicotine) that could be placed in e-cigarette devices.

In turn, public health experts grew concerned with youth’s exposure to nicotine. The chemical is not only highly addictive, but it can increase blood pressure and affect the flow of blood to the heart. It may also harden the arterial walls, which can lead to a heart attack.

“I don’t think it is safe for children to use any of these products,” Krishnan-Sarin says. “We are still concerned about the effects of nicotine on the developing brain, and we are worried about all the metals in the flavored products and what they will do to developing lungs. We worked with kids in high schools who vape, and they tell us they can feel a difference in sports and activities, that they feel breathing is more difficult.”

In 2019, the CDC advised people to avoid e-cigarettes in response to a nationwide outbreak of severe lung injuries associated with vaping, a condition called EVALI (e-cigarette, or vaping, product use-associated lung injury).

Patients affected by the disease have symptoms ranging from cough, chest pain, and shortness of breath to fatigue, vomiting, and fever. Since the initial outbreak, there have been thousands of cases and dozens of deaths related to EVALI.

Researchers identified vitamin E acetate as the main cause of illness. Vitamin E acetate is a chemical added to some vaping products that contain THC, the main psychoactive compound found in marijuana.

“Vitamin E acetate is currently thought to be the primary cause of EVALI,” says Stephen Baldassarri, MD, MS, a Yale Medicine pulmonologist and addiction medicine specialist.

A loophole for disposable products

In response to the burgeoning e-cigarette market and concern over youth using the products, the FDA in 2020 ordered most flavored vape pods off the market. But there was a loophole.

In US, alcohol use disorder linked to 232 million missed workdays annually

Because disposable e-cigarettes were not restricted by the FDA’s new policy, sales of flavored disposable products surged, particularly for Vuse and another brand called Puff Bar. In 2021, about 53% of youth reported using disposables, followed by approximately 29% who used refillable or prefilled cartridges. Puff Bar and Vuse are now more popular with youth than Juul, a former e-cigarette market leader. Juul does not make a disposable device.

The verdict is still out on whether e-cigarettes help smokers quit. One of the largest studies done on this was published in The New England Journal of Medicine in 2019. The study, which included 886 randomized participants, compared e-cigarettes and nicotine replacement therapy, which included patches, gum, lozenges, nasal spray, and mouth spray. Treatment included weekly behavioral support for at least four weeks. The one-year abstinence rate was 18% in the e-cigarette group and 9.9% in the nicotine replacement group.

Roy S. Herbst, MD, Ph.D., deputy director for clinical affairs and chief of medical oncology at Yale Cancer Center and Smilow Cancer Hospital, says he would like to see more clinical trials on this subject. “Ideally, we would encourage someone who is already smoking to switch to e-cigarettes,” Dr. Herbst says.

In general, Dr. Herbst says he recommends smokers to first try proven cessation methods, including nicotine patches, gum, medications, and behavioral therapies. “I am open to attempting e-cigarettes as a way to quit, but I think you should try everything else first,” he says. “And e-cigarettes need to be clearly regulated.”

Dr. Baldassarri says that e-cigarettes do help some people quit smoking, which is a good thing, but points out that there is no long-term data on the safety of e-cigarette use itself. “We still do not understand the consequences of chronic e-cigarette vaping,” he says.

In the meantime, Dr. Baldassarri says population rates of smoking and vaping should be closely monitored to ensure that the regulatory steps taken by the FDA are optimizing protection of public health. “We want to see cigarette smoking rates decline, and we want vaping to decline among youth and non-smokers,” he says.