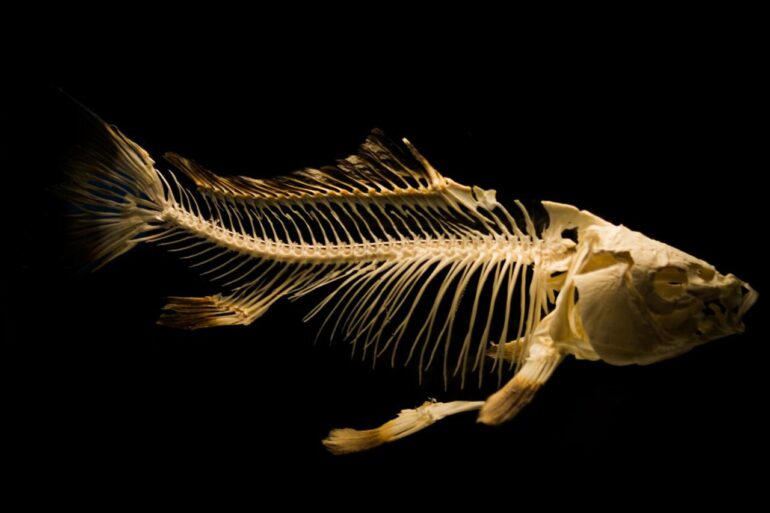 New research at the University of Leicester has transformed scientists’ understanding of how spectacular fossils with delicate soft tissues form.

While most fossils are “hard” tissues, such as bone, shells or teeth, some rare sites around the world had unique conditions which allowed minerals to fossilize soft parts such skin, muscles and other organs—even the fragile eyeballs of some ancient creatures.

But one aspect of this rare preservation that has troubled scientists is why some internal organs seem to fossilize more commonly that others.

Researchers in Leicester’s Center for Paleobiology developed an experiment to study the chemistry inside a decaying fish and map the pH levels of its internal organs over the course of the carcass decaying for two-and-a-half months.

Their findings, published today (Monday) in Palaeontology, show that each organ’s specific tissue chemistry governs its likelihood to be replaced by minerals.

This result explains why some tissues are more easily turned into the calcium phosphate fossils which capture high-resolution detail of a creature’s most fragile material, while other organs are seemingly lost to time.

Dr. Thomas Clements, now of the University of Birmingham, led the study during his time as a Ph.D. researcher at Leicester. He says that “one of the best ways that soft tissue can turn into rock is when they are replaced by a mineral called calcium phosphate (sometimes called apatite). Scientists have been studying calcium phosphate for decades trying to understand how this process happens—but one question we just don’t understand is why some internal organs seem more likely to be preserved than others.”

“We designed an experiment observing rotting fish, which was disgusting and smelly, but we made an interesting discovery.”

“The organs don’t generate special microenvironments—they all rot in a kind of ‘soup’ together. This means that it is the specific tissue chemistry of the organs that governs their likelihood to turn into fossils.”

In order for a tissue to phosphatize, its pH must fall below about pH 6.4. At this acidity, if the fossil is buried quickly, calcium phosphate and other minerals can begin the fossilization process which preserves the exquisite detail of some soft tissues.

One of the finest examples of such fossils includes a Cretaceous-era octopus of the extinct genus Keuppia unearthed in Lebanon, estimated to be at least 94 million years old.

Sarah Gabbott is a Professor of Paleobiology and co-author of the paper. Professor Gabbott added that “watching and recording (and smelling) how a fish rots may not be most people’s idea of science, but for paleontologists understanding the process of decay is crucial to revealing which anatomical features of an animal are likely to become a fossil, and what they will look like.”

“We were really pleased with the results because we can now explain, for example, why fossils often preserve an animal’s gut but never preserve their liver.”