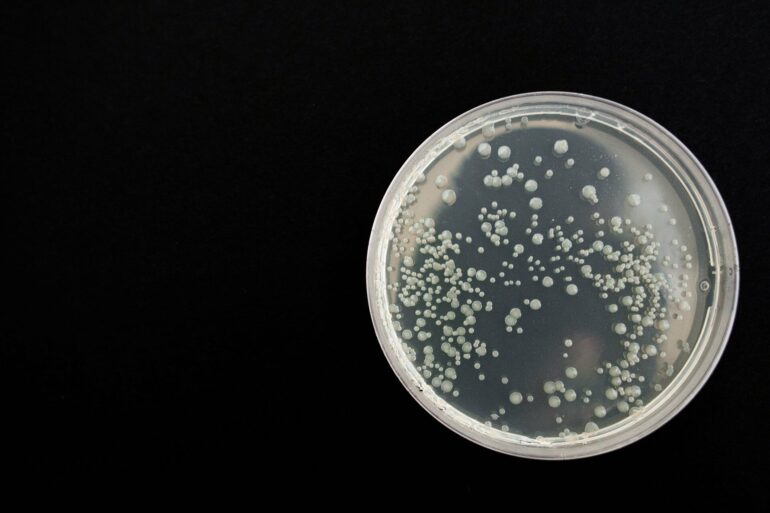 Researchers from The University of Manchester have discovered a new way of manipulating key assembly line enzymes in bacteria which could pave the way for a new generation of antibiotic treatments.

New research published today in Nature Communications, describes how CRISPR-Cas9 gene editing can be used to create new nonribosomal peptide synthetase (NRPS) enzymes that deliver clinically important antibiotics. NRPS enzymes are prolific producers of natural antibiotics such as penicillin. However, up until now, manipulating these complex enzymes to produce new and more effective antibiotics has been a major challenge.

The UK government suggest antimicrobial resistance (AMR) infections are estimated to cause 700,000 deaths each year globally and are predicted to rise to 10 million, costing the global economy $100 trillion, by 2050. AMR also threatens many of the UN’s Sustainable Development Goals (SDGs), with an extra 28 million people that could be forced into extreme poverty by 2050 unless AMR is contained.

The Manchester team says the gene editing process could be used to produce improved antibiotics and possibly lead to the development of new treatments helping in the fight against drug-resistant pathogens and illnesses in the future. Jason Micklefield, Professor of Chemical Biology at the Manchester Institute of Biotechnology (MIB), UK, explains: “The emergence of antibiotic-resistant pathogens is one of the biggest threats we face today.”

“The gene editing approach we developed is a very efficient and rapid way to engineer complex assembly line enzymes that can produce new antibiotic structures with potentially improved properties.”

Microorganisms in our environment, such as soil dwelling bacteria, have evolved nonribosomal peptide synthetase enzymes (NRPS) that assemble building blocks called amino acids into peptide products which often have very potent antibiotic activity. Many of the most therapeutically important antibiotics, used in the clinic today, are derived from these NRPS enzymes (e.g. penicillin, vancomycin and daptomycin).

Unfortunately, deadly pathogens are emerging which are resistant to all of these existing antibiotic drugs. One solution could be to create new antibiotics with improved properties that can evade the resistance mechanisms of the pathogens. However, the nonribosomal peptide antibiotics are very complex structures which are difficult and expensive to produce by normal chemical methods. To address this, the Manchester team use gene editing to engineer the NRPS enzymes, swapping domains that recognize different amino acid building blocks, leading to new assembly lines that can deliver new peptide products.

Micklefield added: “We are now able to use gene editing to introduce targeted changes to complex NRPS enzymes, enabling alternative amino acids precursors to be incorporated into the peptide structures. We are optimistic that our new approach could lead to new ways of making improved antibiotics which are urgently needed to combat emerging drug-resistant pathogens.”