Sea dragons’ genes give clues to their distinctive looks 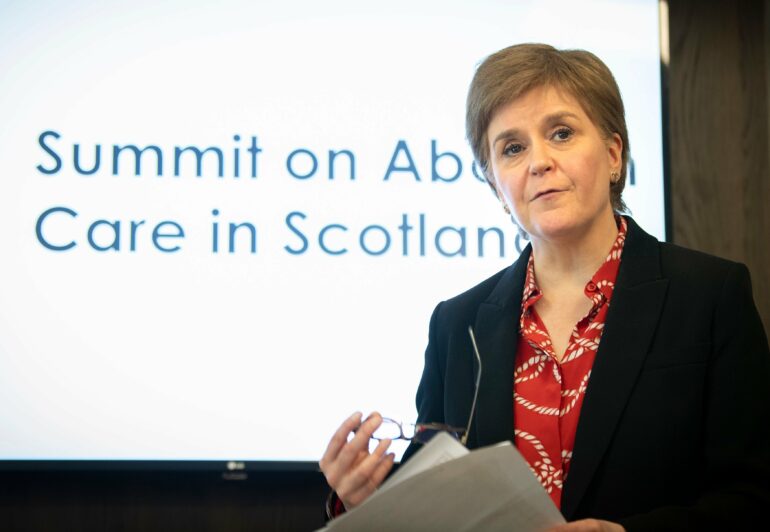 Even with plenty of fish in the sea, sea dragons stand out from the crowd.

The funky, fabulous fish are bedecked with ruffly leaf-like adornments. Their spines are kinked. They’re missing their ribs and their teeth. And the responsibility of pregnancy is taken on by the males.

By sequencing the genomes of two species of sea dragons, University of Oregon (UO) researchers have found genetic clues to the fish’s distinctive features: They’re missing a key group of genes found in other vertebrates. Those genes help direct the development of the face, teeth and appendages, as well as parts of the nervous system.

Sea dragons belong to the same family as sea horses and pipefish. “This group is just cool for a number of different reasons,” said Clay Small, a research assistant professor and member of biology professor Bill Cresko’s lab. “But sea dragons are oddballs in a group of already oddball fish.”

“There’s a lot of interest in how malleable to evolution things like the head and face are,” Bassham said.

And sea dragons can be good case studies for that kind of question because of the extreme differences they’ve evolved fairly quickly. The family that sea dragons and sea horses belong to branched off about 50 million years ago, which is relatively recently by evolutionary standards.

Bassham, Small and their colleagues report their findings June 22 in the journal Proceedings of the National Academies of Sciences.

In the wild, sea dragons only live off the coast of Australia. That’s made them tricky to study. But Cresko’s lab got rare access to tissue samples by collaborating with scientists from the Birch Aquarium at Scripps and the Tennessee Aquarium, which raise sea dragons in captivity.

The researchers sequenced the genomes of two sea dragon species, leafy and weedy sea dragons. They compared those genetic sequences to pipefish and sea horses, as well as other less closely related bony fish such as zebrafish and stickleback.

Along with pipefish and sea horses, sea dragons were missing a chunk of genes that guide development, a possible clue to the origins of their unique form.

Compared to their close relatives, sea dragons also contained higher-than-usual amounts of repetitive DNA sequences called transposons. These sequences, also known as “jumping genes,” often copy themselves or move around in the genome. They can cause rapid genetic changes when they insert themselves in the middle of or near a gene, preventing the gene from working as usual.

The team also used a specialized X-ray microscope at the UO’s Knight Campus to capture a high-resolution 3D image of a weedy sea dragon. They scanned the foot-long fish in sections, then stitched the images together into a complete picture.

“Nobody had ever imaged any part of a sea dragon before that way, with such high resolution,” Bassham said.

New dinosaur species from Chile had a unique slashing tail

At that level of detail, they could see the fine structure of the sea dragon’s bones, and also get insight into how some of the fish’s unique body structures might have evolved.

“We could see that the support structures for the leafy paddles appeared to be elaborations of spines, and then the fleshy appendages were added to the ends,” Bassham said. “It lent evidence to idea that these (ornaments) are evolutionarily derived from spines.”

The UO scientists hope making sea dragons’ genome sequences publicly available will be useful for further research not only in evolution and developmental genetics but perhaps also in the effort to understand and conserve the rare fish.