Split-second of evolutionary cellular change could have led to mammals, suggests new hypothesis 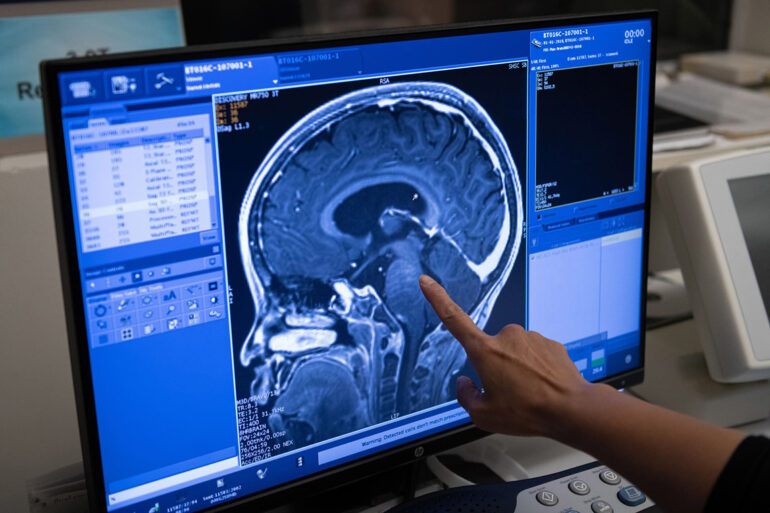 A newly-published hypothesis, led by a UCL researcher, suggests a momentary leap in a single species on a single day millions of years ago might ultimately have led to the arrival of mammals—and therefore humans.

Published in the Journal of Cell Science, Professor John Martin (UCL Division of Medicine) thinks a single genetic molecular event (inheritable epigenetic change) in an egg-laying animal may have resulted in the first formation of blood platelets, approximately 220 million years ago.

In mammals and humans, platelets are responsible for blood clotting and wound healing, so play a significant role in our defense response. Unlike our other cells, they don’t have nuclei—so are unique to mammals, since other classes of animal such as reptiles and birds have blood clotting cells with nuclei.

Our platelets are formed from megakaryocytes that mature in the bone marrow. When these megakaryocytes are released into the blood stream and reach the very high-pressure blood vessels the lungs, they “burst” apart, each cell releasing thousands of platelets inside the bloodstream.

The researchers suggest that millions of years ago a mammalian ancestor—possibly an animal related to the duck-billed platypus—underwent the very first formation of platelets, thanks to a sudden genetic change in the nucleus of its blood clotting cells that meant normal cell division did not take place causing the cells to increase in size.

If so, those much larger cells might then have been forced to burst inside the first capillaries they met in the animal’s blood stream, releasing their cytoplasmic fragments. These fragments proved to be more efficient at stopping bleeding, so if this genetic change was inheritable, it would have given its offspring a major advantage through natural selection. An animal with this epigenetic change could stem bleeding from fighting or wounds much better than its competitors, and so live longer.

Professor Martin, Professor of Cardiovascular Medicine at UCL, says, “Because of the uniqueness of platelets, it is reasonable to suggest that a unique event led to their origin. This was a radical, internal evolution occurring in a single animal, on a single day, 220 million years ago, and was then reinforced by natural selection.”

Professor Martin and his colleague Professor Paolo D’Avino (University of Cambridge) then suggest that this single cellular rapid change ultimately led to the development, over 120 million of years, to the placenta, allowing the fetus to be retained inside the mother for longer-term development and thus allowing evolution to achieve live birth. The ability to clot wounds is an essential element of live birth by means of a placenta, since the placenta splits from the mother’s uterus during the birth process. The female would not survive birth and therefore not be able to suckle her offspring if she were unable to stem the bleeding.

In their paper, Professors Martin and D’Avino propose experiments that would support their hypothesis, including in vitro and in animal models.

“Without this single critical epigenetic change, we suggest mammals would never have evolved, and therefore human beings would not be around today,” says Professor Martin. “With this research, we’ve laid down a marker based on the available evidence—and we’re suggesting these experiments that will either support or help to refute our hypothesis.”