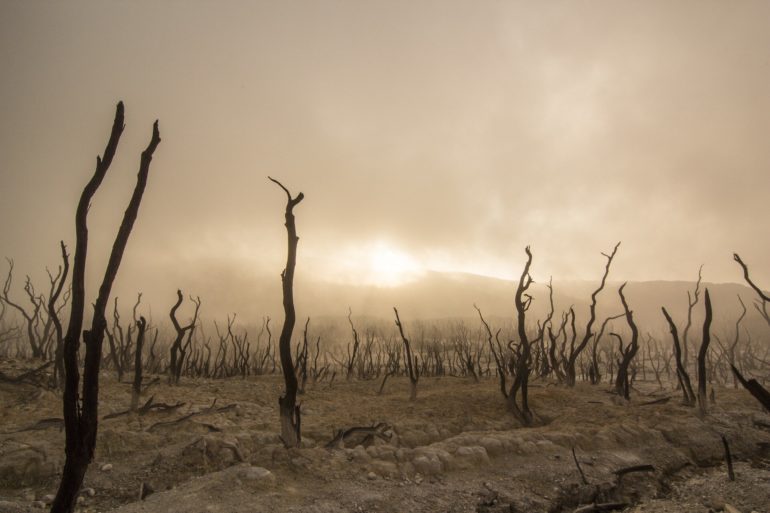 Exceeding tipping points in the climate system could lead to a measurable increase in the economic impacts of climate change, according to a new paper published in the journal Proceedings of the National Academy of Sciences.

Researchers from the London School of Economics and Political Science, University of Delaware and New York University have created a new model to estimate the economic impacts of climate tipping points, such as disintegration of the Greenland Ice Sheet.

In the authors’ main scenario, the risks of these tipping points occurring increases the economic cost of damages we can expect from climate change by about 25 percent compared with previous projections.

The authors considered eight tipping points that have been described in the scientific literature:

Thawing of permafrost, leading to carbon feedback resulting in additional carbon dioxide and methane emissions, which flow back into the carbon dioxide and methane cycles.Dissociation of ocean methane hydrates, resulting in additional methane emissions, which flow back into the methane cycle.Arctic sea ice loss (also known as ‘the surface albedo feedback’), resulting in changes in radiative forcing, which directly affects warming.Dieback of the Amazon rainforest, releasing carbon dioxide, which flows back into the carbon dioxide cycle.Disintegration of the Greenland Ice Sheet, increasing sea-level rise.Disintegration of the West Antarctic Ice Sheet, increasing sea-level rise.Slowdown of the Atlantic Meridional Overturning Circulation, modulating the relationship between global mean surface temperature and national mean surface temperature.Variability of the Indian summer monsoon, directly affecting GDP per capita in India.

The study found that economic losses associated with the tipping points would occur almost everywhere in the world. The dissociation of ocean methane hydrates and thawing permafrost would create the largest economic impacts.

The authors emphasize that their estimate of the impacts are probably underestimates, but their model can be updated as more information about tipping points is discovered.

Professor Simon Dietz at the Department of Geography and Environment and the Grantham Research Institute on Climate Change and the Environment at the London School of Economics and Political Science, said that “climate scientists have long emphasized the importance of climate tipping points like thawing permafrost, ice sheet disintegration, and changes in atmospheric circulation. Yet, save for a few fragmented studies, climate economics has either ignored them, or represented them in highly stylised ways. We provide unified estimates of the economic impacts of all eight climate tipping points covered in the economic literature so far.”

How Mutualistic Bonds Between Species Can Morph Into Evolutionary Battles

Provided by
Grantham Research Institute on Climate Change and the Environment