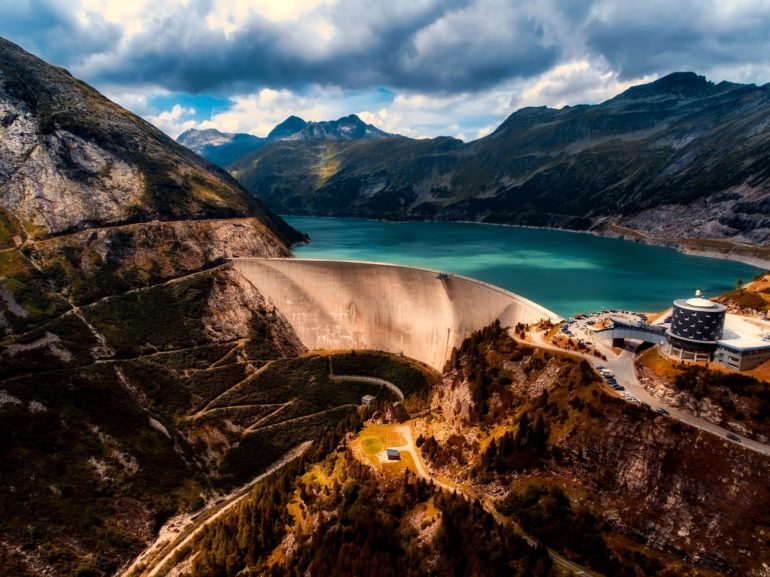 A trio of researchers from the University of Innsbruck and the Free University of Bolzano has calculated the effect of positive radiation due to the albedo-climate penalty on hydropower dammed reservoirs. In their paper published in the journal Nature Energy, Georg Wohlfahrt, Enrico Tomelleri and Albin Hammerle describe studying hundreds of major hydropower stations around the world and used data from their study to calculate the albedo-climate penalty for hydropower dammed reservoirs.

For many years, hydropower has been touted as a clean source of energy—water rushing through dams is used to turn turbines that produce electricity. But calculations meant to compare hydroelectric power with other clean sources typically leave out one important critical factor—albedo.

Albedo is the proportion of radiation that is reflected by a surface. Damming a river creates a water surface. That surface can reflect energy from the sun, or it can allow the energy to pass through the surface to be absorbed by the water below. Prior studies have shown that hydroelectric reservoirs are typically darker than the surrounding land; thus, building a dam results in the creation of a reservoir that absorbs more heat than the land. And that heat slowly seeps into the atmosphere, contributing to global warming. In this new effort, the researchers surveyed 724 major hydropower stations around the world to see how much more heat they were releasing into the environment than would have been the case had the dams supporting them not been built. They then calculated how long it would take them to overcome the albedo-climate penalty, and thus to see a climate benefit.

The researchers found that almost half of the reservoirs they surveyed took just four years to reach a net climate benefit. Unfortunately, they also found that 19% of those surveyed took more than 40 years to do so, and approximately 12% of them took 80 years—the average lifetime of a hydroelectric plant.

The researchers suggest that changes to hydroelectric reservoirs are required to reduce the albedo penalty.

Virtual reality at your fingertips