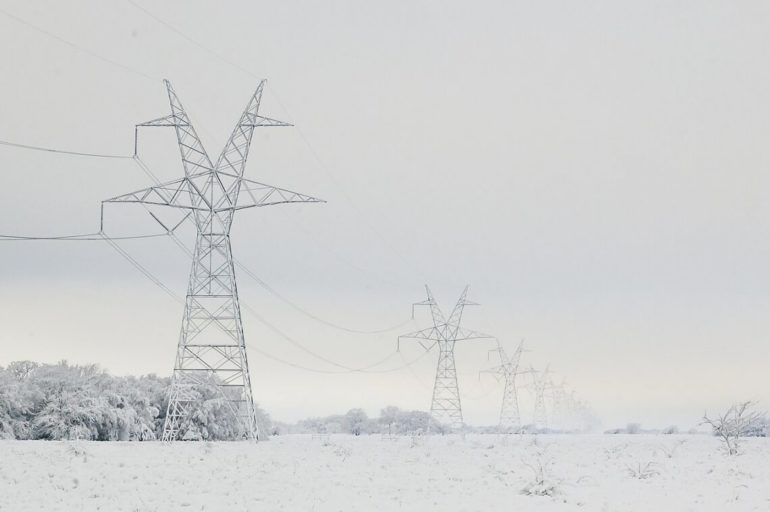 Throughout Earth’s oceans runs a conveyor belt of water. Its churning is powered by differences in the water’s temperature and saltiness, and weather patterns around the world are regulated by its activity.

The study, published in the journal Communications Earth & Environment, was led by Jianjun Yin, an associate professor in the University of Arizona Department of Geosciences and co-authored by Ming Zhao, a physical scientist at the National Oceanic and Atmospheric Administration’s Geophysical Fluid Dynamics Laboratory.

AMOC works like this: Warm water travels north in the upper Atlantic Ocean and releases heat into the atmosphere at high latitudes. As the water cools, it becomes denser, which causes it to sink into the deep ocean where it flows back south.

But as the climate warms, so does the ocean surface. At the same time, the Greenland ice sheet experiences melting, which dumps more freshwater into the ocean. Both warming and freshening of the water can reduce surface water density and inhibit the sinking of the water, slowing the AMOC. If the AMOC slows, so does the northward heat transport.

“Think of it as two highways connecting two big cities,” Yin said. “If one is shut down, the other one gets more traffic. In the atmosphere, the traffic is the daily weather. So, if the ocean heat transport slows or shuts down, the weather becomes more extreme.”

Yin said the study was motivated by the extreme cold weather Texas experienced in February.

“In Houston, the daily temperature dropped to 40 degrees Fahrenheit below the normal,” Yin said. “That’s the typical range of a summer/winter temperature difference. It made Texas feel like the Arctic. This kind of extreme winter weather happened several times in the U.S. during recent years, so the scientific community has been working to understand the mechanism behind these extreme events.”

The crisis in Texas caused widespread and catastrophic power outages, and the National Oceanic and Atmospheric Administration estimated that socioeconomic damages totaled $20 billion. Yin was curious about the role the ocean played in the extreme weather event.

Yin and Zhao used a state-of-the-art, high-resolution global climate model to measure the influence of the AMOC on U.S. extreme cold weather.

They ran the model twice, first looking at today’s climate with a functioning AMOC. They then adjusted the model by inputting enough freshwater into the high-latitude North Atlantic to shut down the AMOC. The difference revealed the role of the AMOC in extreme cold weather. They found that without the AMOC and its northward heat transport, extremely cold winter weather intensifies in the U.S.

According to recent observational studies, the AMOC has weakened in past decades. Climate models project it will get even weaker in response to increased greenhouse gases in the atmosphere.

“But there is uncertainty about the magnitude of the weakening, because at this point, we don’t know exactly how much the Greenland ice sheet will melt,” Yin said. “How much it melts depends on the greenhouse gas emissions.”

The researchers also didn’t take into account in their model the effects of human-caused global warming, but that’s an area of interest for the future, Yin said.

“We basically just turn off the AMOC (in the model) to look at the response by extreme weather,” he said. “Next, we want to factor in the greenhouse gases and look at the combined effects of the AMOC slowdown and global warming on extreme cold weather.”

Ocean current system seems to be approaching a tipping point