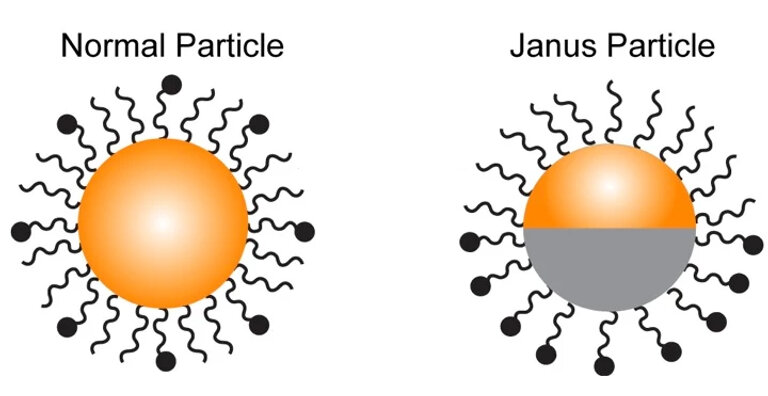 A trio of chemists at Indiana University Bloomington has created a new sensor to detect chemical changes in immune cells during the breakdown of pathogens. The work could potentially contribute to the early diagnosis and treatment of infectious diseases, such as tuberculosis, that evade certain elements of the body’s immune response.

The results were reported Oct. 8 in Angewandte Chemie, a leading chemistry journal. The study was led by Yan Yu, an associate professor in the IU Bloomington College of Arts and Sciences’ Department of Chemistry.

The particles in the study were designed to understand phagocytosis, the process by which immune cells uptake and destroy pathogens in the body. During this important process, pathogens are engulfed into cellular compartments called phagosomes, which then “mature” through a complex sequence of chemical reactions, killing invading disease.

“Many important cell functions, including phagocytosis, rely on the orchestration of complex chemical reactions, but measuring these different reactions in real time inside a living cell is extremely challenging,” Yu said. “This study shows that particles of the type designed in our lab are broadly applicable to understanding many types of complex chemical interactions in living cells.”

The particles used in the study are called Janus particles, named for the two-faced Roman god. The artificially constructed particles are so-named since two sides of the same particle are “coated” with different chemical sensors. These sensors can act as detectors, or “reporters,” for various chemicals involved in the biological process under investigation.

Yu’s lab has perfected a technique to pack these receptors very close together across a Janus particle’s surface, significantly increasing their effectiveness as an investigative tool.

Yu’s previous research on Janus particles has yielded new insights into the body’s ability to resist fungal infection, as well as a new method to activate the body’s T-cells, which are used to fight cancer, enhance immune therapy, fight viral infection and induce tolerance in autoimmune disease. The latter work is the subject of a patent filing with U.S. Patent and Trademark Office. She has also filed a provisional patent on the newly reported discovery.

In the new study, Yu’s team designed a Janus particle whose two sides consist of a 3-micrometer pH reporter and a 500-nanometer proteolysis reporter. As a result, the researchers were able to simultaneously measure two chemical processes involved in phagocytosis—acidification and proteolysis—within a single maturing phagosome in real-time. They identified that phagosomes require an “acidic lumen” to activate enzymes that digest pathogens encapsulated inside, a critical step for preventing the pathogens from reproducing inside host immune cells.

They also showed that lipopolysaccharide, a sugar compound found in many bacteria’s outer-wall membranes, can affect acidification and proteolysis in phagosomes.

Understanding these processes is especially important in bacterial infections that evade the body’s immune response by hijacking one or more events in phagosome maturation process, thwarting the phagosome’s protective function. These diseases include tuberculosis, which is the world’s leading infectious disease killer, claiming about 1.5 million lives annually.

“The Janus particles created in this study act as a sensor to detect these chemical changes inside immune cells during pathogen degradation,” Yu said. “But, more broadly, the work showcases the feasibility of Janus particles as a general tool for monitoring multiple reactions within a cell—as well as highlights their potential for the detection and diagnosis of infectious diseases.”

The other authors on the study are Seonik Lee and Zihan Zhan, both graduate research assistants in Yu’s laboratory at IU Bloomington.