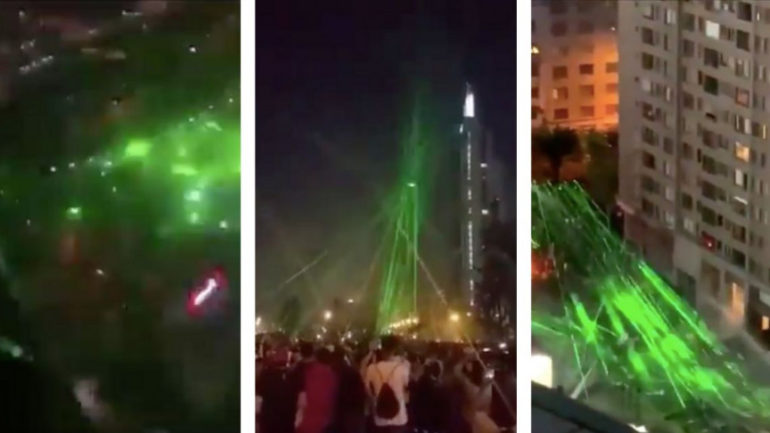 A technological feat has emerged amid the Chilean protests. A video of protestors bringing down a police drone has gone viral on social media sites. These protestors didn’t use any physical or gun force to bring the drone down. Instead, they used another form of technology: lasers.

A lot of bright green laser beams were pointed in unison at the drone, which can be seen moving erratically, before quickly falling down to Earth. How does something like this happen?

RELATED: RESEARCHERS FIND OUT THAT YOU CAN HACK INTO VOICE ASSISTANTS USING LASERS

First, it’s essential to provide a bit of context with regards to why these protests are occurring.

The protests began about a month ago in Chile’s capital, Santiago, against the increase in metro prices. This was just the starting point. The protests grew into national discontent over inequality in the South American country.

How many free hot drinks and biscuits are excessive?

Strikes across the nation have taken place, with the latest one happening just this past Tuesday. Even though Chile is one of South America’s wealthiest countries, it’s also one of its most unequal. It has the highest disparity in income levels out of all the 36 members of the Organisation for Economic Co-operation and Development (OECD).

And it looks like technology is now playing a big part in these types of protests around the world:

Soooooo, so far judging by HK and Latin America, it looks like the essential supplies for the coming Apocalypse of Western Democracy are 3M gas masks and green laser…