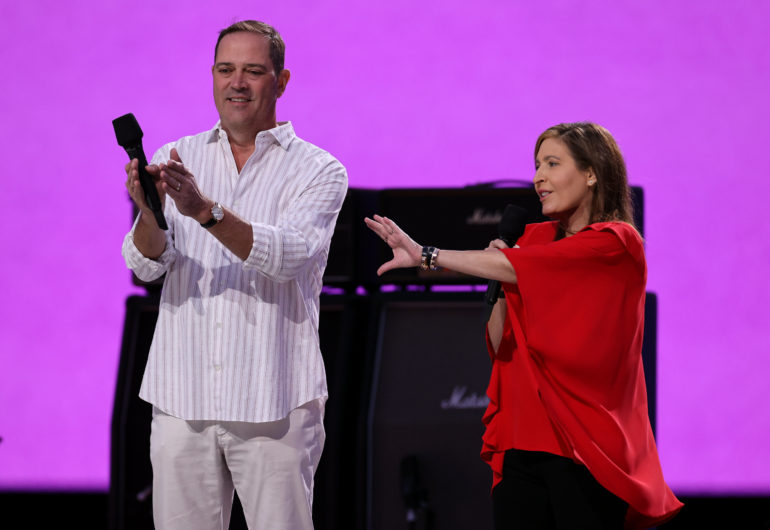 Cisco shares fell 6% in extended trading on Wednesday after the data center networking hardware maker said it expects this quarter’s earnings to be lower than analysts had expected. The company revealed the news in its earnings report for the quarter ended May 1, its fiscal third quarter.

Cisco reversed a five-quarter streak of revenue declines, posting nearly 7% growth year over year, although the quarter included 14 weeks, rather than 14 in the year-ago quarter.

In the fiscal third quarter Cisco’s top segment, Infrastructure Platforms, which includes sales of networking switch hardware, delivered $6.83 billion, which was up 6% and above the FactSet consensus estimate of $6.77 billion.

The Applications segment that includes Webex video-calling products contributed $1.43 billion in revenue, up 5% and just under than the $1.44 billion FactSet consensus.

Cisco has been enduring supply-chain challenges, along with automakers and other businesses.

“The good news, and this is reflected in our guidance, is that we are confident we will work through this as we have already put in place revised arrangements with several of our key suppliers,” Cisco CEO Chuck Robbins said on a conference call with analysts. “We believe these actions will enable us to optimize our access to critical components including semiconductors and take care of our customers by fulfilling their demand as quickly as possible.”

The supply conditions impacted the adjusted gross margin for the fiscal fourth quarter as Cisco continues to incur costs — including higher freight and unit costs for chips and memory — to make sure it gets products to customers, said Scott Herren, the company’s finance chief.

The revenue guidance would have been higher were it not for the current supply dynamics, Robbins said.

“You can extrapolate with the growth rate we saw on the product side and then with the corresponding guide that our backlog is certainly increasing, so if we had the capacity to ship, we would, but we just don’t have it,” Robbins said.

Not including Wednesday’s after-hours move, Cisco shares have risen about 17% since the start of the year, compared with a 9% rise for the S&P 500 index over the same period.

Executives will discuss the results with analysts on a conference call starting at 4:30 p.m. Eastern time.

WATCH: Why this trader is buying more Cisco