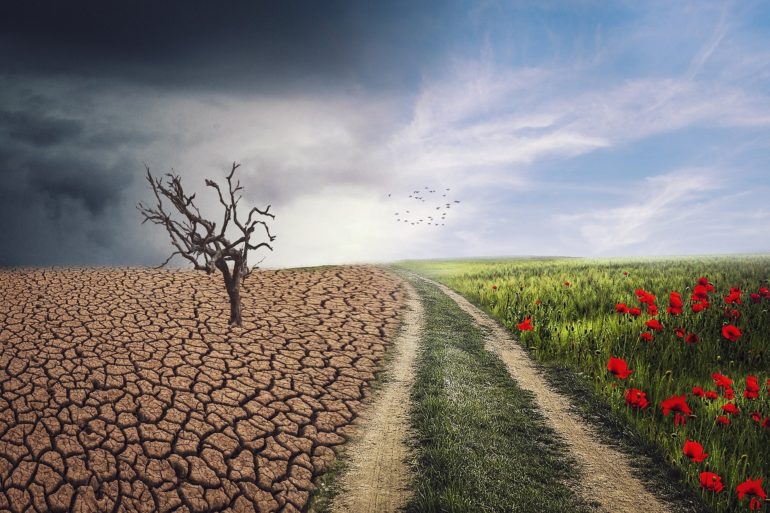 Climate skeptics who aren’t persuaded by the existing evidence from climate change are unlikely to change their minds for many years, according to a newly published quantitative study by a University of Oregon environmental economist.

The central question posed by the study published in the journal Climate Change was “How much evidence would it take to convince skeptics that they are wrong?” The answer depended on the degree of skepticism. The study modeled two types of hypothetical skeptics—those who were less extreme and believed the change in temperature was slight, as well as more extreme skeptics who believed the change was nonexistent—and exposed them to climate data recorded between 1866 and 2005, as well as future projections until the end of the century.

“If a climate skeptic is unpersuaded by the evidence that is already available to them today, my model implies that they will likely remain a skeptic for many years into future,” said author Grant McDermott, an assistant professor in the University of Oregon Department of Economics interested in the interaction between human and natural systems. “Why? Because it suggests their prior beliefs are so strong that even decades of continued warming may not be enough to convince them.”

Moderate skeptics, on the other hand, were highly likely to change their beliefs once given more evidence of recorded temperature change.

A secondary goal of the paper was to bridge competing theories of climate skepticism as a social phenomenon by looking closely at “source credibility” from the skeptic’s perspective. In other words, McDermottt said, there is a need to acknowledge that many skeptics regard mainstream sources of climate science as untrustworthy. They may not trust scientists over their own sources, which in turn could help to explain why they don’t update their beliefs as scientists provide more information.

“One implication of that is that if you’re trying to think about who to target with messaging to persuade people that climate change is a real and observable phenomenon, you should just accept that some people you’re just not going to convince, even with more years’ worth of evidence.”

Because McDermott employed a quantitative model, he calls the project “a grandiose thought experiment” that uses “hypothetical, stylized skeptics.” While some climate scientists have employed complicated supercomputer models, McDermott’s Bayesian mathematical model uses simpler, standard econometric techniques—bread and butter to environmental economists like him. At its essence, the model provides a framework for combining prior beliefs with new information and seeing how beliefs are updated.

McDermott suggests that further research could be directed to disentangle the root causes of strongly-held skeptic beliefs. Specifically, are skeptics extremely sure of their priors, or simply mistrustful of scientific sources about climate change? Or, perhaps it is some combination of the two?

“The actions of others may often seem irrational to us, and vice versa, but it’s important to recognize that a person’s actions are, more than likely, perfectly congruent with their internal belief system,” McDermott said. “Acknowledging that is an important first step towards crafting effective public policy.”

The security flaw that’s freaked out the internet


Citation:
Climate skeptics not easily persuaded by available evidence, now or later (2021, May 27)
retrieved 27 May 2021
from https://phys.org/news/2021-05-climate-skeptics-easily-evidence.html