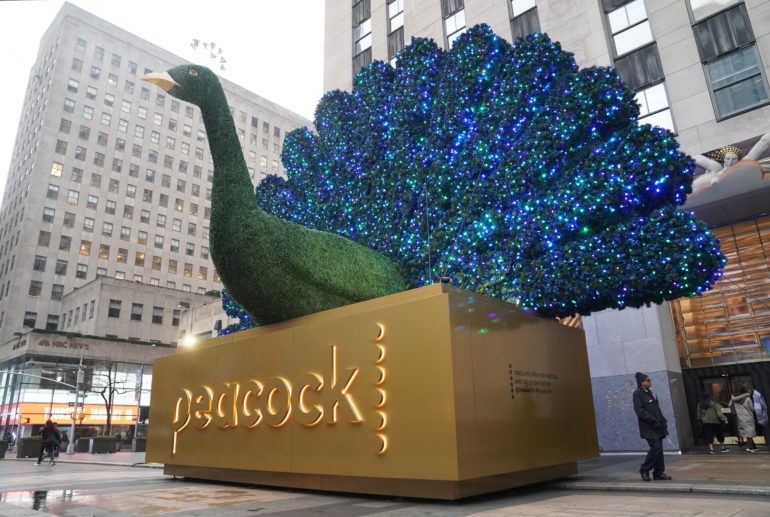 Earnings per share: 56 cents adjusted vs. 48 cents expected in a Refinitiv survey of analystsRevenue: $27.71 billion vs. $26.78 billion expected by RefinitivHigh-speed internet customers:  538,000 vs. 490,000 net adds expected in a FactSet survey

The company said NBCUniversal’s Peacock now has 33 million sign-ups across the U.S., up from 22 million last quarter. The company said its exclusive agreement to stream wrestling matches from the WWE Network in the U.S., announced earlier this week, should also drive sign-ups and engagement, along with the recent launch of “The Office” on the platform.

Comcast also raised its quarterly dividend to 25 cents per share from 23 cents. CEO Brian Roberts said in the earnings report that the company also expects to begin repurchasing shares later in 2021.

Comcast said its Europe-based Sky division has continued to add customers, up 244,000 to 23.9 million in Q4. That brought its customer relationships and overall Sky revenue in Europe back to pre-Covid 2019 levels, the company said.

Comcast’s theme park division, which has suffered due to the pandemic, continued to get hit by closures and capacity reductions stemming from the pandemic. Theme park revenue fell nearly 63% to $579 million. The company said adjusted earnings before interest, taxes, depreciation and amortization was a loss of $15 million, which included costs for its not-yet opened Universal Beijing.

“Without those costs, and better attendance at the Orlando and Osaka parks, even with Hollywood closed, the Theme Parks reached breakeven,” the company said.

The filmed entertainment division has also been battered by the pandemic, which restricted movie theater operations and shut down some movie production. The segment’s revenue decreased 8.3% to $1.4 billion. The company said that was partly offset by higher content licensing revenue. Its adjusted EBITA increased more than 65% to $151 million, “reflecting lower revenue more than offset by lower operating costs — driven by lower advertising, marketing and promotion expenses due to a reduced number of releases to the prior year.”

Comcast said its decision to release titles on premium video-on-demand has proven to be profitable.

The company said the rollout of vaccines brings optimism that its impacted business segments will return to growth. It’s also optimistic that the Tokyo Olympics, scheduled to open on July 23, will still occur.

“Anything could happen, but we’re pretty confident that the Olympics will happen and the advertisers are hopping in and agreeing,” NBCUniversal chief Jeff Shell said on the company’s earnings call.

Here’s how Comcast’s divisions did for the quarter compared with a year earlier:

Disclosure: Comcast is the owner of NBCUniversal, the parent company of CNBC.