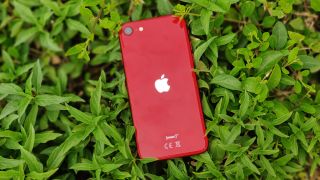 Apple, which is slowly moving its supplier base from China, is betting big on India. On cue, Pegatron, Apple’s second largest contract manufacturer, has okayed an initial investment of $150 million (Rs 1100 crore) for building manufacturing facilities in India.

The Taiwanese company Pegatron has already registered a subsidiary in Chennai and its officials are holding discussions with multiple state governments for land allocation.

Pegatron is in India for the long-term

The company’s filing with the Taiwanese Stock Exchange does not disclose further information regarding the venture, other than the company describing it as a “long-term investment”.

But its CEO Liao Syh-jang has been quoted in the Taiwanese media as saying (during a virtual investors’ conference) that this was just the initial investment.

The project has been delayed due to the lockdown restrictions. “Due to the Covid-19 situation, it has been harder for Pegatron staff to visit India, resulting in delays,” the company said.

Pegatron has to produce handsets worth Rs 4000 crore in its first year under the Indian government’s PLI scheme.

Meanwhile, Pegatron’s China operations have run into trouble. Apple had said that it had discovered labour violations involving student workers at Pegatron factories in China and that it would freeze new business with the firm until the situation is addressed.

The three main Apple phone assemblers in India, Foxconn, Wistron and Pegatron are happy with the Indian government’s PLI (Production-Linked Incentive) scheme that the companies have committed themselves to $900 million (Rs 6500 crore) over the next five years.

The PLI scheme offers companies cash incentives on any increase in sales of locally-made smartphones over the next five years, compared with 2019-20 levels.

Foxconn, Wistron and Pegatron are among the 22 phone makers that had got the go-ahead under the PLI scheme. Samsung is the other high-profile international name in the list.

But while Foxconn and Wistron have manufacturing facilities in India (at Tamil Nadu and Karnataka respectively), it is Pegatron that is still to finalise its operations. But it is learnt that it will start availing of the incentives under the PLI scheme only from April 1, 2021.

Pegatron has 11 production facilities worldwide. It is also considering a plan to set up a plant in the US. In India, its manufacturing unit may come up in Tamil Nadu (where its office is currently registered).

Apple’s production in India this year till September last was 1.2 million units. This figure is said to be good as it has been achieved overcoming a 45-day shutdown of factories due to lockdown.

Apple is selling 42% of its production in India itself. But it is planning to increase its sales target for India.