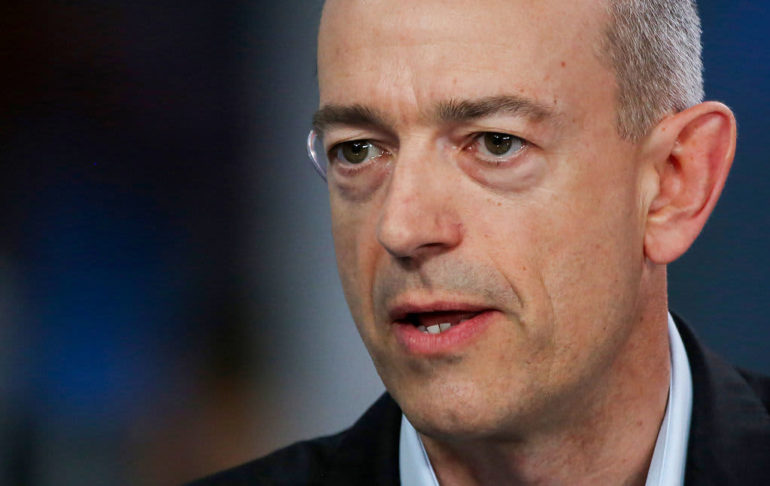 Nvidia announced Sep. 13 that it plans to buy the British chip designer from Japan’s SoftBank in a $40 billion mega-deal but the acquisition has several hurdles to overcome.

“There are regulatory approvals to go through in many jurisdictions around the world,” Segars said Tuesday evening. “That is a drawn-out process. There’s a lot of interaction that has to go on with the regulators to provide the information that they want.”

When the deal was announced, Nvidia and Arm said they expected the deal to take 18 months to complete. “We’re about two months into that now and we still expect that it’s going to take the remaining 16 months to go through the process,” said Segars.

The Cambridge-headquartered firm has a joint venture called “Arm China” with Chinese private equity firm Hopu Investments. Arm China is headquartered in Shanghai, meaning China’s Ministry of Commerce and China’s State Administration for Market Regulation will have the right to review the proposed Nvidia deal.

“Technically, Beijing can block the deal,” Abishur Prakash, a geopolitical specialist at the Center for Innovating the Future, a Toronto-based consulting firm, told CNBC by email last month.

Local chipmakers in China including Huawei have urged Beijing to try to block the deal over fears that they could be at a disadvantage if Arm ends up in the hands of a U.S. company. Arm’s energy-efficient chip architectures are used in 95% of the world’s smartphones and 95% of the chips designed in China.

Asked if he’s concerned about pressure from Chinese regulators, Segars said: “Regulators generally are going to take a good look at this transaction because both Arm and Nvidia are so significant in the world of technology.”

To complicate matters further, Allen Wu, the chief executive of Arm’s China joint venture, was voted out by the company’s board in June after he reportedly set up an investment fund in the Cayman Islands without their knowledge. However, he has refused to leave.

Wu is now asking for a buyout of shares he manages worth up to $1 billion, according to a report from The Sunday Telegraph newspaper on Nov. 8.

Closer to home, Arm’s co-founder Hermann Hauser has urged the U.K. government to intervene in the acquisition. “I think it’s an absolute disaster for Cambridge, the U.K., and Europe,” Hauser told the BBC in September.

Nintendo Switch OLED release date, price and is it 4K?

Hauser said thousands of Arm employees will lose their jobs in Cambridge, Manchester, Belfast, and Warwick if Nvidia “inevitably” decided to move Arm’s headquarters to the U.S. and make the company a division of Nvidia.

He also thinks Nvidia would “destroy” Arm’s business model, which involves licensing chip designs to around 500 other companies including several that compete directly with Nvidia.

Shadow Business Secretary Ed Miliband said in a statement shared with CNBC in September: “Arm is a major British success story, but the government is doing nothing in the face of the risk of the company being swallowed up by Nvidia.”

“If the government truly believes in an active industrial policy, it cannot be right that they are ignoring the potential consequences of this takeover — including the possible implications for where the company is headquartered and the thousands of jobs in Britain that depend on it.”

The U.K. government is currently trying to push a new National Security and Investment Bill through Parliament, which would bring about a new regime for reviewing business transactions, such as takeovers.

However, the government has not confirmed if Nvidia’s acquisition of Arm would be reviewed under the new bill, should it be passed.