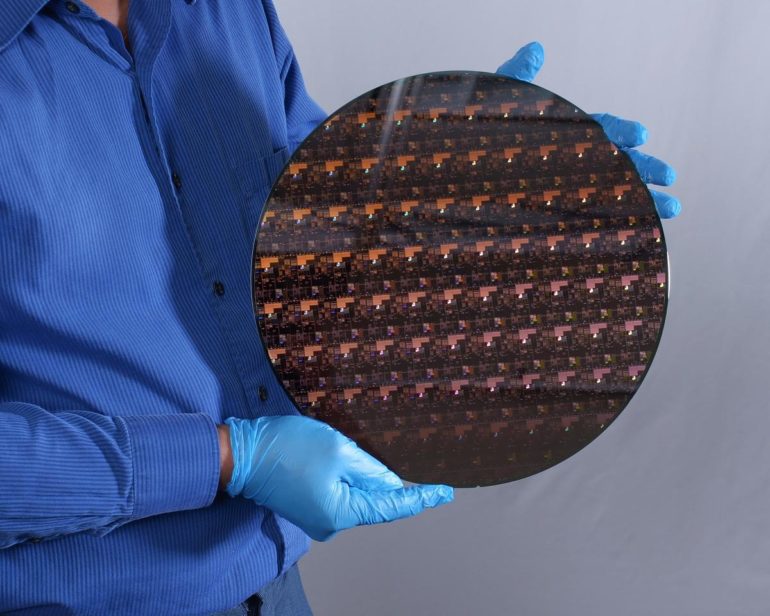 IBM earlier this month announced what has been labelled a breakthrough in semiconductor design and process — the development of a chip with 2-nanometre nanosheet technology.

According to IBM, the 2nm processor will improve performance by 45% using the same amount of power or use 75% less energy when compared to 7nm-based chips. The test chip can fit 50 billion transistors on a chip the size of a fingernail.

The 2nm technology will go into production toward the end of 2024. Mass usage could come around 2025.

“2nm is very exciting,” IBM Research vice president Mukesh Khare declared while speaking with media in the Asia-Pacific on Friday. “Everything is built with atomic precision.

“This is exciting because most advanced manufacturing in the world is in about 7nm and some are in 5mn, and we are here to show we could put together a 2nm transistor. That means this industry will keep going for the next decade, that’s what these results mean.”

On comparing IBM’s advancements to Apple’s M1 chip, Khare said it wasn’t fair to do so.

“This is strange, but it’s comparing apples and oranges in this case because the M1 chip is a product using existing technology, older technology,” he told ZDNet. “What we are talking about is a breakthrough … which will be available in three or four years from now, so I don’t think it’s fair to compare something which is built based on innovations which were done four-five years ago.”

“And now we are announcing 2nm tech in 2021, so there is a time difference, and it’s not fair to compare something that was innovated many years ago with something which is innovated now.”

When news of the leap in miniaturisation broke, IBM’s work was described by some as a “sign of continued US prowess in the technology race”. Khare said such a characterisation was incorrect and that the innovation would be available to all to progress work globally.

With the COVID-induced chip crunch still plaguing supply chains and affecting industries the world over, Khare said it was a great time to be involved in the semiconductor industry.

“These innovations take time to really convert into product and what it does — the semiconductor industry takes many years to innovate this technology, then convert that into manufacturing — what it does is it provides confidence to companies who are investing in semiconductors that this industry is going to thrive for more than 10 years, for decades, so it gives more confidence to invest more,” he said.

In Apps and WebCompaniesSmartphonesStartups
on 28 July 20201 min read

Khare believes news of the 2nm chip gives a clear roadmap that companies will have access to the “know-how” for years to come, signalling they can continue to invest and build capacity for digitisation and chip creation.

“It’s actually a great time to be in semiconductors, that the confidence is high, and there’s more investment and more design and we’re putting a stake in the ground that we have a plan for the next 10 years,” he said. “There’s no end to Moore’s Law and there’s no wall we can’t break through with this technology.”

Asked if it was possible to have a smaller semiconductor, Khare responded with, “absolutely”.

“We are not going to stop and there is so much innovation and so much energy into R&D of semiconductors — this train, it keeps going and getting better and better.

“It’s not linear that the same technique we used last time can be used next time, but there are more ideas that are out there that we are exploring so that we can continue to make progress in chip technology for the foreseeable future.”