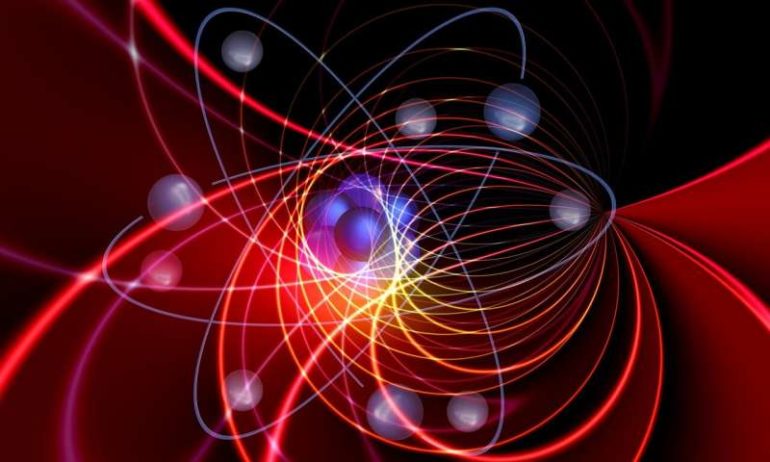 Researchers have found a way to protect highly fragile quantum systems from noise, which could aid in the design and development of new quantum devices, such as ultra-powerful quantum computers.

The researchers, from the University of Cambridge, have shown that microscopic particles can remain intrinsically linked, or entangled, over long distances even if there are random disruptions between them. Using the mathematics of quantum theory, they discovered a simple setup where entangled particles can be prepared and stabilized even in the presence of noise by taking advantage of a previously unknown symmetry in quantum systems.

Their results, reported in the journal Physical Review Letters, open a new window into the mysterious quantum world that could revolutionize future technology by preserving quantum effects in noisy environments, which is the single biggest hurdle for developing such technology. Harnessing this capability will be at the heart of ultrafast quantum computers.

Quantum systems are built on the peculiar behavior of particles at the atomic level and could revolutionize the way that complex calculations are performed. While a normal computer bit is an electrical switch that can be set to either one or zero, a quantum bit, or qubit, can be set to one, zero, or both at the same time. Furthermore, when two qubits are entangled, an operation on one immediately affects the other, no matter how far apart they are. This dual state is what gives a quantum computer its power. A computer built with entangled qubits instead of normal bits could perform calculations well beyond the capacities of even the most powerful supercomputers.

“However, qubits are extremely finicky things, and the tiniest bit of noise in their environment can cause their entanglement to break,” said Dr. Shovan Dutta from Cambridge’s Cavendish Laboratory, the paper’s first author. “Until we can find a way to make quantum systems more robust, their real-world applications will be limited.”

Several companies—most notably, IBM and Google—have developed working quantum computers, although so far these have been limited to less than 100 qubits. They require near-total isolation from noise, and even then, have very short lifetimes of a few microseconds. Both companies have plans to develop 1000 qubit quantum computers within the next few years, although unless the stability issues are overcome, quantum computers will not reach practical use.

Now, Dutta and his co-author Professor Nigel Cooper have discovered a robust quantum system where multiple pairs of qubits remain entangled even with a lot of noise.

They modeled an atomic system in a lattice formation, where atoms strongly interact with each other, hopping from one site of the lattice to another. The authors found if noise were added in the middle of the lattice, it didn’t affect entangled particles between left and right sides. This surprising feature results from a special type of symmetry that conserves the number of such entangled pairs.

“We weren’t expecting this stabilized type of entanglement at all,” said Dutta. “We stumbled upon this hidden symmetry, which is very rare in these noisy systems.”

They showed this hidden symmetry protects the entangled pairs and allows their number to be controlled from zero to a large maximum value. Similar conclusions can be applied to a broad class of physical systems and can be realized with already existing ingredients in experimental platforms, paving the way to controllable entanglement in a noisy environment.

“Uncontrolled environmental disturbances are bad for survival of quantum effects like entanglement, but one can learn a lot by deliberately engineering specific types of disturbances and seeing how the particles respond,” said Dutta. “We’ve shown that a simple form of disturbance can actually produce—and preserve—many entangled pairs, which is a great incentive for experimental developments in this field.”

The researchers are hoping to confirm their theoretical findings with experiments within the next year.

Generating photons for communication in a quantum computing system