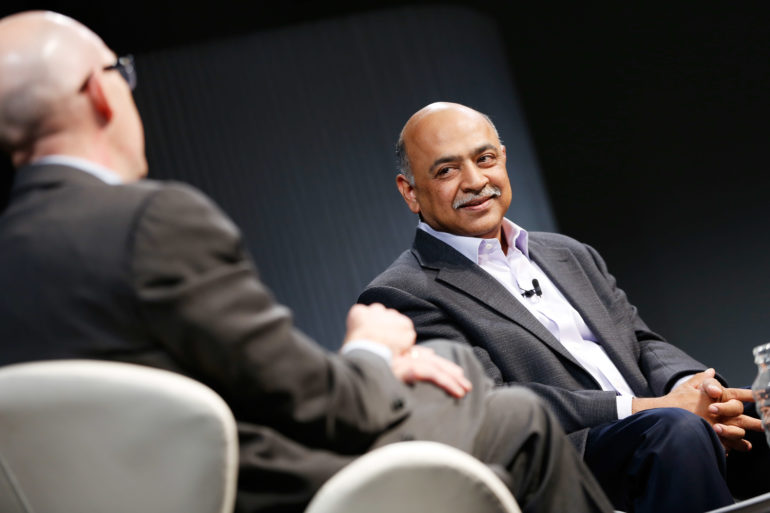 IBM shares rose as much as 4% in extended trading on Monday after the enterprise technology and services provider reported second-quarter earnings that came in stronger than analysts had expected.

Revenue grew 3% year over year in the quarter, according to a statement, the fastest growth in three years, as the company laps a quarter that saw meaningful impact from the coronavirus. In the previous quarter revenue had grown 0.9%. The company reiterated its expectation that revenue will grow, rather than decline, in the full year.

“The overall spend environment continues to improve,” CEO Arvind Krishna said on a conference call with analysts. “With the economy reopening in many parts of the world, many markets and industries are getting back on track. We see this in North America and in select industries.”

IBM’s Global Technology Services segment, containing managed services, outsourcing and support, delivered $6.34 billion in revenue. That was up slightly and above the $6.23 billion consensus among analysts polled by FactSet. IBM continue to expect to spin out the Managed Infrastructure Services component of Global Technology Services, under the name Kyndryl, by the end of the year.

“While our performance with existing clients remains strong, as we would expect, the sales cycles for new logo clients is elongating as they await further information related to Kyndryl,” said Jim Kavanaugh, IBM’s finance chief.

The Cloud & Cognitive Software business, which includes Red Hat, contributed $6.10 billion in revenue, up 6% and more than the FactSet consensus of $5.93 billion.

The company’s Global Business Services consulting unit had $4.34 billion in revenue, growing almost 12% and higher than the $4.03 billion FactSet consensus.

“Clients are accelerating their rate and pace of digital transformations using cloud and AI to gain operational insights, increase productivity and create new growth opportunities,” Kavanaugh said. The company has been investing in building skills for competing cloud providers, such as Amazon Web Services and Microsoft Azure, he said.

Systems revenue, including hardware, came out to $1.71 billion, which was down 7%, meeting consensus.

In the quarter IBM spent $1.75 billion on acquisitions, the most in a single quarter since it closed the $34 billion Red Hat deal in the third quarter of 2019. It said it was acquiring process-mining software company myInvenio, application-management company Turbonomic and Salesforce consulting company Waeg. The company also announced 2-nanometer chip technology, as well as new artificial-intelligence features for its Watson Studio software for building models.

Excluding the after-hours move, IBM shares are up 9% since the start of the year, while the S&P 500 index is up almost 13% over the same period.