IBM stock soars on plans to spin off IT infrastructure, focus on cloud 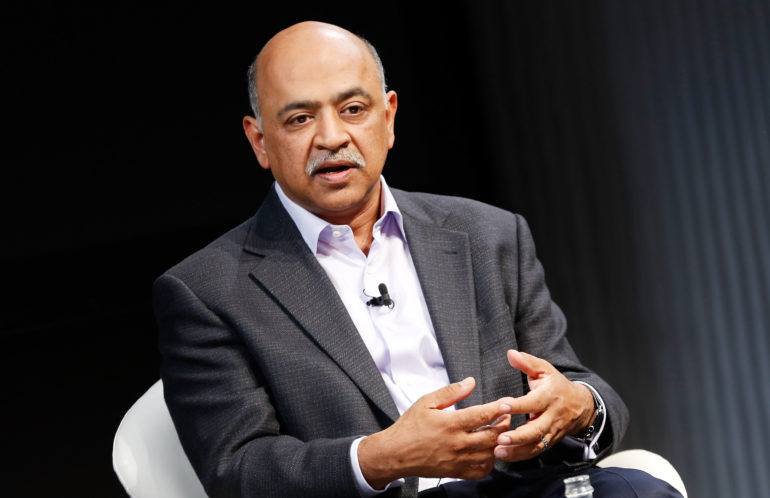 IBM said Thursday it would spin off its IT infrastructure unit into a new publicly traded company to focus its legacy business more on cloud computing, a high-margin segment that has seen a boost as companies increasingly ramp up their digital shift.

Shares of the company were up more than 7%.

Specifically, IBM will spin out the Managed Infrastructure Services unit of its Global Technology Services business into a new company, temporarily called NewCo, by the end of 2021. IBM said it will manage and modernize client-owned infrastructures, which it says is a $500 billion market opportunity. J.P. Morgan and Lazard are serving as financial advisors for the transaction.

“We believe we can deliver strong growth within the company with the financial flexibility we will create with this transaction,” CEO Arvind Krishna told CNBC’s “Squawk on the Street.”

IBM has trimmed its legacy businesses over the years to focus on cloud, aiming to make up for slowing software sales and seasonal demand for its mainframe servers.

Krishna, who took over as chief executive officer from Ginni Rometty in April, said IBM’s software and solutions portfolio will account for the majority of company revenue after the separation.

“IBM will focus on its open hybrid cloud platform and AI capabilities,” Krishna said earlier Thursday in a prepared statement. “NewCo will have greater agility to design, run and modernize the infrastructure of the world’s most important organizations. Both companies will be on an improved growth trajectory with greater ability to partner and capture new opportunities – creating value for clients and shareholders.”

“The success we’ve had with Red Hat gives us confidence that this is the right move,” he added, calling the move a “significant shift” in the company’s business model. IBM’s Cloud and Cognitive Software segment, which includes Red Hat, produced $5.75 billion in revenue in its second quarter of 2020, slightly beating analysts’ estimates. The Global Technology Services unit, which is the portion from which the new company is being spun out, booked $6.32 billion in Q2, a drop of 8% from the previous year.

IBM also provided preliminary financial results for the third quarter. The company said it expected third-quarter revenue of $17.6 billion and an adjusted profit per share of $2.58, in line with Wall Street estimates. IBM is expected to report Q3 earnings Oct. 21.

— Reuters contributed to this report.