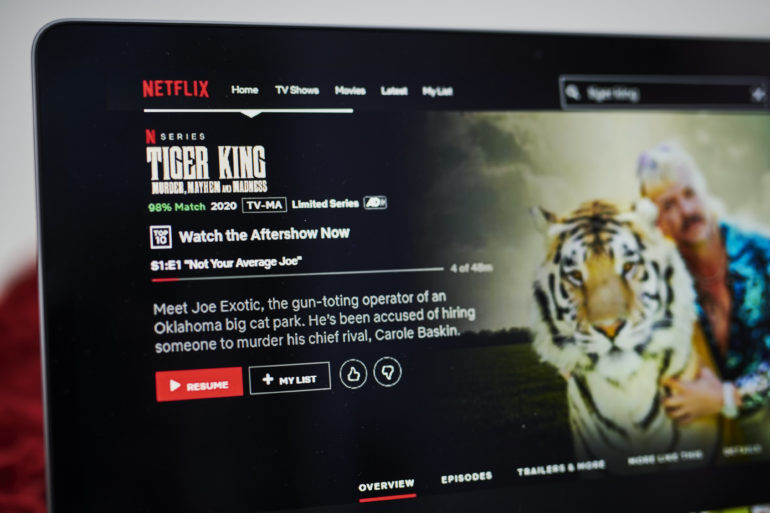 Netflix stock soared as much as 15% Wednesday to briefly trade at an all-time high, a day after the company revealed in its Q4 2020 earnings report that it was considering stock buybacks and had surpassed 200 million subscribers for the first time.

“We’ve gone from a historical bear on NFLX to a card-carrying bull,” Wells Fargo analysts said Wednesday in a note to clients. The firm also upgraded its price target to $700 per share, up from $510. At least 15 other firms also hiked their price targets.

The video streaming giant said it expects to become cash flow positive after 2021, helping to make the bull case for analysts.

“We remain bulls on the NFLX story as NFLX offers consumers an increasingly compelling unique entertainment experience on virtually any device, w/o commercials at a still relatively low cost,” Pivotal Research Group analysts said in a note Wednesday.

Netflix has benefitted from the stay-at-home boom, since the pandemic has left millions in need of daily entertainment in the comfort of their homes. That likely helped push its paid subscriber count to more than 200 million for the first time. It reached 100 million subscribers in 2017.

The best Alexa devices for your home office

In CompaniesRobotics
on 27 November 202037 min read

Netflix’s growth also comes as the streaming wars continue to heat up, with competition from Apple TV+, Discovery+, Disney+, HBO Max from AT&T’s WarnerMedia and Peacock from CNBC parent NBCUniversal. ViacomCBS’ Paramount+ is set to launch in March.

“We continue to believe the bear case around competition hindering the long-term success of NFLX is overblown,” Jefferies analysts said Tuesday. “Some competitors will succeed, some won’t, but the big picture is that there will be multiple winners within the OTT streaming space, and we expect NFLX to remain at the top of the food chain.”

Disclosure: NBCUniversal is the parent company of CNBC.