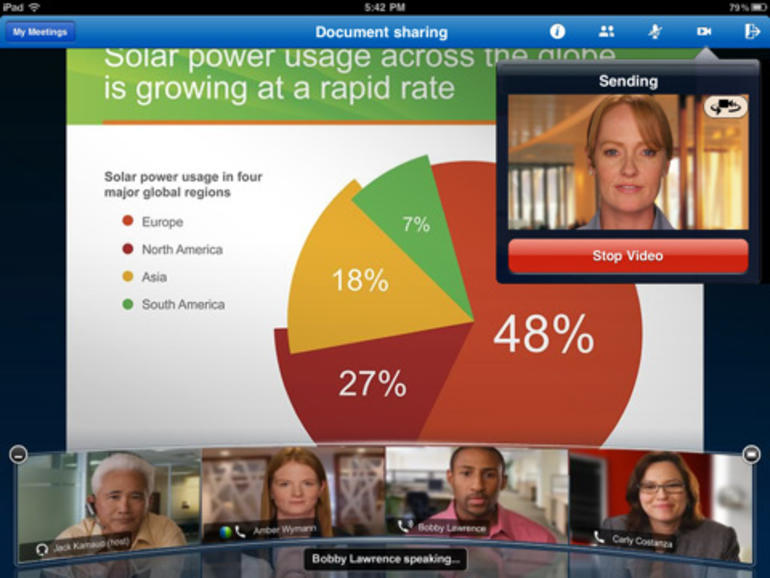 Earlier this month, CNBC’s Jim Cramer was discussing Cisco Systems on his “Mad Money” talk show. One of the markets he discusses frequently is the collaboration space, and he called a recent Cisco Webex TV ad “quite compelling.” After he made the comment, I watched the ad and agreed with Cramer because it highlighted much of the recent innovation from the Webex group.

Educating buyers on what’s new can be difficult, but showing them how those things can be used can be even more difficult. The real-world uses cases are what I thought made the ad compelling.

As an analyst and IT pro before that, I’ve been looking at collaboration tools since the days of the roll-around video carts. During that time, I do not remember a year in which there has been as much innovation as this past one. Much of the recent innovation was driven by the increased reliance on these tools, and many people were forced to work remotely because of the pandemic. One of the challenges vendors like Cisco have is exposing buyers to all the new features that have been added in recent months. Unless one follows the market day after day, like I do as a market research analyst, it would be impossible to know what those are.

The ad Cramer was referring to can be found on YouTube, and it highlights how the McLaren F1 racing team is using Webex. Here are some of the recent features that are included in the product of which many people are unaware.

New devices. At the eight-second mark, a McLaren person named Zak logs on to the new Cisco Deskpro endpoint. On the screen, it states that Zak can tap the screen or open the Webex app to get started. During the past year, Webex has rolled out a number of new endpoints that interoperate seamlessly with the software to make using the technology simple. Apple is near-perfect in this area with consumer technology, and Cisco is doing the same with corporate tech.

Mobile app. Historically, most collaboration vendors thought desktop first, with mobile being an afterthought. Now that everyone is working from everywhere, the mobile experience needs to be as good or better than the desktop. At the 16-second mark of the video, you can see a person walking and Webexing on his mobile with six other participants. I’ve used Webex mobile and find the experience to be easy and intuitive.

Polling. At 18 seconds, the McLaren team is running a poll through Webex. What is seen on screen is the integration of Slido, a recent acquisition by Cisco that makes audience interaction easier. With Slido, the host of the session could ask something like: “Who has the best fans,” and respondents can type their reply. The popularity of the response is reflected by the size of the font. Apparently, Australia has the best fans.

Real-time translation. We work in a global environment, making language an issue with online meetings–particularly if one speaks too fast, as I am often accused of doing. At 30 seconds, it shows the conversation being translated into simplified Chinese, while the speaker is talking in English. This was enabled on a tabled with a tap of the finger.

Noise removal. There are many cases when someone is on a video call and the background noise disrupts the call. In this case, the McLaren team member is in a lab and people are working around them. Typically, in this situation, the person would need to leave the room and go somewhere quiet for the call. At the 41-second mark in the video, the person taps Noise Removal, and it eliminates all background noise. I’ve used this feature and can attest to the fact it works as advertised. One more note: the video shows this being done on a Cisco Deskpro, but it’s also available in the desktop and mobile clients.

The above is just a small snippet of the new features in Webex. Last month, Cisco held an event where it rolled out its new Webex Suite and modernized logo. ZDNet’s Stephanie Condon provided a summary of the event in this post. In her post, she highlighted that Webex has added 800 new features since last September and 400 since March. Videos, such as the McLaren one, are an effective way of highlighting some features, but it’s critical that businesses do their homework when making a purchase decision.

Collaboration platforms like Webex’s are important for hybrid working. Buyers need to understand that the products available today are light years ahead of where they were just a year ago.

My word of advice is not to make a purchase based on who the incumbent is or the fact that it comes bundled with other software. Many of the advanced features can make a significant difference in productivity. The right vendor will help the business run smoothly and efficiently, whereas the wrong choice will hold the company back.