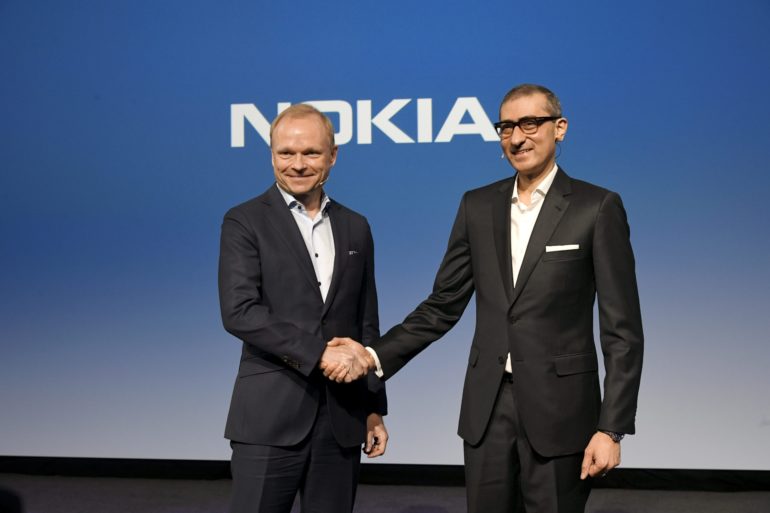 LONDON — Nokia announced Tuesday that it has signed a major 5G equipment deal with BT, which is the biggest telecoms group in Britain.

The announcement comes after the U.K. said in July that it would ban Huawei equipment from its 5G network rollout, and it suggests Nokia is replacing Huawei’s remaining share of infrastructure in BT’s 5G network.

Philip Jansen, CEO of BT Group, said in a statement: “In a fast-moving and competitive market, it’s critical we make the right technology choices.”

The financial terms of the deal were not disclosed.

Under the deal, Nokia will provide 5G equipment and services at 11,600 BT radio sites across the U.K, according to industry sources familiar with the matter.

Specifically, BT will use Nokia’s AirScale Single Ran (S-RAN) equipment to provide indoor and outdoor coverage to its customers. That equipment includes base stations and radio access products.

The Finnish telecoms firm said it will become BT’s largest infrastructure partner as a result of the deal, with industry sources telling CNBC that it will account for 63% of BT’s entire network.

Nokia currently powers BT’s network in London, the English Midlands and some rural locations — but that footprint is now set to expand.

Pekka Lundmark, president and CEO of Nokia, said in a statement: “Our two companies have collaborated for over a quarter of a century in order to deliver best-in-class connectivity to people across the United Kingdom.”

He added: “We are proud to support BT’s 5G network evolution and look forward to working even more closely together in the years to come.”

In July, U.K. Culture Secretary Oliver Dowden said mobile network operators in the country would be forced to stop buying equipment from Huawei by the end of the year. They are also required to strip out Huawei gear from their infrastructure by 2027.

It’s a major reversal for the U.K., which in January gave Huawei restricted access to the country’s next-generation mobile networks. Under previous guidelines, mobile network operators were required to reduce the share of Huawei kit in noncore parts of their infrastructure to 35% by 2023.

A Huawei spokesperson said: “We embrace fair competition as it delivers innovation for the consumer and the more diversified a supply chain, the more competitive it becomes. U.K. networks face being dependent on just two vendors for 5G from 2027, delaying the 5G roll-out and undermining diversity of supply so essential to network security.”