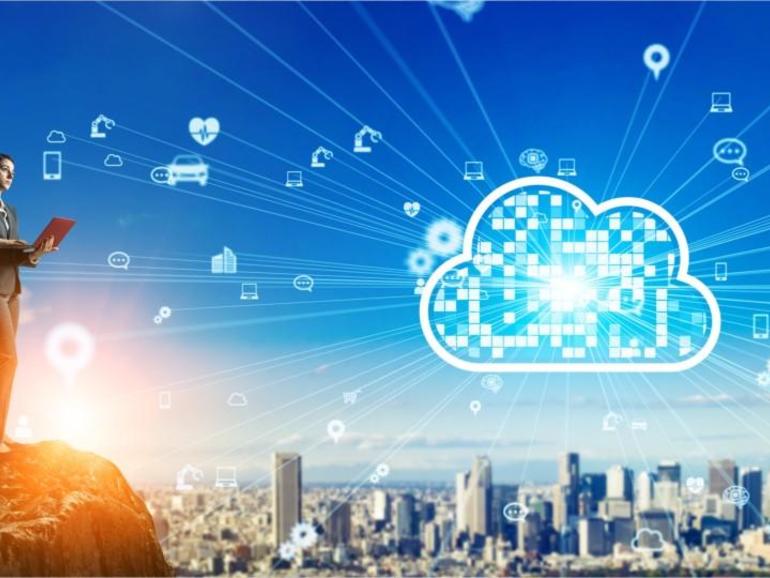 At the virtual KubeCon, leading Linux and cloud company Red Hat showed up new edge computing capabilities for Red Hat Enterprise Linux (RHEL) and Red Hat OpenShift, its Kubernetes platform. With these, RHEL will be more stable than ever in even smaller hardware footprints. Meanwhile, OpenShift will support a remote worker node architecture to help deliver Kubernetes to space-constrained and remote deployments.

Why? Because edge computing, as Arpit Joshipura, The Linux Foundation‘s general manager of networking, predicted: “Edge computing will overtake cloud computing” by 2025.” Time will tell if Joshipura was right, but according to the Worldwide Edge Spending Guide from IDC, the worldwide edge computing market is estimated to reach $250.6 billion in 2024 with edge-related software predicted to be roughly 21% of this spend. Red Hat wants its share of this market.

Red Hat also strongly believes that edge computing requires open hybrid cloud. And Red Hat’s been betting the house that the future belongs to hybrid clouds built on RHEL and Kubernetes for years.

Red Hat will be doing this RHEL 8.3 edge enhancements. These include:

Rapid creation of operating system images for the edge through the Image Builder capability. This enables IT organizations to more easily create purpose-built images optimized for the broad architectural challenges inherent to edge computing but customized for the exact needs of a given deployment. Remote device update mirroring to stage and apply updates at the next device reboot or power cycle, helping to limit downtime and manual intervention from IT response teams.
Over-the-air updates that transfer less data while still pushing necessary code, an ideal feature for sites with limited or intermittent connectivity.
Intelligent rollbacks built on OSTree, aka libostree, capabilities. This enables users to provide health checks specific to their workloads to detect conflicts or code issues. When a problem is detected, the image is automatically reverted to the last good update. This prevents unnecessary downtime at the edge.

Remote worker nodes enable IT organizations to place single worker nodes in remote locations that can then be managed by centralized supervisor nodes at a larger site, such as a core or regional datacenter. This provides an additional topology choice to organizations pursuing Kubernetes innovation at the edge.

Put this together with Red Hat Advanced Cluster Management for Kubernetes, and you’ll be able to deploy a Kubernetes cluster all the way to the edge. For example, telecommunications can place remote worker nodes on 5G remote Radio Access Network Distributed Unit (RAN-DU) while orchestrating them from the central OpenShift supervisor.

Red Hat strongly believes that without open hybrid clouds, the concept of edge computing as we know it does not exist. Enterprise-grade Linux and comprehensive Kubernetes platforms form the backbone of the hybrid cloud, making these technologies critical to the continued growth of edge computing. The new capabilities for RHEL and OpenShift further drive home this point, making it possible for enterprises to build on open, standards-based innovation across their entire IT estate, from server rooms and virtual environments to public clouds and the most remote locations of their enterprise networks.

IDC thinks Red Hat is on to something. Dave McCarthy, IDC research director for Edge Strategies, remarked: “Edge products and services are powering the next wave of digital transformation, globally and across nearly every industry, with edge technology vendors looking at a substantial market opportunity in the next few years. Software providers like Red Hat that can deliver existing datacenter technologies, like RHEL and OpenShift, in an edge-centric manner are well-positioned to take advantage of this shift.”

Red Hat’s also improved the recently released OpenShift 4.6 in other ways. To help developers switch from legacy applications to cloud-native programs. OpenShift is also adding to its portfolio:

How Google won over biggest critics of San Jose megacampus

The latest update to OpenShift Serverless with Red Hat OpenShift Serverless 1.11, brings full support for Knative eventing. This enables containerized applications to consume as many resources as needed at a given time, without leading to over or under consumption. Red Hat build of Quarkus, a Kubernetes-native Java stack fully supported by Red Hat. With a single Red Hat OpenShift subscription, customers now have full access to Quarkus, enabling developers to repurpose mission-critical Java applications on Kubernetes, backed by Red Hat’s enterprise support and expertise.

Another plus for OpenShift across the hybrid cloud is the Red Hat OpenShift Ansible Content Collection. This enables OpenShift users to deploy ready-to-run applications using Ansible DevOps Playbooks.

The latest OpenShift is now available on more platforms than ever. This includes x86, IBM Z, IBM LinuxONE, IBM Power Systems, and IBM Storage. In addition, it’s offered as a managed or self-managed service on every major public cloud, including AWS, Google Cloud, IBM Cloud, and Microsoft Azure.

You can also run OpenShift on the AWS and Microsoft Azure Government Clouds. Further extending OpenShift’s reach into the public sector cloud is Azure Red Hat OpenShift, a jointly-managed, engineered, and supported offering on Microsoft Azure backed by the expertise of both Microsoft and Red Hat. A similar service is expected to launch on AWS with joint management and support from Red Hat and Amazon.

Sum it all up and Red Hat wants to be your hybrid-cloud and edge computing provider and partner from your data-center to the public cloud to the smallest server on the very edge of your network. All things considered, I think you’d be wise to carefully consider their offerings for your enterprise.