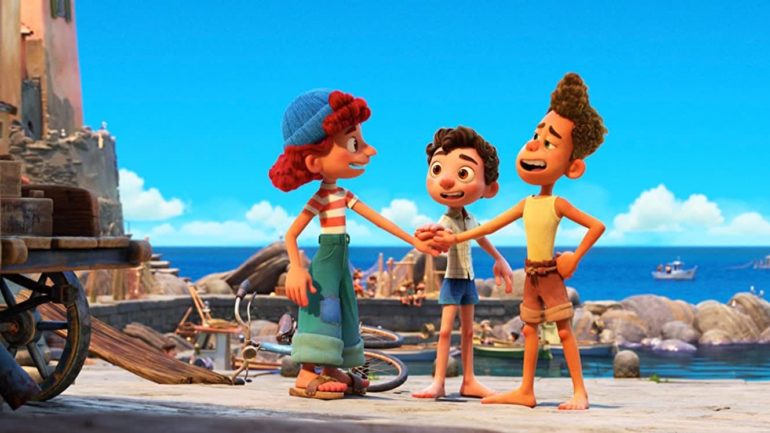 While most Americans are breathing a sigh of relief as they return to normal activities outside the home in the wake of the Covid-19 pandemic, the streaming video industry may not be quite as excited for a return to reality.

Comcast’s NBCUniversal, ViacomCBS, AT&T’s WarnerMedia and Discovery are among the companies that launched streaming video services during the pandemic. Fueled by hundreds of millions of people at home, streaming video was one of the big winners of the pandemic, with subscription service usage surging. Americans spent 44% more time streaming video in the fourth quarter of 2020 than they did a year earlier, according to research firm Conviva.

The streaming wars really begin now. Media and technology companies will need to show investors they can grow streaming subscribers when everyone isn’t stuck inside.

Determining winners and losers isn’t the easiest task. But a simple way to gauge which companies are doing well — and which aren’t — is to look at total number of subscribers and average revenue per user, or ARPU. The more, the better.

The trouble is not every company reveals those numbers. If a company chooses to obfuscate them, there’s probably a reason why. Clarity around subscribers and ARPU may be the clearest indication on who is winning and losing the streaming wars.

As the pandemic (hopefully) subsides, here’s a snapshot of where the biggest players in the streaming wars stand. The figures are based on each company’s most recent quarterly earnings report.

Netflix is the gold standard of transparency. The company breaks out paying subscribers and ARPU for its U.S.-Canada region, EMEA (Europe, Middle East and Africa), Latin America and Asia-Pacific. Netflix doesn’t take advertising revenue, so it doesn’t need to disclose finances related to commercials.

Disney is somewhat transparent with its figures, but not as clear as Netflix. Disney includes the significantly cheaper — and faster growing — Indian streaming service Hotstar in its Disney+ numbers rather than clearly breaking out the number of Disney+ customers. The company also hasn’t broken out figures per region yet. The Information reported Friday that Disney+ growth may be stagnating in the U.S. and Canada.

Disney also doesn’t clarify how many of its streaming customers are on a free trial, such as the one-year free deal it offers for some Verizon customers.

There’s quite a bit of confusion with HBO’s numbers, which AT&T could clarify but has chosen to keep vague. Some pay-TV customers get HBO Max for free because they already pay for HBO. Other AT&T wireless subscribers also get HBO Max included in their bundles. And some HBO watchers don’t use — or haven’t discovered — HBO Max at all.

The company has chosen not to say how many people are specifically using HBO Max. But it has given a solid ARPU number — highlighting the streaming service’s relatively high price (and perceived customer value) to investors.

Of course, AT&T may not have to care for much longer. It’s spinning off WarnerMedia to merge with Discovery. The deal is expected to close in the middle of 2022.

Amazon doesn’t break out a firm ARPU number or a specific Prime member number, but the company is playing a different game than the other streaming services. Most Prime members probably aren’t subscribers just for the video, but instead subscribe for free and fast shipping on Amazon packages, Whole Foods discounts, and other benefits. The lack of disclosure around Prime Video isn’t as much of a red flag as it may be for the other streaming services.

NBCUniversal — the parent company of CNBC — hasn’t been particularly transparent with Peacock yet. Its streaming service stands apart from the competition because some versions of Peacock are free. The Wall Street Journal reported last week less than 10 million people pay for Peacock — either for its $4.99 ad-supported tier or its $9.99 ad-free tier.

NBCUniversal also hasn’t broken out an ARPU figure yet, which would help investors weigh the value of a free subscriber against paying customers. NBCUniversal has publicly estimated an ARPU number across its three tiers of $6 to $7 per month.

Investors will also be curious about Peacock’s global signups number as it spreads across the world.

ViacomCBS doesn’t break out Paramount+ subscribers, preferring to lump them in with its other streaming services. It also doesn’t give an average revenue per user number for Paramount+ or Pluto TV, though CEO Bob Bakish did say Pluto TV advertising revenue will pass $1 billion in 2022. ViacomCBS also hasn’t broken out geographic subscribers, though Chief Financial Officer Naveen Chopra said “the significant majority” of new streaming subscribers were U.S.-based Paramount+ customers.

29.5 million global subscribers, 16.7 million of which are streamingARPU: About $6 per month

In CompaniesSmartphones
on 15 June 20201 min read

Starz is often a forgotten service in the streaming wars, in part because it’s not an independent company –Lionsgate owns it — and because its ambitions are more niche. Still, the company’s transparency around streaming may suggest it’s confident in its future prospects — or that it wants to be acquired.

Discovery was transparent about global subscribers and ARPU in its first quarter earnings, released April 28 — though it didn’t reveal how many of its users signed up through a one-year trial with Verizon.

Discovery also announced it’s merging with WarnerMedia. That’s a sign CEO David Zaslav realized his streaming service probably wouldn’t have the scale on its own to survive. He basically said so himself.

Merging with WarnerMedia not only gives Zaslav more content to compete with, but also refocuses investor interest. Discovery’s streaming performance won’t really matter anymore until its deal with WarnerMedia finalizes. Then, the companies must integrate.

The prize for the least transparency goes to Apple, which has revealed almost nothing about Apple TV+ since launching the service in November 2019. Apple gave away Apple TV+ subscriptions for free for a year — and then extended those free trials. But many of those trials are ending, and users will need to decide if they want to spend $4.99 per month on the service. Perhaps Apple is waiting to reveal statistics until it starts getting recurring revenue from users.

Then again, there’s a reason Apple extended the free trials to begin with — the service is very light on content, especially with many original series delayed during the pandemic. Apple doesn’t have the movie and TV library to compete with the other streaming players, making $4.99 per month offer seem unreasonable.

That’s a long-winded way of saying: don’t expect too much clarity from Apple in the quarters to come either.

Disclosure: NBCUniversal is the parent company of CNBC.

WATCH: What the WarnerMedia-Discovery deal could mean for the streaming wars