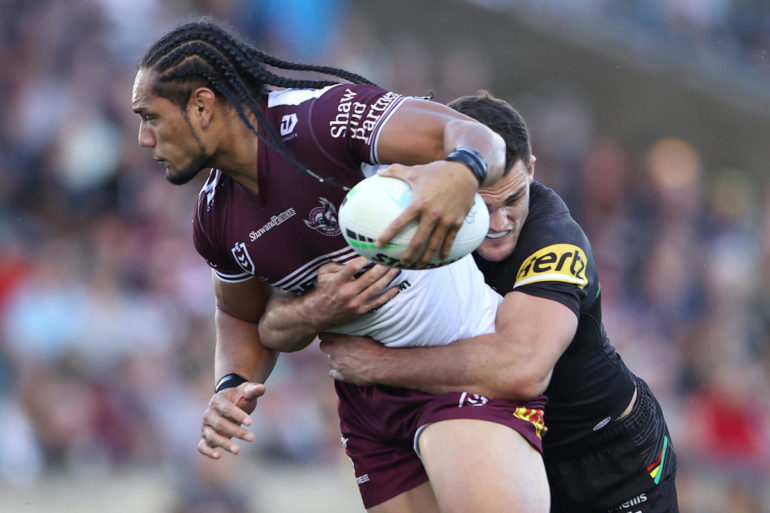 Sydney-based startup Nicco, together with the Manly Warringah Sea Eagles NRL club and IBM, has gone live with the launch of a pilot for a new digital wallet that aims to change the fan experience and provide more value for organisations through data.

Nicco founder and CEO Richelle Nicols has labelled the B2B play as “creating a new economy for sport”. The solution is hosted on IBM Cloud and leverages artificial intelligence at the Sea Eagles’ home games.

With an idea in mind, Nicols approached IBM Garage with a pitch of “advanced consumer engagement”, throwing around other marketing buzzwords such as “hyper-personalisation”. What Nicols wanted, she said, was for businesses, in this example sporting organisations, to understand the differences of each fan and not simply mass email out a newsletter once a week.

“Teams like the Manly Sea Eagles, were communicating with me and my father — they were sending the exact same thing, the exact same communications to me, to my father, to my friends,” she said. “We started looking into why is it that they’re not understanding the difference between [us].”

Unfortunately, she said, such is the case with many consumer-facing businesses that have a ton of data. She explained that the data is rarely maximised because it sits with merchandising, food and beverage, and memberships, creating large gaps.

Nicols told IBM the focus of her business would be data.

“When I say data, I mean really granular, detailed data — more detailed than a bank would collect on you,” she said. “So A, I need to have the highest level of security and compliance … and B, I need to figure out how to put something in an individual’s hand that they want to use.

“Put something into the hands of a fan and they’re going to receive a message that says ‘Hey Sean, thanks for coming to the game today, we know your favourite drink is pinot, would you like one brought to your seat when you arrive’ etc — that kind of level of personalisation.”

Pre-COVID, Nicols was trying to explain that the sponsorship model used by sporting organisations was really fragile.

“Get a logo on a jersey or have a sign up at a stadium — what do you give them in return? Access to email addresses and phone numbers? Well how does that translate into a dollar?” she said.

With IBM, Nicols worked with the idea of focusing on where people spend their money as she believes that is more accurate data on a person than their Google Search history.

“So if I’m a Manly Sea Eagles fan and I buy these types of drinks and this size jersey, and I go another game, or I swipe my membership — all of those transactions, all that data, all that metadata around that can be collected,” she explained.

“Collecting that data and turn it into an asset for the Manly Sea Eagles, they now have a micro view of their fans, but also a macro view to be able to turn around and say, ‘we actually know our fans better than we ever have before’.”

It also allows for partners, such as airline Qantas, to approach the club and offer cross-promotions.

“Manly can say, ‘well this is our segment that is interested in that offer, this is the pricing point that is going to get you the most valuable uptake, so now how much is that worth to you?’ versus trying to sell a logo instead,” Nicols said.

The Manly Money app, Nicols said, was already piloted successfully with a small group of people.

“As simple as happy fans in a stadium … where they can order and transact from their seat and have it delivered from the Golden Eagles, which is the retired players, or pick it up without having to queue,” she continued.

“What we found was that was enough for people to say, ‘that’s value to me’.

“One of the pilots — queues were about 25 minutes to get a drink — in an NRL game, that’s a huge amount of time, 25 minutes out of an 80-minute game. Or around 60 seconds to have it picked up. People were transacting more, the Sea Eagles were getting more rebates from 4 Pines, for example … the flow-on effect is immense.”

Manly Money is built using IBM Cloud Kubernetes Service and as it’s a white-label platform, other organisations get to brand the solution however they like.