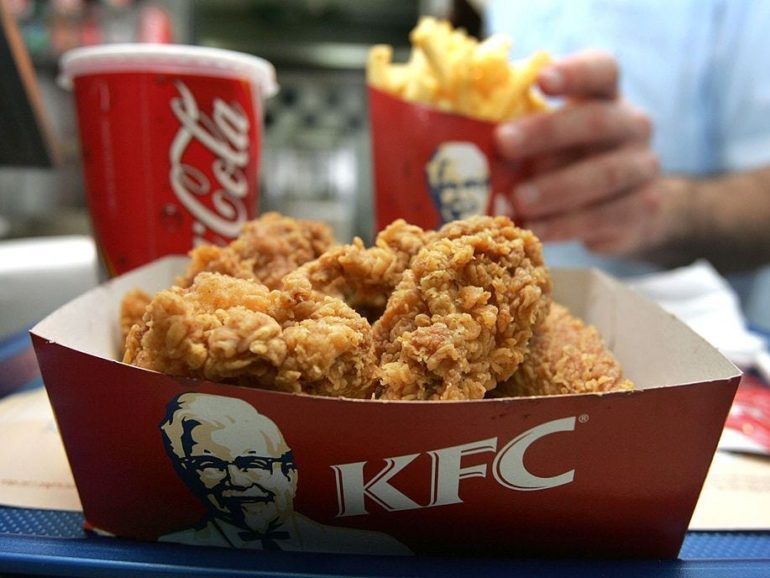 American fast food chain KFC wants to craft the “world’s first laboratory-produced chicken nuggets,” according to a press release — and no, they won’t technically be vegetarian, because they’ll include actual chicken cells.

To create this “meat of the future,” the chain is working with Russian startup 3D Bioprinting Solutions to use “chicken cells and plant material” to print nuggets layer by layer.

KFC claims the approach is more ethical and environmentally sound, as it reduces the need for farming animals.

According to the company, “the production process does not cause any harm to animals.”

The fried chicken giant has yet to actually feed anybody its futuristic nuggets, but the Russian startup is already hoping that the trend will catch on.

“In the future, the rapid development of such technologies will allow us to make 3D-printed meat products more accessible and we are hoping that the technology created as a result of our cooperation with KFC will help accelerate the launch of cell-based meat products on the market,” the statement reads.

Scientists who have experimented with similar bioprinting processes have found them to be extremely slow and laborious, The Verge reports.

Despite the hurdles, though, KFC wants to go ahead and make its Frankenstein nuggets available for final testing in Moscow later this year.

READ MORE: KFC is working with a Russian 3D bioprinting firm to try to make…