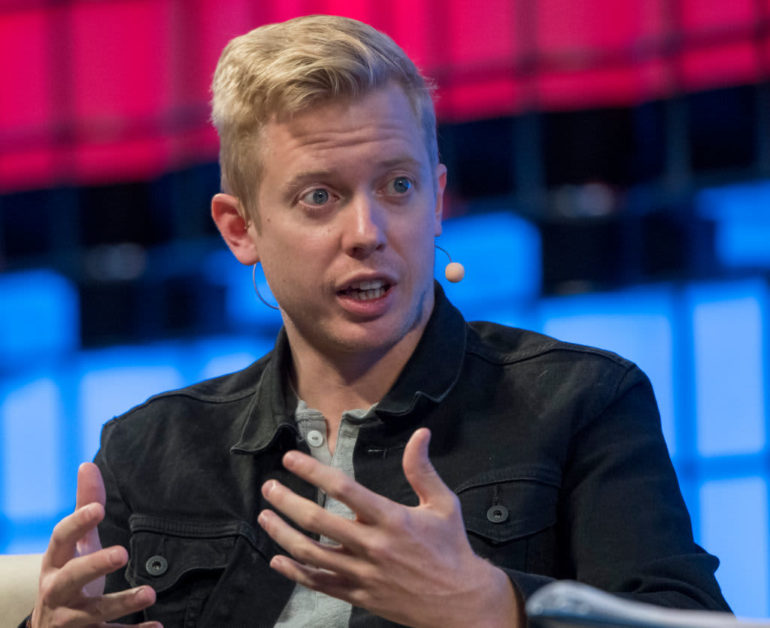 The online network of communities has been thrust into the spotlight this week after a group of investors on its one of its forums — WallStreetBets — inspired a large group of retail investors to buy shares of GameStop, AMC and other heavily shorted companies. Shares soared, causing trading brokerage Robinhood to temporarily restrict option buying in certain equities, though it has re-opened in a limited capacity.

The Reddit community describes itself as “Like 4chan found a Bloomberg terminal illness.” That’s a precarious description these days. Donald Trump supporters used so-called “dark web” forums and others like 4chan to plot the details around the Capitol Hill insurgency that led to Trump’s impeachment and the death of five people. Given those events, the idea of young, potentially disgruntled people using a community to push a mob-driven theme can rub people the wrong way. As CNN noted, “Posters revel in their crudeness; homophobic epithets are tossed around as terms of affection.”

To make sure Reddit communities don’t spiral out of control, Reddit CEO and co-founder Steve Huffman and his team monitor “Daily Active S—heads,” Huffman told a forum on the audio startup Clubhouse Thursday.

Huffman described “DAS’s” as actors that prevent other Redditors from enjoying their experience. As CEO of a social media company, Huffman has had to deal with balancing censorship with free speech, similar to Twitter’s Jack Dorsey and Facebook’s Mark Zuckerberg. When it comes to these users, Reddit gives them plenty of warnings, but if they don’t tone down their language or if they engage in threats or bullying, Reddit eventually removes them.

Then there are entire groups of people who can be problematic. Huffman said shutting down a forum — also called a subreddit — comes “with a heavy heart.” He described giving the subreddit “r/The_Donald,” where participants expressed support of Trump’s rhetoric and policies, many chances to clean up their interactions with others — including Reddit employees. Reddit ultimately pulled the plug on the group on June 29, 2020, about five years after its formation.

Reddit has raised about $550 million in funding, most recently raising $300 million in a Feb. 2019 Series D round led by China’s Tencent at a $3 billion valuation.

Huffman, Alexis Ohanian (now married to tennis star Serena Williams) and Aaron Swartz, who passed away at 26 in 2013, started Reddit in 2005 with backing from Y! Combinator founder Paul Graham. The original intent of the company was to function as the front page of the Internet.

Since then, Reddit has become synonymous for its free exchange of ideas and niche communities around video games, sports, politics and finance. Reddit allows its users to be anonymous, which can lead to more honest — but also more crass — communication. The site also became famous for its “AMAs,” or “Ask Me Anythings,” where experts and celebrities would take questions for users. President Barack Obama did one in 2012.

Ohanian told CNBC this week he sees the banding together of people in Reddit’s “WallStreetBets” as a victory for individuals over financial institutions, who have long dictated investing policy.

“It’s a chance for Joe and Jane America — the retail buyers of stock — to flex back and push back on these hedge funds,” Ohanian told CNBC’s Squawk Box. “This has become something much bigger. It’s very personal to a lot of people. This is a seminal moment. These communities are a byproduct of the connected Internet. Whether it’s one platform or another, this is the new normal.”

In 2006, Conde Nast acquired Reddit for $10 million. Huffman and Ohanian become millionaires. Huffman stuck around until 2009, when he left as acting CEO.

Both co-founders eventually came back to Reddit after Conde Nast had spun off the company, with parent company Advance Communications remaining the majority shareholders. Huffman returned as CEO in 2015. Maintaining Reddit’s reputation as a forum for open communication has become particularly important from a branding perspective as other social media sites, such as Facebook and Twitter, have censored users (including Trump) for instigating violence or proliferating hate speech.

While Reddit hasn’t announced plans for going public. either through a deal with a special purpose acquisition company (SPAC) or initial public offering (IPO), its popularity from this week may lead to a surge in users — and possibly advertising dollars.

Still, public investors would have to get comfortable with a company that houses communities with enough “Daily Active S—heads” that the CEO has a name for them.

WATCH: ‘This is a drastic shift’ – Reddit co-founder Alexis Ohanian on WallStreetBets