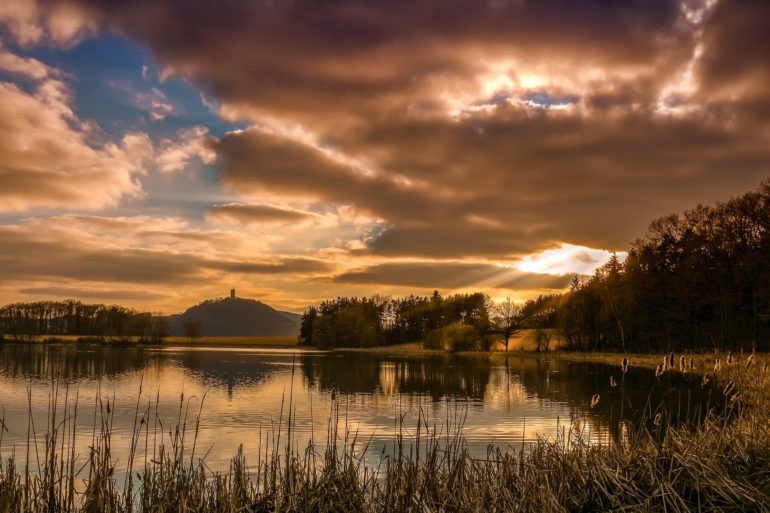 Many lakes and ponds are changing colors—from pleasant blue or clear to murky brown or green, caused by runoff of nutrients and carbon, coupled with warmer temperatures.

Scientists and water managers are working to predict conditions that create color changes and algal blooms, but that’s easier said than done.

Researchers have mostly assumed that the ecosystem relationships that lead to these shifts are linear, such that adding more phosphorus to a lake, for example, would directly and proportionately lead to more algae growth.

But a new global study of lakes finds that these relationships are much more complex, interrelated and nonlinear.

“Our study indicates we cannot accurately predict how lakes respond to added carbon and nutrients without incorporating nonlinear dynamics and considering both inputs together,” said Meredith Holgerson, assistant professor in the Department of Ecology and Evolutionary Biology in the College of Agriculture and Life Sciences, and first author of the study, “Integrating Ecosystem Metabolism and Consumer Allochthony Reveals Nonlinear Drivers in Lake Organic Matter Processing,” which was published Aug. 6 in the journal Limnology and Oceanography.

Lakes and ponds are increasingly subject to eutrophication, a process where added nutrients promote plant and algae growth that turn lakes green, lower oxygen levels in the water and can be toxic. Another change lakes face is “browning,” where an increase in organic carbon darkens the lake and increases decomposition. Climate change can exacerbate these conditions as more frequent and intense storms increase the runoff of nutrients and organic matter from the terrestrial landscape.

The study examines how inputs of phosphorus and carbon to lakes interact and affect plant growth, respiration and food web allochthony—how much of an organism’s biomass originated from land sources versus aquatic sources.

In the study, a team of eight researchers reviewed the scientific literature to compile datasets of ecosystem metabolism (gross primary production and respiration in a lake) and food web allochthony (how much terrestrial sources fuel the food web) from lakes around the world. While prior studies examined metabolism or allochthony independently, this study is the first to compare them simultaneously across a wide set of lakes. By bringing the two metrics together, the researchers had a clearer understanding of how lakes respond to changes in both nutrients and carbon.

“We found the majority of our relationships were nonlinear for both metabolism and allochthony,” Holgerson said.

In the past, conventional wisdom said that higher external inputs of terrestrial carbon would lead to more allochthony in the food web. “But instead, we found that the highest allochthony required intermediate levels of carbon and phosphorus,” Holgerson said. “In order to predict how lakes will respond to changes in nutrient and carbon loads, we need to understand the shapes of these relationships.”

Since lake dynamics are not linear, she said, the study points to possible thresholds for change.

“Without accounting for these threshold shifts and potential interactions between carbon and nutrients, we would incorrectly predict a lake’s response to change,” she said.

Ultimately, Holgerson said, solutions to eutrophication and browning will involve reducing nutrient and carbon loads to lakes, which, while straightforward in theory, are difficult to implement.