Coronavirus does not infect the brain but still inflicts damage 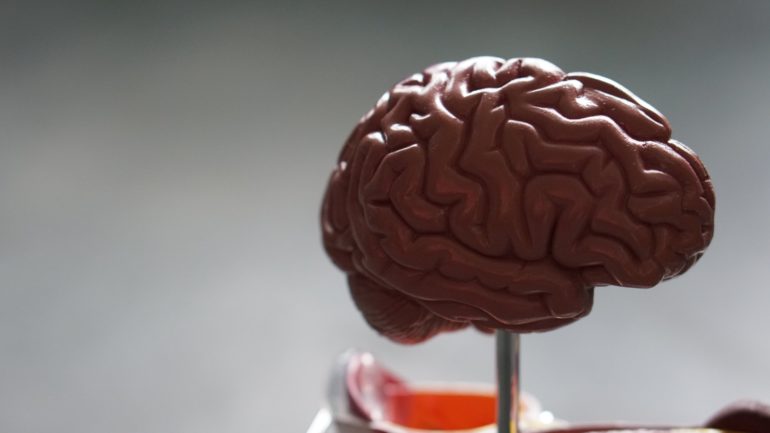 SARS-CoV-2, the virus that causes COVID-19, likely does not directly infect the brain but can still inflict significant neurological damage, according to a new study from neuropathologists, neurologists, and neuroradiologists at Columbia University Vagelos College of Physicians and Surgeons.

“There’s been considerable debate about whether this virus infects the brain, but we were unable to find any signs of virus inside brain cells of more than 40 COVID-19 patients,” says James E. Goldman, MD, Ph.D., professor of pathology & cell biology (in psychiatry), who led the study with Peter D. Canoll, MD, Ph.D., professor of pathology & cell biology, and Kiran T. Thakur, MD, the Winifred Mercer Pitkin Assistant Professor of Neurology.

“At the same time, we observed many pathological changes in these brains, which could explain why severely ill patients experience confusion and delirium and other serious neurological effects—and why those with mild cases may experience ‘brain fog’ for weeks and months.”

The study, published in the journal Brain, is the largest and most detailed COVID-19 brain autopsy report published to date, suggests that the neurological changes often seen in these patients may result from inflammation triggered by the virus in other parts of the body or in the brain’s blood vessels.

No Virus in Brain Cells

The study examined the brains of 41 patients with COVID-19 who succumbed to the disease during their hospitalization. The patients ranged in age from 38 to 97; about half had been intubated and all had lung damage caused by the virus. Many of the patients were of Hispanic ethnicity. There was a wide range of hospital length with some patients dying soon after arrival to the emergency room while others remained in the hospital for months. All of the patients had extensive clinical and laboratory investigations, and some had brain MRI and CT scans.

To detect any virus in the neurons and glia cells of the brain, the researchers used multiple methods including RNA in situ hybridization, which can detect viral RNA within intact cells; antibodies that can detect viral proteins within cells; and RT-PCR, a sensitive technique for detecting viral RNA.

Despite their intensive search, the researchers found no evidence of the virus in the patients’ brain cells. Though they did detect very low levels of viral RNA by RT-PCR, this was likely due to virus in blood vessels or leptomeninges covering the brain.

“We’ve looked at more brains than other studies, and we’ve used more techniques to search for the virus. The bottom line is that we find no evidence of viral RNA or protein in brain cells,” Goldman says. “Though there are some papers that claim to have found virus in neurons or glia, we think that those result from contamination, and any virus in the brain is contained within the brain’s blood vessels.””If there’s any virus present in the brain tissue, it has to be in very small amounts and does not correlate with the distribution or abundance of neuropathological findings,” Canoll says.

The tests were conducted on more than two dozen brain regions, including the olfactory bulb, which was searched because some reports have speculated that the coronavirus can travel from the nasal cavity into the brain via the olfactory nerve. “Even there, we didn’t find any viral protein or RNA,” Goldman says, “though we found viral RNA and protein in the patients’ nasal mucosa and in the olfactory mucosa high in the nasal cavity.” (The latter finding appears in an unpublished study, currently on BioRxiv, led by Jonathan Overdevest, MD, Ph.D., assistant professor of otolaryngology, and Stavros Lomvardas, Ph.D., professor of biochemistry & molecular biophysics and neuroscience.)

Despite the absence of virus in the brain, in every patient the researchers found significant brain pathology, which mostly fell into two categories.

“The first thing we noticed was a lot of areas with damage from a lack of oxygen,” Goldman says. “They all had severe lung disease, so it’s not surprising that there’s hypoxic damage in the brain.”

Some of these were large areas caused by strokes, but most were very small and only detectable with a microscope. Based on other features, the researchers believe these small areas of hypoxic damage were caused by blood clots, common in patients with severe COVID-19, that temporarily stopped the supply of oxygen to that area.

A more surprising finding, Goldman says, was the large number of activated microglia they found in the brains of most patients. Microglia are immune cells that reside in the brain and can be activated by pathogens.

“We found clusters of microglia attacking neurons, a process called ‘neuronophagia,'” says Canoll. Since no virus was found in the brain, it’s possible the microglia may have been activated by inflammatory cytokines, such as Interleukin-6, associated with SARS-CoV-2 infection.

“At the same time, hypoxia can induce the expression of ‘eat me’ signals on the surface of neurons, making hypoxic neurons more vulnerable to activated microglia,” Canoll says, “so even without directly infecting brain cells, COVID-19 can cause damage to the brain.”

The group found this pattern of pathology in one of their first autopsies, described by Osama Al-Dalahmah, MD, Ph.D., instructor in pathology & cell biology, in a case report published last March in Acta Neuropathologica Communications. Over the next few months, as the neuropathologists did many more COVID brain autopsies, they saw similar findings over and over again and realized that this is a prominent and common neuropathological finding in patients who die of COVID.

The activated microglia were found predominantly in the lower brain stem, which regulates heart and breathing rhythms, as well as levels of consciousness, and in the hippocampus, which is involved in memory and mood.

“We know the microglia activity will lead to loss of neurons, and that loss is permanent,” Goldman says. “Is there enough loss of neurons in the hippocampus to cause memory problems? Or in other parts of the brain that help direct our attention? It’s possible, but we really don’t know at this point.”

Goldman says that more research is needed to understand the reasons why some post-COVID-19 patients continue to experience symptoms.

The researchers are now examining autopsies on patients who died several months after recovering from COVID-19 to learn more.

They are also examining the brains from patients who were critically ill with acute respiratory distress syndrome (ARDS) before the COVID-19 pandemic to see how much of COVID-19 brain pathology is a result of the severe lung disease.


Citation:
Coronavirus does not infect the brain but still inflicts damage (2021, April 16)
retrieved 18 April 2021
from https://medicalxpress.com/news/2021-04-coronavirus-infect-brain-inflicts.html