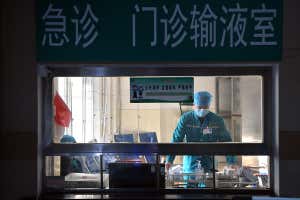 If the spread of the new coronavirus isn’t halted, it could infect 60 per cent of the world’s population and kill 1 in 100 of those infected – around 50 million people.

This is what Gabriel Leung, chair of public health medicine at Hong Kong University, told The Guardian newspaper on 11 February. Is he right? The short answer is that no one knows, because there are many things we still don’t know about the virus.

First, can we stop it spreading globally? So far, there have been over 40,000 cases in China, and 24 other countries have reported around 300 cases. The virus is spreading much more readily than other coronaviruses that have jumped from animals into people.

Halting its spread requires identifying and isolating those who are infected. This could be especially difficult because some people might be infectious even when they have only mild symptoms. And while the average time from people being infected to showing symptoms is around three days, it might sometimes be as long as 24 days – more than the two-week quarantine period currently recommended.

China is taking drastic measures to contain the virus, but it isn’t clear if they are working. There has been a fall in the number of new cases reported per day, but this could be due to hospitals being…