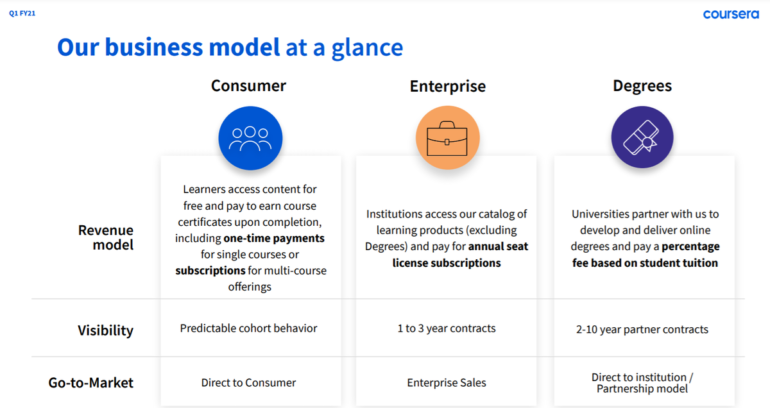 Wall Street was looking for first quarter revenue of $82.32 million and a non-GAAP loss of 31 cents a share.

Coursera CEO Jeff Maggioncalda said “we believe the digital transformation of higher education is only in the early innings.” The COVID-19 pandemic has accelerated online learning and companies such as Coursera and Chegg have benefited.

Consumer revenue remains the biggest chunk of Coursera, but enterprise and degree sales also grew in the first quarter. Here’s the breakdown:

For the second quarter, Coursera projected revenue between $89 million and $93 million. For 2021, Coursera expects revenue of $369 million to $381 million.