DAZN free trial: does it offer one and how do I sign up? 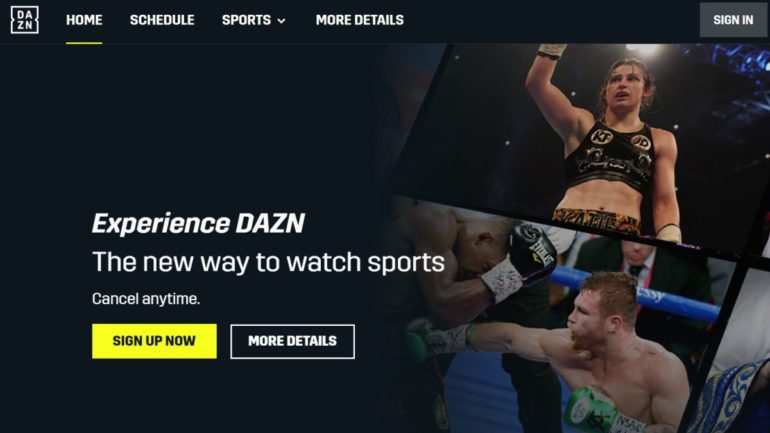 It’s been quite the meteoric rise for sports streaming service DAZN, which was founded as recently as 2015 and humbly launched in Austria, Germany, Switzerland and Japan the following year.

Now, it operates in more than 200 markets and streams some of the world’s biggest sports, including the NFL, Premier League, and many of the top boxing fights around. Its offering varies depending on where you are in the world – especially when it comes to cost and whether a DAZN free trial is available.

While DAZN content and pricing differ by market, usefully for fight fans, it’s increasingly an exclusive global rights holder when it comes to the boxing it shows.

This makes it clear DAZN is now a major player in the over-the-top sports streaming game and boxing in particular. What’s less obvious is where a DAZN free trial is available right now – and how to get the cheapest DAZN price in all the places one isn’t.

DAZN free trial: where can I get one?

As part of its global rollout, DAZN free trial offers have been available in select markets to help introduce new users to the service. This isn’t the case across the board, though, and in most new launch markets, DAZN is now just super cheap instead – just £1.99 in the UK, where it launched.

Scroll down for a closer look at the cheapest places to get DAZN, but also know that it is still possible to get a free DAZN trial in Canada.

And that’s not all, the DAZN free trial is also available in:

Click here to take advantage of the DAZN free trial in any of those countries right now.

Again, DAZN pricing varies by country – quite dramatically and not always fairly.

In the US, it’s a whopping $19.99 a month, which is on the aggressive side when you consider something like HBO Max is just $14.99 a month and you can get a Disney Plus Bundle that throws in Hulu and ESPN+ for only $13.99 a month.

It’s especially rich considering that its content offering is largely the same as that of the UK – mostly boxing and other combat sports, with no Premier League, Champions League or NFL action as in some other markets like Canada – where the service is still privy to this insanely cheap £1.99 a month DAZN introductory offer.

In other words, boxing fans looking for to watch the next big Canelo fight on DAZN will save a bundle if they’re based in the UK – and pay a whole lot more Stateside. If you can’t get a free DAZN trial, then only having to cough up two quid is surely the next best thing.

As is the often the case with market-specific streaming services, DAZN is subject to one of the internet’s more annoying phenomena: geo-blocking. This means you can’t just sign up for a free DAZN Canada trial from anywhere – you have to be in the country. If you’re in the US, UK, or anywhere else for that matter and try to access the DAZN Canada site, you’ll be politely redirected to your region’s version of the service.

A workaround of sorts exists in the form of a VPN, which is a piece of software that allows you to digitally relocate your device’s IP address back to your country of residence – so Canadians abroad can still sign up for a free DAZN trial if they’ve got their home credit card details handy, or access their existing subscription. If that’s you, our latest testing shows our No.1 rated VPN, ExpressVPN, is working well as a way to get your digital self back to the Great White North.

However, if you’re looking to sign up for a free DAZN trial from anywhere other than Canada or Switzerland, you’re out of luck. Instead, consider where you can get the cheapest DAZN price – because here a bit of extra know-how can help you save big.